Britain is the first G7 country to commit to a net zero greenhouse gas emissions target for 2050. 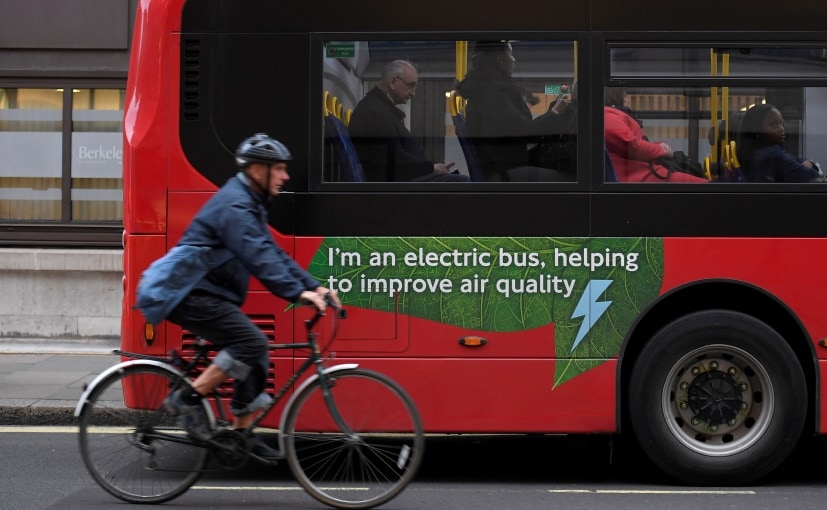 Britain said on Tuesday it would complete a plan next year to achieve net zero emissions from all forms of transport, as climate change activists targeted the transport ministry.

Britain is the first G7 country to commit to a net zero greenhouse gas emissions target for 2050.

"From driving our cars, to catching a train or taking a flight abroad, it is crucial that we ensure transport is as environmentally friendly as possible," said transport secretary Grant Schapps.

Due to be complete next year, the plan will set out in detail what government, business and society must do to deliver the significant emissions reductions needed from all forms of transport.

It will also consider how technology can encourage changes to the way people and goods move across the country, the government said.

Climate change activists, including one of the founders of Extinction Rebellion, defied a police order to end protests on Tuesday after a week of disruption in London targeting Britain's transport ministry.

Among other things, the activists oppose plans to run the HS2 rail project through ancient woodlands.

The transport ministry says the rail line will slash journey times between central and northern England and the capital and be much more efficient in carbon terms than driving.

The government also introduced an environment bill in parliament on Tuesday to help create legally binding targets to protect the environment and reduce pollution.

The bill will also establish an office for environment protection which will hold the government to account on its progress towards the 2050 net zero emissions target.

Britain's business secretary Andrea Leadsom told a parliamentary committee the government would produce a long-awaited energy white paper in the first quarter of next year.

That is expected to outline the government's ambitions for the future of the country's energy system.

"I am very ambitious about our decarbonisation ambitions and the need to set targets and milestones to enable business to get on with it with a very clear steer from government," Leadsom said.