The MG Gloster and Volkswagen Tiguan AllSpace were the full-size six or seven seater SUVs that went on sale last year and both of them have been nominated for the full-size SUV of the year category. 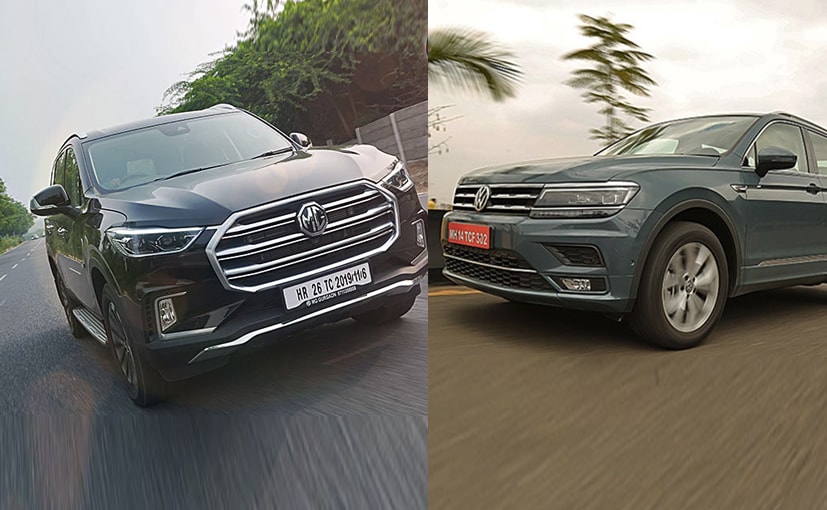 The full-size SUV segment has seen a tremendous amount of contenders entering the scene. Some of the existing models like the Toyota Fortuner and Ford Endeavour received a mid-life update, while the new launches too will help build the segment. The MG Gloster and Volkswagen Tiguan AllSpace were the full-size six or seven seater SUVs that went on sale last year and both of them have been nominated for the full-size SUV of the year category, being all-new models. 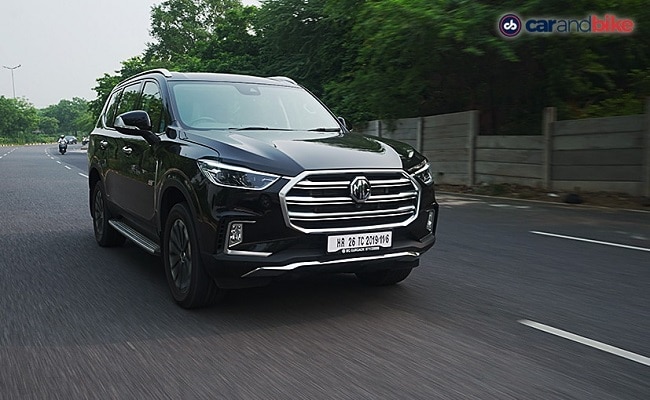 The MG Gloster gets a 2.0-litre, Twin-Turbocharged engine under its hood.

The MG Gloster is the company's flagship model and is laden with features and technology. The Gloster is offered in four variants which are Super, Sharp, Smart and Savvy. The base Super variant will be offered only as a seven-seater. The Smart and Savvy variants is offered as a six-seater only. Sharp is the only trim that will have the option of both six and seven seater configuration. The silhouette is of a typical SUV and it has a big footprint as well. In fact, the Gloster is almost 5 metres in length and has a wheelbase of almost 3 metres.

The 2.0-litre, four-cylinder turbo diesel engine is only available in the base Super and Smart trims and only in the rear-wheel-drive (RWD) spec. The 2.0-litre twin-turbo powertrain is available in the Sharp and Savvy variants and gets four-wheel-drive (4WD) system as standard. Both engines are paired to an eight-speed automatic transmission as standard. The 2.0-litre twin-turbo engine puts out 215 bhp and a massive 480 Nm of peak torque which are class leading figures. 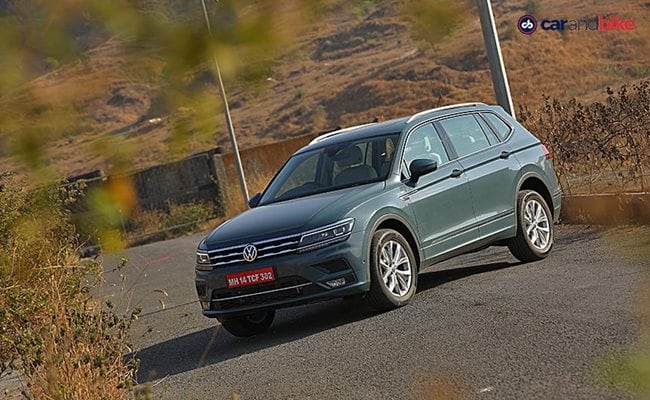 The Volkswagen Tiguan Allspace gets only a 2.0-litre TSI petrol engine.

The Tiguan Allspace is Volkswagen's first seven-seater SUV in India and competes with the likes of the Honda CR-V, Skoda Kodiaq, Toyota Fortuner, Ford Endeavour and of course the MG Gloster. It's a petrol-only model and is powered by a 2.0-litre, four-cylinder, Turbo TSI engine that puts out 187 bhp and comes mated to a seven-speed DSG automatic transmission and an AWD system as standard. Visually, the Volkswagen Tiguan Allspace comes with the same design and styling cues as the 5-seater model, the only difference being a slightly longer and redesigned rear section. The changes include a slightly bigger rear spoiler in a glossy black shade instead of the body-coloured one on the Tiguan and a revised rear bumper with more glossy black treatment for the underbody cladding and horizontal dual exhaust ports. The SUV also comes with a sportier front bumper and a tweaked grille and new LED headlamps up front, along with a set of new dual-tone 17-inch wheels.

The cabin is spacious and elegantly designed as well. It gets a panoramic sunroof which adds to the sense of space inside the cabin. The sleek and innovative Active Info Display lets you access important information at a mere glance. The Tiguan AllSpace gets keyless entry as well and the Vienna leather seats add to the comfort levels. The Tiguan AllSpace also comes with three-zone Climatronic AC which lets the driver, front and rear passengers choose the temperature that suits them. On the safety front, the Tiguan AllSpace is equipped with ABS with EBD, ESP, seven airbags, tyre monitoring system, reverse parking camera; all of which are standard.