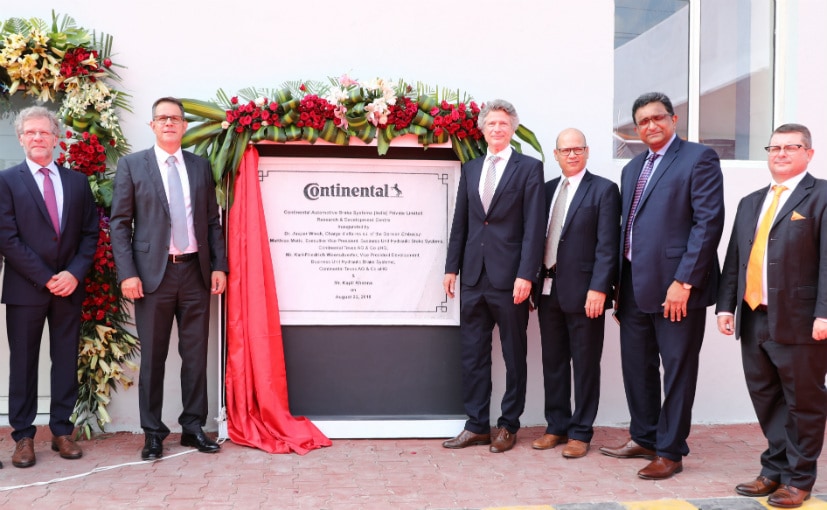 Continental India has inaugurated a new R&D facility within its plant premises in Manesar, near Gurugram. The new facility will cater to global and regional R&D requirements for the company's brake systems businesses, Continental India said in a statement. The new R&D centre will include design and testing for brake systems, and offshore engineering activities for the Continental Italy and Japan regions. The company also operates a full-fledged R&D centre, called the Continental Technical Centre India (TCI) in Bengaluru, catering to Continental's entire automotive business globally. The new R&D centre in Manesar will focus on 'make in India' braking systems and address not only the domestic market demands, but also form a part of Continental's global network.

"As a technology company, it is Continental's priority to invest in the technologies of tomorrow. India is an important R&D hub for Continental, and we plan to increase our R&D footprint in the country. With focussed R&D, innovations and ongoing improvement of our components and systems, both at this new centre dedicated to brake systems and at TCI (Technical Centre India), India's contribution to Vision Zero - a future with zero accidents - will be significant," said Prashanth Doreswamy, Head of Continental India and Managing Director, Continental Automotive India.

Continental, a 147-year-old German conglomerate, has been present in India for close to 50 years, through technology partnerships (Continental Tyres since 1974) and joint ventures for its various businesses. Continental Brake Systems (India) was originally a joint venture of Continental with Rico, which started in 2007. The business became a 100 per cent subsidiary of Continental in 2012. Continental India now has over 8,000 employees across 15 locations, including eight plants that cater to the Indian market, and a Technical Centre that supports global R&D.