The stunning MV Agusta Superveloce 800 uses the F3 800 supersport as its base and builds a unique offering that pays homage to the Italian brand's racing heritage. MV Agusta makes some of the most gorgeous motorcycles in the world and going by its latest concept, its future offerings will be as stunning as well. The Varese-based bike maker has revealed its all-new MV Agusta Superveloce 800 concept at the ongoing EICMA Motorcycle Show, which gives a glimpse of the upcoming middleweight motorcycle that will arrive globally in the second half of 2019. The MV Agusta Superveloce 800 uses the F3 800 supersport as its base and builds a unique offering that pays homage to the Italian brand's racing heritage. 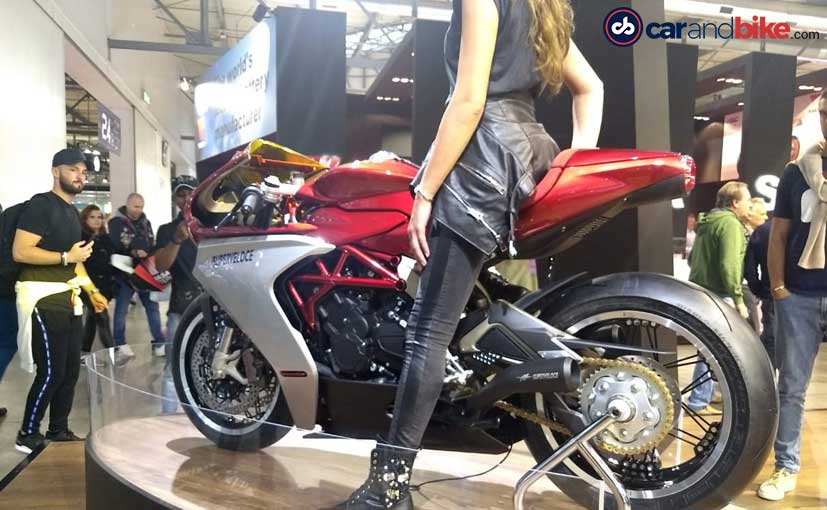 The design language is every bit stunning with a mix of modern lines and retro elements from the bikes of 1970s. The round headlamp simply looks spectacular with the yellow illuminating LEDs and so is the smaller, circular taillight with the rear cowl. The daytime running light has been built into the instrument cluster. The bike is wrapped in carbon fibre bodywork that is also inspired by the retro motorcycles, while a new rear subframe over the standard F3 800, makes way for a dual seat instead of a single seat on the standard model. A lovely throwback is the old school fuel lid on the tank, complete with the leather strap. 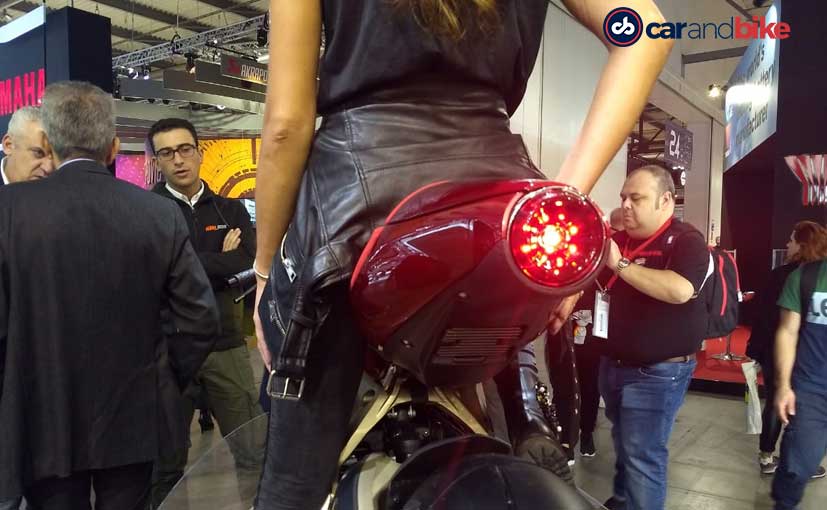 We particularly like the new asymmetrical 3-1-3 exhaust on the MV Agusta Superveloce 800 concept, with two tips placed on the right and one on the left side of the model. The concept also uses a TFT screen for the instrument console, which brings a touch of modernity to the offering. 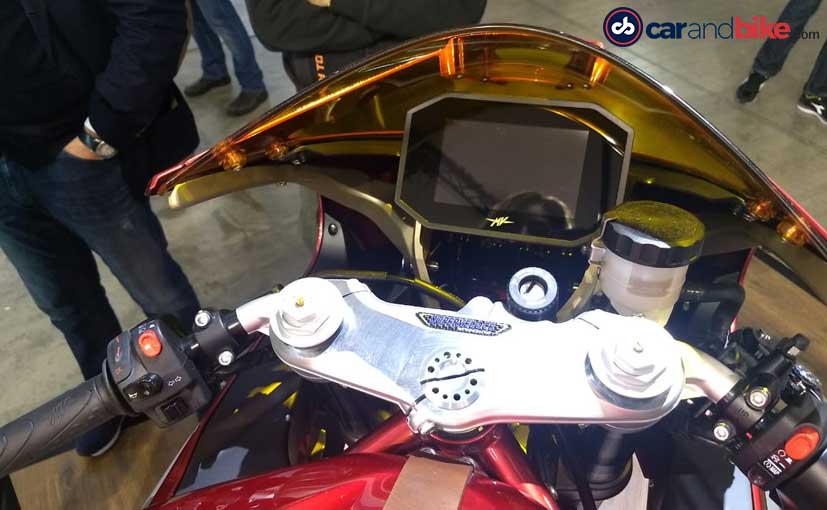 MV Agusta hasn't revealed power figures on the Superveloce 800 concept. On the standard F3 800, the 798 cc three-cylinder motor produces 146 bhp and 88 Nm of peak torque, paired with a 6-speed gearbox. The top speed is rated at 269 kmph. For the concept though, the Italian manufacturer does say that the power figures will be in excess of 150 bhp from the Superveloce 800 when it goes in production.

Kawasaki Ninja H2 SX
₹ 22.89 Lakh *
View More
Subscribe to Our Newsletter
Over 1.5+ Lakhs subscribers
Thank you for Subscribing to Us
x