Exclusive: 2018 Suzuki V-Strom 650 To Be Launched In India This Year

Sources in Suzuki Motorcycle India have told Carandbike that the V-Strom 650 will be launched in India by August or September 2018. 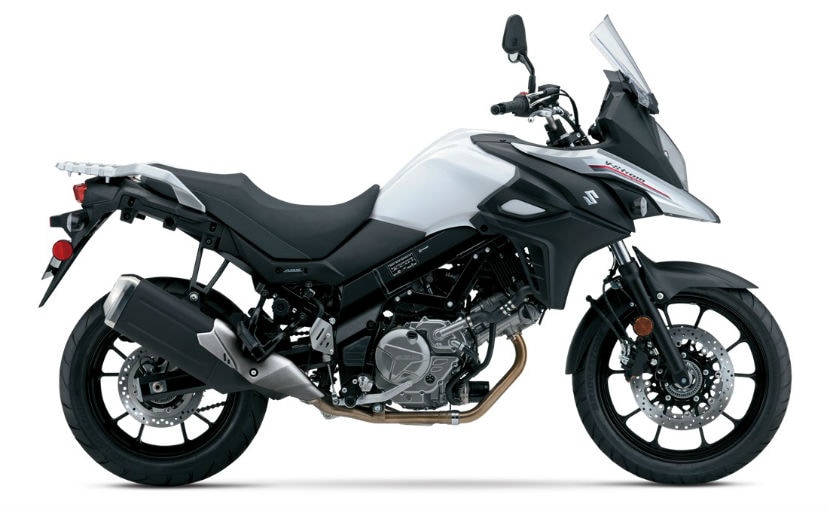 The 2018 Suzuki V-Strom 650 will be launched in India this year and sources in Suzuki Motorcycle India have told Carandbike that the bike will go on sale by August or September 2018. The Suzuki V-Strom 650 was first showcased in India at the 2018 Auto Expo and was initially believed to be launched in the second half to 2019. Earlier, Suzuki had confirmed that the Suzuki V-Strom 650 will come to India via the completely knocked down (CKD) route, which will allow the company to price it competitively. Currently, the closest rival in the middle-weight adventure segment is the Kawasaki Versys 650, so if Suzuki wants to be competitive then we expect the bike to be priced at around ₹ 6.5 lakh (ex-showroom).

The Suzuki V-Strom 650 will be powered by a 645 cc, liquid-cooled, four-stroke, 90-degree, V-twin engine the churns out a maximum of 70 bhp at 8,800 rpm and develops 66 Nm of peak torque. Globally, the Suzuki V-Strom 650 is available in two variants - the standard V-Strom 650 and the V-Strom 650 XT, however, we expect Suzuki to launch only the latter in India.

In terms of features, the Suzuki V-Strom 650 comes with cast aluminium wheels with Bridgestone Battlewing tyres, while the more off-road oriented V-Strom 650 XT will get aluminium rims with stainless steel wire spokes. The top-end V-Strom 650 XT trim also comes with some body protection add-on features like plastic handguards as well as plastic protection for the front header pipe and engine cases, which will be part of the standard offerings.