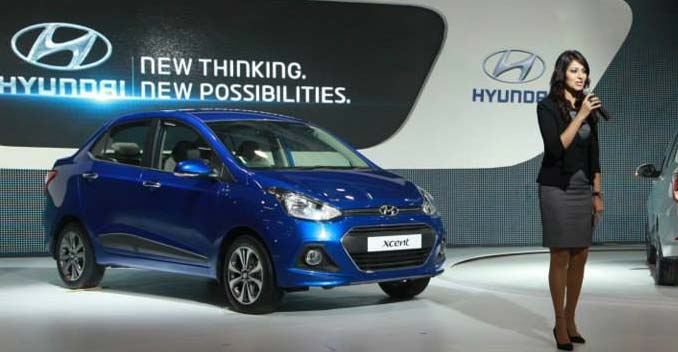 Hyundai India will launch the much anticipated compact sedan, Xcent, in the second week of March 2014. The company unveiled the Xcent on February 4th, with a promise to roll out the car very soon.

Based on the Grand i10's platform, the Xcent is a sub-4 metre sedan, which will be positioned against the likes of Maruti Suzuki Swift Dzire and Honda Amaze. If we talk about the design, the Xcent looks similar to the Grand i10, except the additional boot given to the former, to give it a sedan shape. Inside the cabin, too, the Xcent is identical to the hatchback, with similar list of features and design.

There will be no changes under the hood as well, the compact sedan will share the 1.2-litre Kappa2 petrol and 1.1-litre U2 diesel with the Grand i10. The Xcent will be made available in both manual as well as automatic transmission gearbox options.

Since, the car will compete against Swift Dzire and Honda Amaze, expect it to be priced between Rs 5 lakh and 7.50 lakh (ex-showroom, Delhi). However, the company hasn't officially said anything on the pricing.