Customers will be offered a choice of two cars to choose from. The first will be the Ameo Cup racecar that currently does duty in the Volkswagen Ameo Cup races. 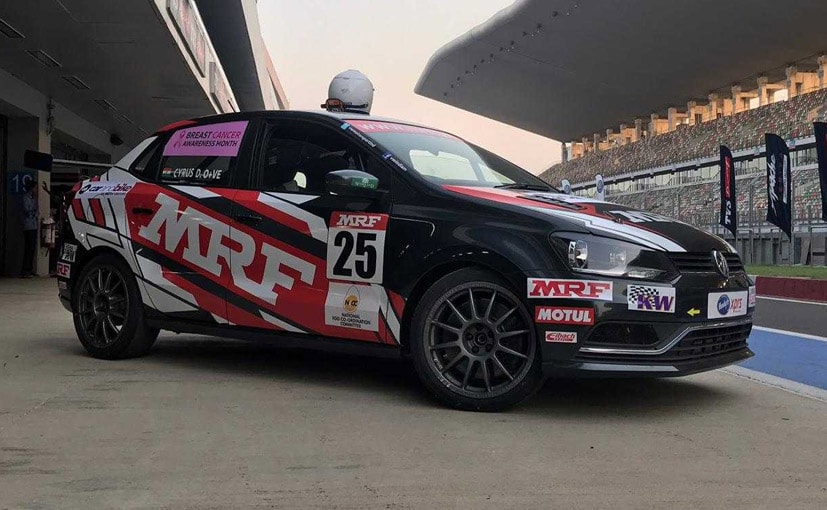 The concept of a 'trackday' in India is gaining popularity. With tracks such as the Buddh International Circuit and the MMSC racetrack in Chennai offering the chance to private owners to come and drive their personal cars at the track, it is only a matter of time before people start developing their own track-spec race cars. Volkswagen has been making 'developed in India' and 'Made in India' track spec cars - first the diesel and then the petrol Polo, then the Vento and now the Ameo for their one make series and the Motorsport division inside VW India will now sell their track cars to individual owners too.

Customers will be offered a choice of two cars to choose from. The first will be the Ameo Cup racecar that currently does duty in the Volkswagen Ameo Cup races. The car sports a full race built 1.8-litre engine, a BMC intake and a sequential gearbox with a full auto mode that makes the car an absolute beast to drive. You also get a full FMSCI spec rollcage, a seam welded body structure, a race ready fire extinguisher and an OMP race seat.

The engine management and the data logging is done through a Motec setup and car also comes equipped with a detailed all digital instrument cluster. The car also gets a set of Team Dynamics wheels and MRF ZLO Racing slicks. Costs? Well, all in, the Ameo Cup car - with that massive rear wing will be available to customers for about Rs 40 lakh, which considering the fact that it is about 205 bhp and can lap the Buddh International Circuit in under 2:20:000 is impressive.

But that isn't the only car Volkswagen will offer private owners who want a track toy. The Indian Touring Car Championship now has a new turbo class and Volkswagen have developed a race spec Vento that can be entered directly into the series. The race spec Vento is also a 1.8-litre engine under the bonnet making 210 bhp with the ITC spec restrictor plate but makes a whopping 250 bhp with the restrictor pates off. The car is available with both a standard H-Pattern 6-speed manual or the completely bonkers sequential gearbox with a manual shifter too - and honestly, that is the one we would have! 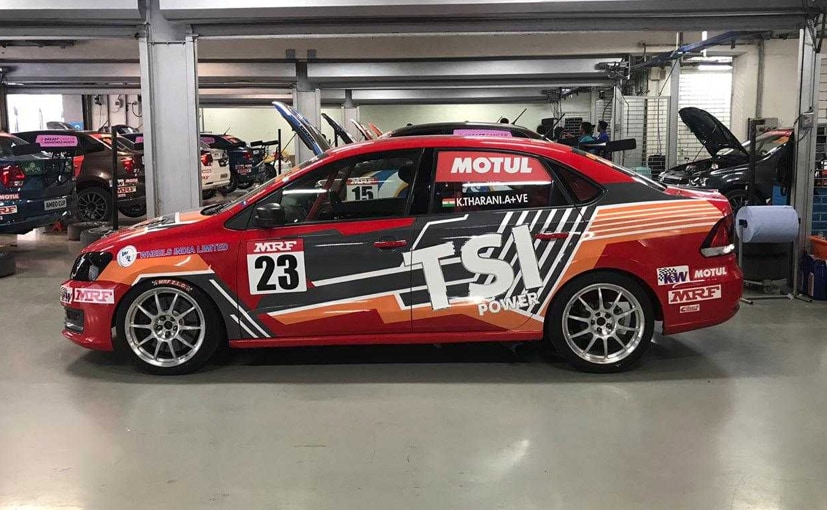 The race spec Vento gets the bits like the rollcage, the race seats and harness, the KW suspension with Eibach springs and the fire extinguisher.

The race spec Vento also gets the usual bits like the rollcage, the race seats and harness, the KW suspension with Eibach springs and the fire extinguisher. It also gets a set of forged wheels that have been made specifically for this car by Wheels India Limited in India and weight only about 6.5 kg each! The race spec Vento does not get the same wing as the Ameo does but owners can opt for one. The car also gets massive front brakes from a Golf R32 along with rear discs from an Octavia RS comnbined with a set of race ready brake pads.

And the cost for all of that goodness?? The base model car with no options ticked in will cost about Rs 24 lakh while the fully loaded version with all the trinkets added in will be about Rs 40 lakh - the same the Ameo Cup cars. But that isn't all! Volkswagen Motorsport India can also offer a different map on the Vento, which will boost power upwards of 300 bhp and can also develop and offer front aewro like a splitter and a set of canards along with more aggressive rear aero.

All in all, if you really do have the money to spend on a track toy and want something that is immensely reliable and has service support, the Volkswagen India Amero Cup car and the Vento track cars are a no brainer. Of course, both these cars are for track use only and cannot be registered on the road.