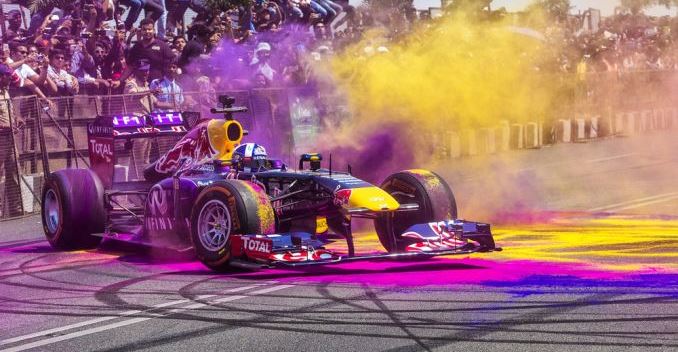 By now, India has become well acquainted the many creative endeavours Red Bull tends to undertake. It dabbles in music, adventure, bike, surfing, and whatnot! And of course, it also has a F1 racing team - Infiniti Red Bull Racing. These good folks were recently in India - Hyderabad, to be specific - with RB7, their F1 racing car from 2011. And boy they gave the city a very colourful taste of F1. If you were wondering, Formula One legend David Coulthard was at the wheel of the RB7.

Long story short, 3 laps and several donuts later, Infiniti Red Bull Racing had quite literally left its mark on the city. But something extremely interesting happened just before the show - Sambha, a bandit, managed to steal the car.

Sambha, apparently a man with taste, liked to collect the greatest cars there are. Though it is said the man once stole 94 cars in a single night, he had been unable to lay his hands on the Infiniti Red Bull Racing Formula One car till now. However, he finally managed to capture it in Hyderabad. 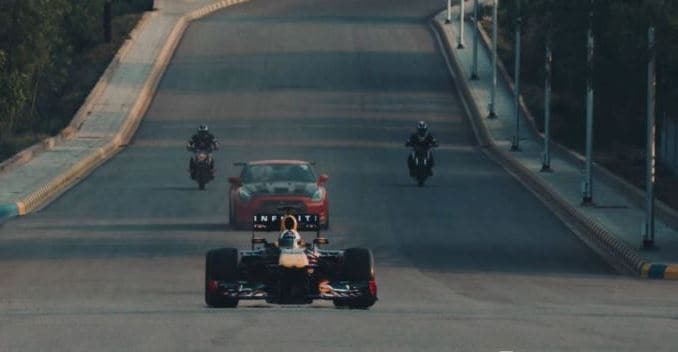 But with David Coulthard on deck, Red Bull had little to worry about. The intriguing rescue of the Infiniti Red Bull F1 car, and the consequent chase on the streets of Hyderabad also had some help from actor Naga Chaitanya.