Here Are 5 Citroen Models That Could Be Considered For India

The Citroen model will be launched in India before the end of 2021 and the car will be manufactured in India, at PSA Group's Tamil Nadu facility. 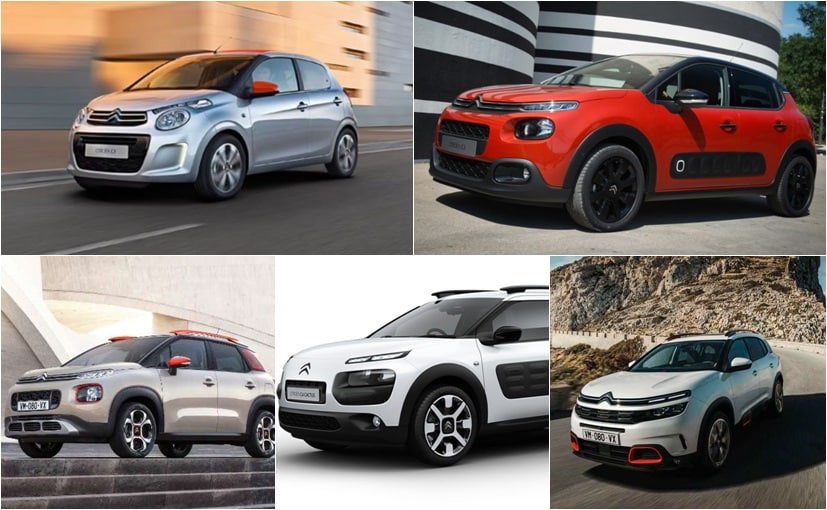 French carmaker Citroen is now the most recent addition to the list of global automakers that are planning to enter the Indian market. A part of the PSA Group, Citroen has confirmed that its first model will be launched in India before the end of 2021. The company has said that the first model for India will be launched only after the company will be manufacturing vehicles and powertrains in India at the company's facility in Hosur, Tamil Nadu. Globally, the carmaker offers an array of models across various body styles, like - small cars, hatchback, SUVs, and family wagons. So, here we list down the top five Citroen models that could be considered for the Indian market.

Here Are 5 Cars That Citroen Might Launch In India: 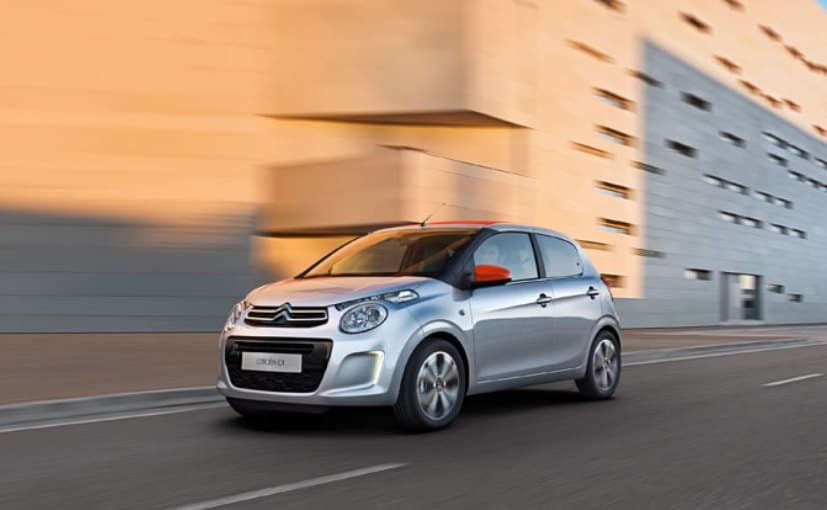 The Citroen C1 is the smallest car in the company line up and is known to offer practicality, great fuel economy, low emissions and stylish good looks. The Citroen C1 has been a popular urban car that is suitable for 5 average size adults and globally, the model comes at a length of just 3.465mm and offers safety features such as three-point seat belts for all passengers and multiple airbags. The UK spec model is powered by a 1.0-litre engine that develops about 71 bhp and 93 Nm of peak torque and comes mated to a 5-speed manual gearbox as standard. In India, the C1 could be a strong rival for the likes of Renault Kwid and Maruti Suzuki Alto. 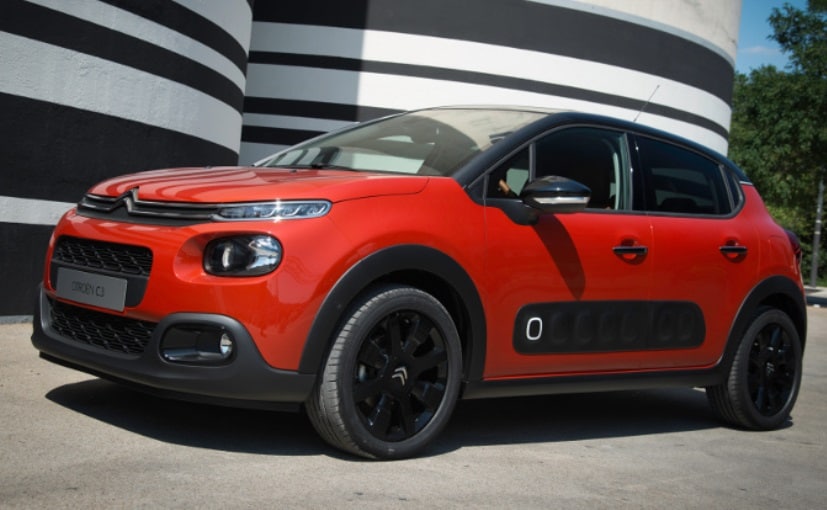 Citroen C3 Hatchback could come as a rival for the Maruti Suzuki Swift, the Baleno, Hyundai i20

The Citroen C3 is a more modern and stylish city car from the French brand and comes with a bold European design, featuring the company's signature Airbump panels and Citroen Advanced Comfort system. The Airbump panels are air-filled bumps with a scratch-proof surface on the side of the car, protecting it from the most vulnerable areas of the car in the urban environment, making it suitable for the city traffic conditions. The car comes with a range of 3- and 4-cylinder engines, namely a 1.0-litre, 3-cylinder petrol, 1.2-litre 3-cylinder petrol and 1.5-litre 4-cylinder diesel engine. The car is just below 4 metres, measuring 3996 mm in length. In India, the C3 could be an apt rival for the likes of Maruti Suzuki Swift, the Baleno, Hyundai i20 and the upcoming Ford Figo facelift.

Also Read: Peugeot, Citroen Or DS: Which Brand Should PSA Bring To India? 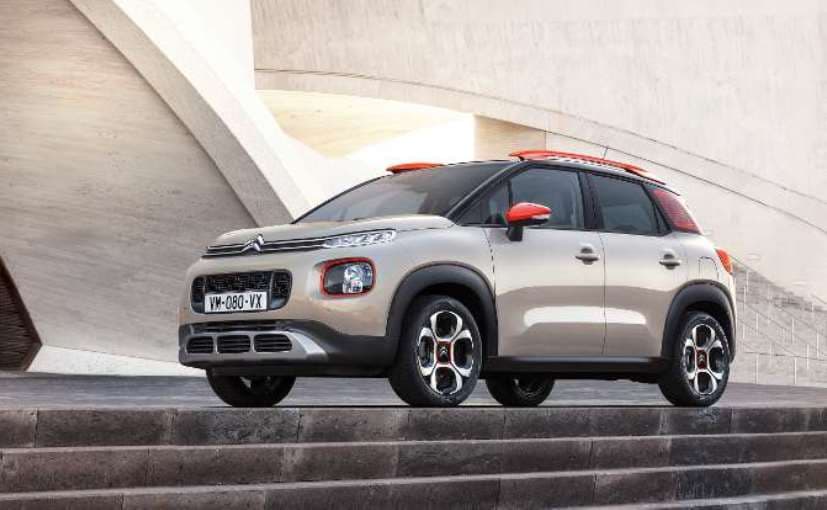 The Citroen C3 Aircross is the SUV version of the C3 hatchback and comes with distinctive styling elements like - large roof rails, bold underbody cladding, skid plates and a butch stance that makes it an attractive compact SUV. The styling cues are inspired from the hatchback model and the SUV packs smart features like - 12 driving aids such as Park Assist, Active Safety Brake and Hill Start Assist, along with Grip Control with Hill Descent Assist. The engine options are identical to the hatchback model, however, the C3 Aircross measures 4154 mm in length, so if at all Citroen decides to bring the SUV here, expect it to come as a sub-4 metre SUV. In India, it will rival the likes of Ford EcoSport, Maruti Suzuki Vitara Brezza, and even the Honda WR-V. The Citroen C4 Cactus is one of the popular offerings from the French carmaker and globally, the model is offered both as a regular hatch and a crossover version. And it's the latter that could possibly be considered for India. Like the C3 hatchback, the car also comes with Citroen's signature Airbump technology, making it an ideal choice for the urban environment. The SUV version also features large roof rails, heavy cladding, and 17-inch diamond cut alloy wheels. Globally, the compact SUV is powered by a 1.2-litre petrol engine that makes 108 bhp and 205 Nm torque. In India, the car could come as a rival for the Renault Duster, Nissan Kicks, and Hyundai Creta. 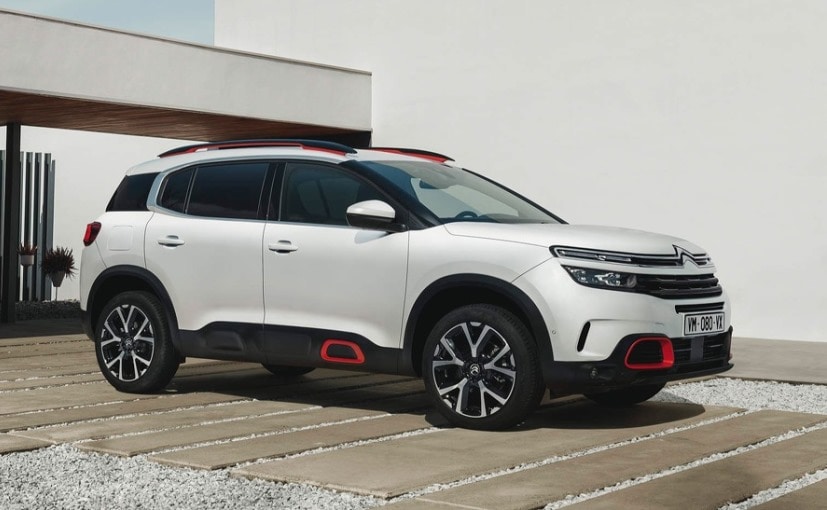 The new Citroen C5 Aircross was unveiled last year, in May 2018 and the model comes with a bold character with sharp, boxy design features and sharp styling. The Citroen C5 Aircross is 4500 mm in length and comes with a spacious cabin suited for five individuals. The new C5 Aircross also comes with 12.3-inch TFT digital instrument cluster and an 8-inch touchscreen, plus 20 latest-generation driver assistance technologies. These include Highway Driver Assist, a level-two autonomous driving system, as well as six advanced connectivity technologies. Powering the Citroen C5 Aircross SUV is a set of high-performance petrol and diesel engines ranging from 130 bhp to 180 bhp, which come mated to the Citroen brand's new EAT8 automatic gearbox as standard. If launched in India, the SUV will compete with the likes of the Jeep Compass, Hyundai Tucson, and even the Tata Harrier.

Atal Rohtang Tunnel To Open For Traffic On October 3, 2020
Subscribe to Our Newsletter
Over 1.5+ Lakhs subscribers
Thank you for Subscribing to Us