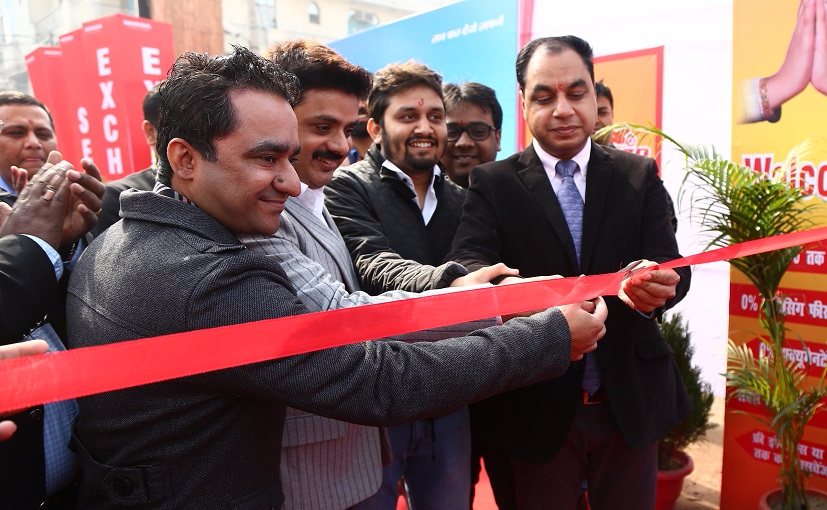 Honda Motorcycle and Scooter India (HMSI) has recently developed a very keen interest in the used two-wheeler market. Keeping the momentum going, HMSI's Maha Exchange Mela started today in Delhi. The event will last for three days and it will attract not only the first time Honda two-wheeler buyers, but also those who want to replace their old two-wheeler with a brand new Honda two-wheeler.

Commenting on the event and HMSI's expansion plans, Mr. Yadvinder Singh Guleria, Senior Vice President - Sales and Marketing, HMSI, said, "Honda's estimates show that only 10% of two-wheeler buyers are exchange customers in the organized market while this figure reaches close to 15% if we take the non-organised sector into count. This is very low considering that the two-wheeler industry has already crossed the 16 million sales mark. We believe that there is a high latent demand for pre-owned two-wheelers. So after the phenomenal success of our pilot project, Honda has taken a strategic decision to venture into a new business territory of pre-owned two-wheelers, with the Maha Exchange Mela."

To have more footfall, HMSI has announced that anyone who buys a financed new Honda two-wheeler at the carnival, will benefit up to ₹ 7,000 over the market rates. The means lower interest rates, zero documentation and processing fee and other benefits as well.

For those who plan to sell their current two-wheeler and buy a new Honda two-wheeler at the Exchange Mela will enjoy facilities like on-the-spot evaluation of their vehicles, best and fair prices for their vehicles, easy documentation, instant exchange facility and extended warranty. Customers looking for a used two-wheeler will also be able to do so with on-spot delivery.

The three day-long Honda Maha Exchange Mela will take place for the next three days at the Ram Leela Ground, Geeta Colony, East Delhi. By the end of FY 16, HMSI plans to take this concept across 10 cities in India.