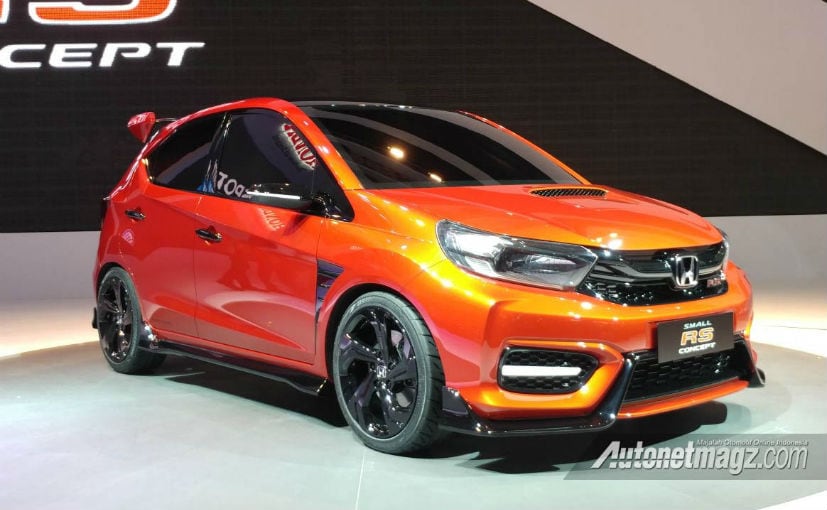 The Honda Small RS Concept has been revealed concept at the ongoing Indonesia International Motor Show (IIMS) 2018. And if you think that looks a bit familiar, it indeed is. The Small RS Concept hatchback essentially previews the next generation Honda Brio and will be sold across a number of markets in Asia. The Japanese automaker had debuted the first generation Brio concept as the 'Honda Small Concept' back in 2010 and the second gen model gets the RS suffix, indicating a sporty performance on the small car offering. Given the first gen Amaze was based on the Brio platform, the all-new Brio shares its underpinnings with the soon-to-be-launched second generation Honda Amaze subcompact sedan. The Honda  Small RS Concept has all the makings of a sporty, compact car for the urban roads complete with the sporty front bumper, side skirts, hood scoop and side gills. The bumper also gets LED strips on the air intakes that have been smartly done. The concept also comes with a large roof spoiler, massive alloy wheels, and a faux diffuser at the rear. More prominently, the glass boot-lid has been dropped altogether in favour of a conventional unit; while the taillights are uncannily similar to the ones on the Ford Figo. The front grille is identical to the Mobilio facelift that was launched in Indonesia last year with the chunky chrome bar that houses the big 'H', flanked by the large headlights on either side.

Barring the grille and headlights, expect most of the sporty bits to be stripped off on the production-spec verison, in favour of something a lot more tame. The interior remains a mystery, but expect to see a more upmarket appearance with a touchscreen infotainment system with Apple CarPlay and Android Auto, amidst a host of tech friendly options. Honda has not revealed details on the dimensions of the concept, but is expected to offer improved cabin space over the current model. 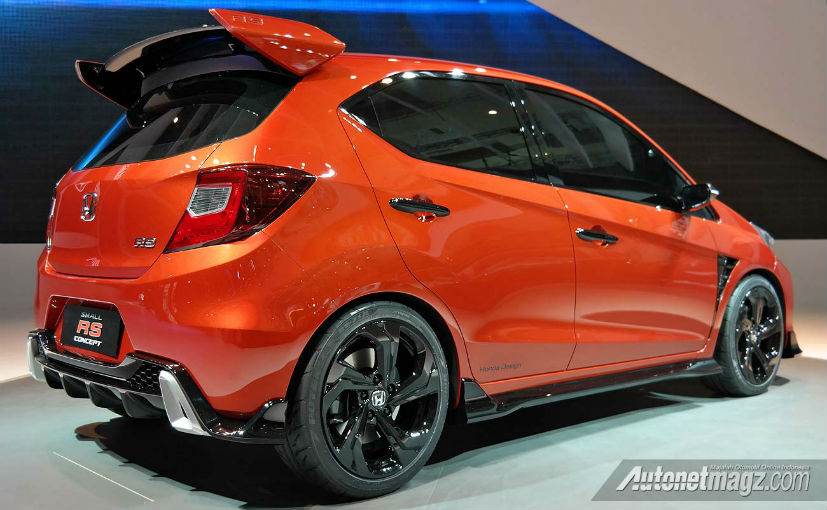 With respect to engine options, the Indonesian-spec Honda Brio, much like India, draws power from the 1.2-litre VTEC four-cylinder petrol engine tuned for 88 bhp and 109 Nm of peak torque paired to a 5-speed manual and automatic transmission. Expect the engine to continue possibly with improved power output.

While the Honda Brio may not be the strong seller for the automaker in India, the model is quite popular in other parts of Asia. That said, it's not clear if the second generation Brio will make it to India or not, but we do expect Honda to continue to selling the current model for a while.