Jaguar Woes Add To Challenges For India's Most Indebted Empire

Although Jaguar posted a net income of 119 million pounds ($151 million) this week, debt at owner Tata Motors Ltd. has grown to almost $14 billion, as it struggles to tide over a demand slump in China, the world's biggest auto market. 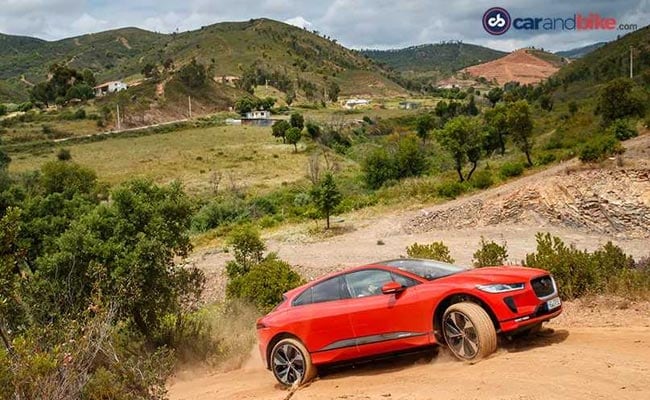 View Photos
The Tata Groupbought the British luxury carmaker in 2008 for $2.3 billion.

Signs of a turnaround at its marquee Jaguar Land Rover unit may not be enough to ease the challenges facing India's oldest and most-storied business empire. The Tata Group bought the British luxury carmaker in 2008 for $2.3 billion, and it's lately become a drag on the salt-to-software conglomerate, racking up losses in three quarters through December. Although Jaguar posted a net income of 119 million pounds ($151 million) this week, debt at owner Tata Motors Ltd. has grown to almost $14 billion, as it struggles to tide over a demand slump in China, the world's biggest auto market.

JLR's mixed fortunes have hit Tata -- whose wider group debt load bloated to at least $40 billion, the largest among India's conglomerates -- just as it seeks to revamp the sprawling business. Making matters worse, a steel deal in Europe that would've eased the group's liabilities unraveled this month. Tata Motors and Tata Steel Ltd. had a combined debt of about $27 billion, accounting for more than half of the total dues owed by the group's top 18 units. Tata Steel Bsl Ltd. and Tata Teleservices Maharashtra Ltd., which are in the process of restructuring, had $9 billion of debt at the end of March 31.

"Tata will have to take harsh decisions to mitigate the risk of debt in the long term for the conglomerate," said Arun Kejriwal, a director at KRIS, a Mumbai-based investment advisory firm. "For now, Tata Motors and Tata Steel are trouble spots."

The twin developments mark the biggest challenge facing the 151-year-old group that ventured overseas with acquisitions more than a decade ago. Debt has become a defining issue for some of India's biggest companies as the government cracks down on bad loans following a decade of expansion.

Tata snapped up JLR from Ford Motor Co., and steelmaker Corus Group Plc in 2007 for $12.9 billion in one of the biggest purchases by an Indian company, shedding the group's once-staid image.

After years serving as a cash cow, JLR hit a bump in Europe amid concerns over a disruptive Brexit and the industry's shift away from fossil-fuel vehicles. The diminishing cash flows have raised questions as to how long Tata will hang on to what was once its crown jewel. The steel business was slammed by the financial crisis in 2008 and a commodity crisis eight years later, prompting the group to look for ways to dispose of the assets.

Tata Motors isn't looking to sell its luxury-car unit and expects a turnaround in China in the coming months, the automotive group's Chief Financial Officer P.B. Balaji told reporters on May 20. The profit in the fourth quarter came after JLR announced 4,500 job cuts globally and a 2.5 billion-pound savings program. Shares of the parent rose 1.1% Wednesday in Mumbai after tumbling 7% in the previous trading session, the most since May 15.

What Bloomberg Opinion Says Rather than generating gains from dramatic cost cuts and other measures to boost the bottom line, its meager earnings came on the back of spending less on non-core manufacturing and working-capital improvements. --Anjani Trivedi.

Tata's struggles echo some of those faced by other Indian conglomerates, including tycoon Anil Ambani's group, which relied on high leverage to expand operations, only to see their business hit following a crackdown on bad loans by India's government.

Highlighting concerns over rising debt, S&P Global Ratings cut the credit rating of Tata Motors's long-term debt four times since July to B+, four notches below investment grade. "We do not anticipate any more issues on debt," CFO Balaji told reporters on May 20. "We do not have any plans to raise funds for JLR to tide over the current debt."

One problem is the small volume of JLR sales in China compared to the competition. In the first four months of 2019, JLR sold only 8,900 Jaguars and 20,400 Land Rovers, down from 15,100 Jaguars and 39,800 Land Rovers a year earlier, according to data collected by Bloomberg Intelligence.

That puts the Indian automaker at a significant disadvantage against luxury rivals that have much bigger scale in China, said S&P analyst Ashutosh Sharma. In April, for instance, BMW and Mercedes-Benz both sold more than 58,000 vehicles.

"Given their size, JLR is unable to match the price competition ensuing in China," Sharma said. "They are not trying to get into price competition, so they are facing steep volume declines." The rating agency expects cash flow for Tata Motors will remain negative until at least next March.

Even in its home market in the U.K., the automaker struggles with the perception of poorly made cars. In the 2018 reliability ranking published by What Car?, JLR had four of the five worst performers among the 25 large and luxury SUVs surveyed.

The headwinds faced by JLR will also test the mettle of Chairman Natarajan Chandrasekaran, a 30-year veteran insider brought in two years ago to revamp the $110-billion group and fix faltering units. Patriarch and long-time chairman Ratan Tata handpicked him to succeed Cyrus Mistry, who was ousted in October 2016 from the top job following a board feud. The goal of the restructuring is to eventually whittle down the 100 operating companies to a more-manageable number under 10 verticals.

The bad news from JLR was compounded by Tata Steel's decision to give up on a proposed joint venture with German rival, Thyssenkrupp AG, amid antitrust concerns. The deal would've helped transfer some of its debt to the joint venture, allowing the Mumbai-based company to sharpen its focus on ramping up its profitable Indian business. The group is still looking for a partner, possibly outside Europe, an executive said in an interview last week.

As part of his restructuring plan, Chandrasekaran achieved a breakthrough last week. Tata Global Beverages Ltd., which owns brands such as Tetley tea and Eight O'Clock coffee, announced plans to acquire the spice, salt and lentil brands of Tata Chemicals Ltd. The newly-enlarged food company will take on a new name, Tata Consumer Products Ltd., and will have sales of nearly 91 billion rupees ($1.3 billion).

However, a fix for Tata Steel's European business and its 2.2 billion euros ($2.5 billion) in debt is still on Chandrasekaran's to-do list. For JLR, Tata is exploring strategic options, including a potential stake sale, Bloomberg News reported in March.

Recent channel checks in China indicated "progress on ground has been slow, with dealers still incurring losses on JLR sales," Jefferies analyst Arya Sen wrote in a note on May 20.