Jeep has finally launched the most extreme off-road version of the Compass. The Jeep Compass Trailhawk builds on off road credentials with dedicated features, more low end grunt and revised styling in a bid to tackle tough terrains. 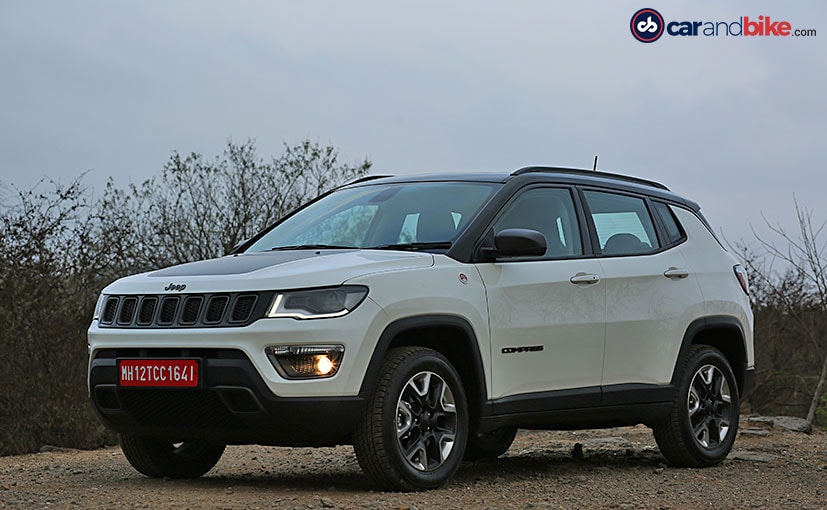 View Photos
The Jeep Compass Trailhawk is the most off-road focused version in the Compass range.

The wait is finally over for off road enthusiasts as Jeep has announced the prices of its hard core off road version of the Compass. The Jeep Compass Trailhawk has been launched in India at ₹ 26.8 (Ex-Showroom, India) and will be sold in a single variant. The Jeep Compass has been a game changer for Fiat Chrysler Automobiles (FCA) Group in India and has helped the brand survive in our market. The regular Compass 4x4 had earlier boasted its off road abilities which were impressive for its class and the new Trail-rated Compass builds on that, more so with dedicated features, more low end grunt and revised styling in a bid to tackle tough terrains. 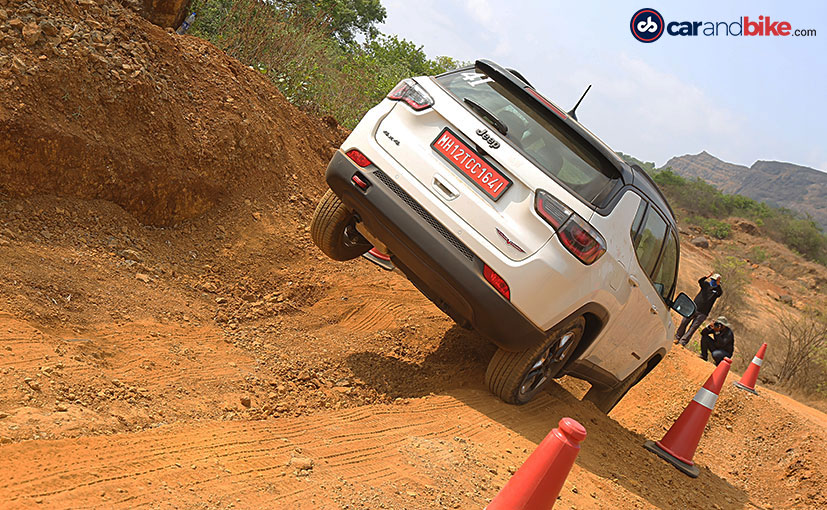 Both bumpers of the Trailhawk have been reshaped to make for better approach and departure angles.

Speaking about the styling, the uninitiated may mistake it for a regular Compass with minor modifications. However, other than the esteemed trail badge on the fender, there are changes which are enough to tell that it's a Trailhawk. For instance, both bumpers have been reshaped to make for better approach and departure angles. The 26.5 degrees approach, 21.2 degrees break over and 31.6 degrees departure angles allow the Trailhawk to tackle the most of treacherous terrains. It also gets black decal on the bonnet which is anti-glare and comes in very handy especially if you're driving on an incline. Then there are 17-inch dual-tone alloy wheels shod in Falken all terrain tyres and the ground clearance is up by 27 mm to 205 mm. You obviously get the Trailhawk badge at the rear and the only thing missing is the tow hook up front which the global model gets. It has been removed from the India-spec car to adhere to India's pedestrian safety norms. 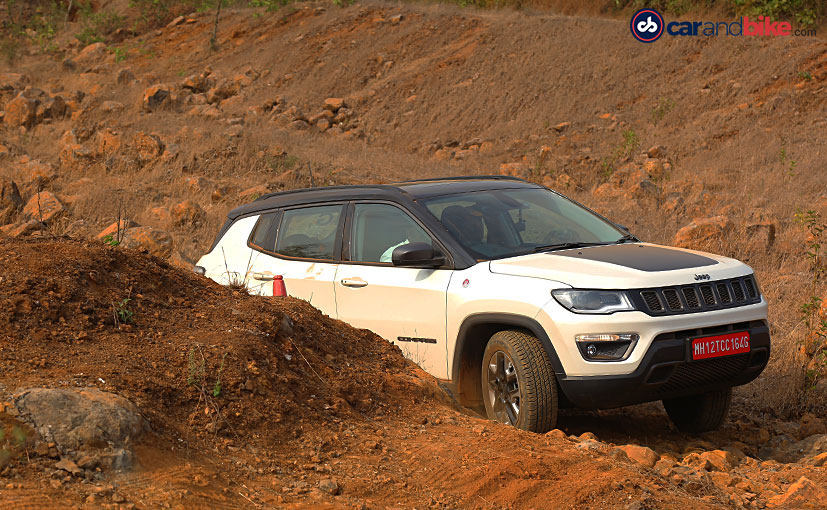 The Jeep Compass Trailhawk gets dedicated off-road features like 4WD Low setting and a Rock Mode along with the Select Terrain system.

The Compass Trailhawk is powered by the same 2.0-litre Multijet II diesel engine which powers the Compass diesel but is BS6 compliant in this new model. The motor churns out 168 bhp and 350 Nm of peak torque and is mated to a 9-speed automatic gearbox. The engine sound is muffled and according to our review it feels more refined in the Trailhawk than in any other Compass. The major differentiator has to be the mechanically lockable 4WD system that calculates the exact power which needs to be sent to the required wheel. It also gets a 4WD Low setting and a Rock mode in addition to the Select-Terrain system. 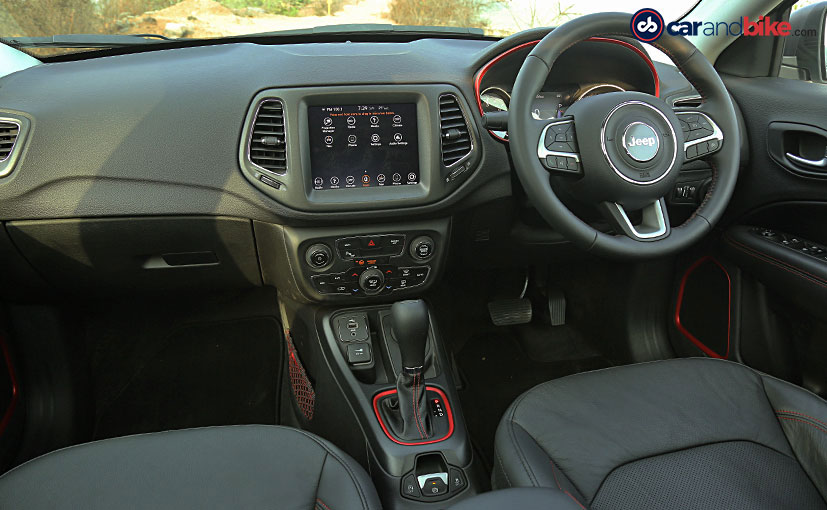 The Jeep Compass Trailhawk gets an all-black cabin with the sporty looking red stitching and highlights.
0 Comments

On the inside, Jeep has done some skimming in the feature list. For instance, the Jeep Compass doesn't get auto headlamps and rain sensing wipers. That said, panoramic sunroof, Engine Start-Stop, Cruise Control, Hill Descent Control, Built-in Navigation and an 8.4-inch infotainment system with Apple Carplay continue to be there among other upmarket features. The Trailhawk gets an all-black cabin with the sporty looking red stitching and highlights. You will also find peculiar sign in the Trailhawk like easter eggs, a lizard, a Willy's Jeep and even the Lochness monster.