The KTM 790 Duke is the most powerful offering from the manufacturer in India so far and packs in a host of electronics like cornering ABS, wheelie control, 9-level traction control and more. 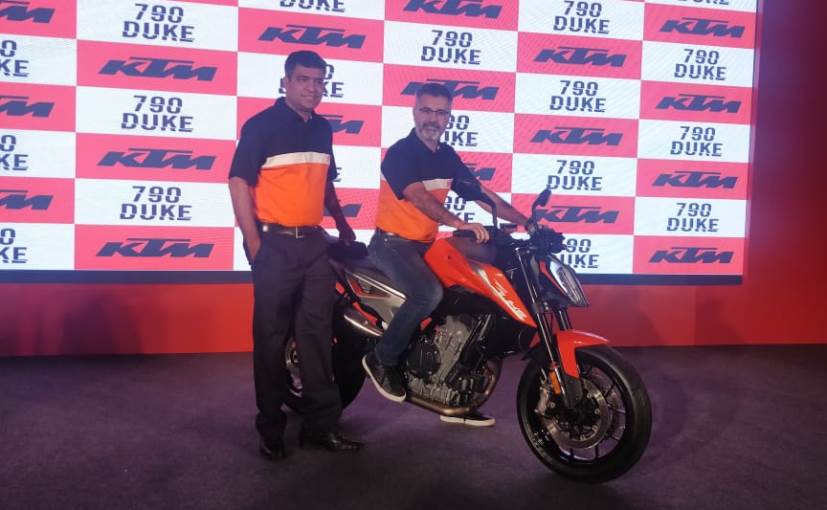 Bringing its first big-capacity performance motorcycle to the country, KTM India has launched the all-new 790 Duke priced at ₹ 8.63 lakh (ex-showroom India). The new 790 Duke is the largest displacement offering from the KTM India so far, and it comes to our shores via the Completely Knocked Down Kit (CKD) route, to keep prices competitive. The 790 Duke is positioned against a number of naked middleweight offerings including the Triumph Street Triple, Yamaha MT-09, Kawasaki Z900, Ducati Monster 821 and the likes. The most powerful Duke in India manages to pack in some overwhelming levels of power with a host of electronic aids.

Nicknamed as the scalpel, the KTM 790 Duke is underpinned by a Trellis frame with a single-piece aluminium subframe to keep the overall weight low. The design language is distinctively part of the KTM family with the sharply styled fuel tank, inverted pitchfork LED headlamp, split seats, and a chunky LED taillight. The minimal body panels all point towards the extensive weight-saving while the exhaust unit is placed under the seat. Much like its sibling, 790 Duke also comes with a TFT LCD screen that displays all the vital information related to the motorcycle. 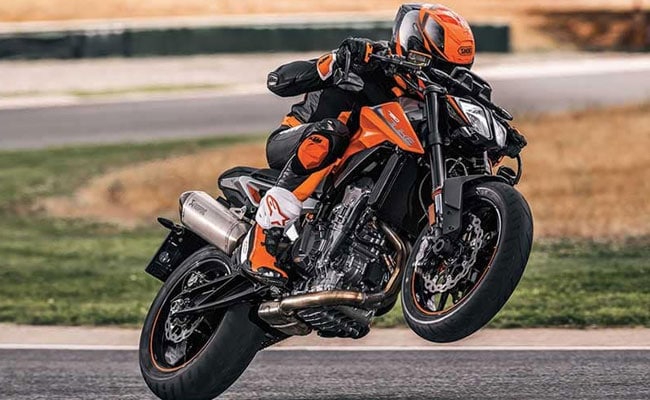 Power on the KTM 790 Duke comes from the 799 cc parallel-twin motor, a first for the manufacturer and is tuned to produce 103 bhp and 87 Nm of peak torque, while paired with a 6-speed gearbox. The engine promises to be quite tractable thanks to its 75-degree crank offset and 435-degree firing order. The forged pistons and two counterbalancers are intended to keep vibrations to a minimum. The 790 Duke measures a light 189 kg (kerb) and that makes for an impressive power-to-weight ratio of 612 bhp per tonne, one of the best in the segment. The bike is suspended by WP 43 mm USD forks up front and a monoshock unit at the rear, while braking duties are taken care by 300 mm dual discs at the front and a 240 mm single disc at the rear with brake calipers from J.Juan. The bike rides on 17-inch alloy wheels wrapped in Maxxis Supermaxx ST tyres.

On the electronics front, the KTM 790 Duke gets a comprehensive electrical suit, and is loaded to the gills and comes with four riding modes - Sport, Street, Rain, and Track via the Bosch EMS with RBW. The bike also comes with 9-level traction control, launch control, wheelie control, slipper clutch, and quickshifter. There's a six-axis IMU-based 9-level traction control with lean-angle sensitivity, cornering ABS with Supermoto mode, engine brake control, launch and wheelie control, and a bi-directional quick-shifter.

The KTM 790 Duke comes to India in limited numbers. The bike remains BS4 compliant for now with the BS6 version set to arrive sometime next year. The middleweight motorcycle is locally assembled at the Bajaj-Chakan facility.