The KTM 790 Duke has been launched in India at a price of Rs. 8.63 lakh. It looks to be a good proposition if you are looking for a performance bike for less than Rs. 10 lakh. Here is everything you need to know about the KTM 790 Duke. 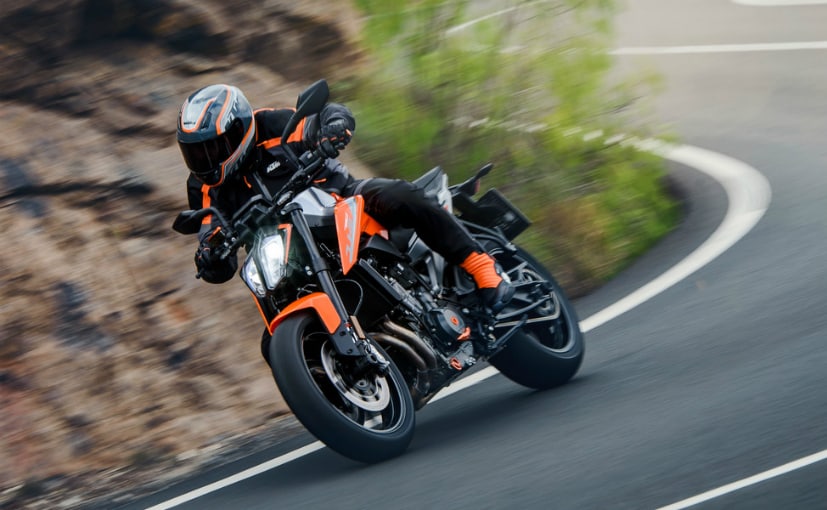 The much awaited KTM 790 Duke has been launched in India at a price of ₹ 8, 63,945 (ex-showroom, India). It has been one of the most highly anticipated motorcycle launches this year and now you can finally buy/book one in India. The KTM 790 Duke was first showcased early last year and with its coming, we are looking forward to the launch of the KTM 790 Adventure as well. India is KTM's largest market by volumes and the company believes that niche offerings do have a small but sizeable demand, which is why the company launched the 790 Duke and will launch other performance motorcycle models as well. Here is everything you need to know about the KTM 790 Duke. 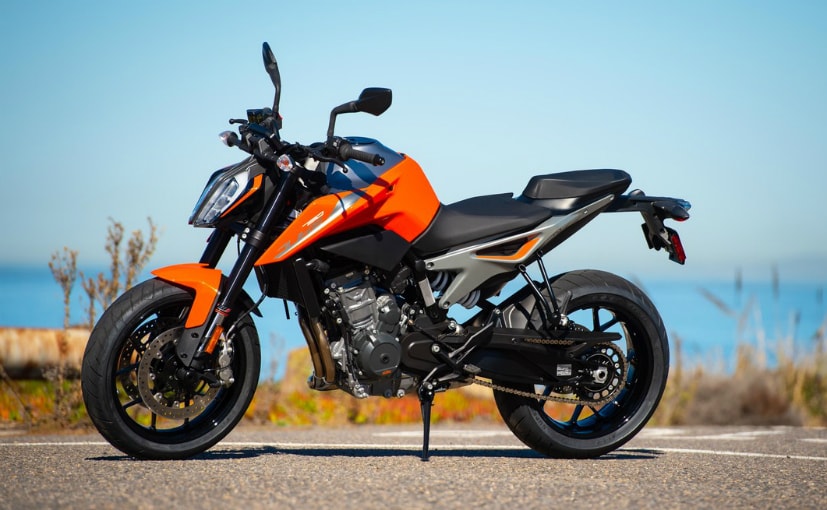 (The KTM 790 Duke is a good-looking motorcycle)

The 790 retains the design language of the KTM Duke family with the characteristic LED headlamp and minimal design. The look is sharp, minimal and sexy, staying true to the Duke's heritage. The chiselled fuel tank along with the sleek side panels gives the motorcycle solid street presence. Plus, we are big fans of the open lattice swingarm and the sleek exhaust as well. 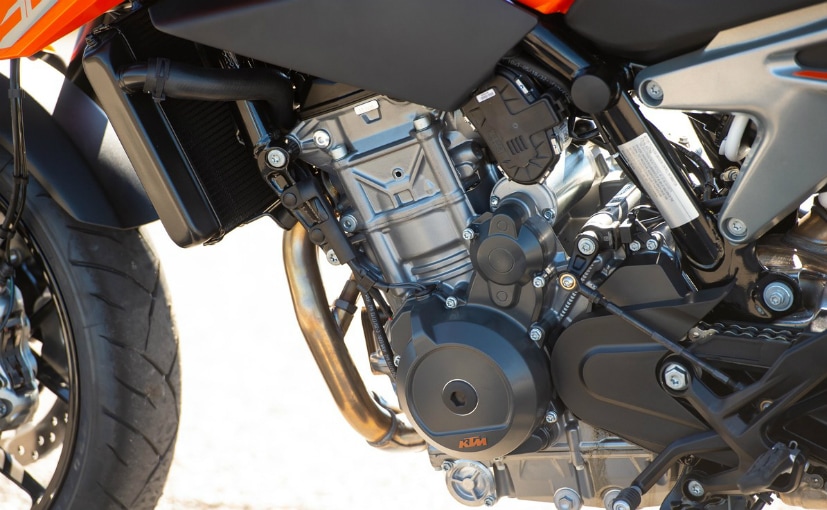 KTM has fitted the 790 Duke with an LC8c (liquid cooled 8 valve compact) parallel-twin motor, which pumps out 103 bhp at 9,000 rpm along with 87 Nm of peak torque at 8,000 rpm. The engine is used as a stressed member and has two counter-balancing shafts along with lightweight components for minimal vibrations as well. The six-speed gearbox is further complemented by slipper clutch and a quick-shifter. 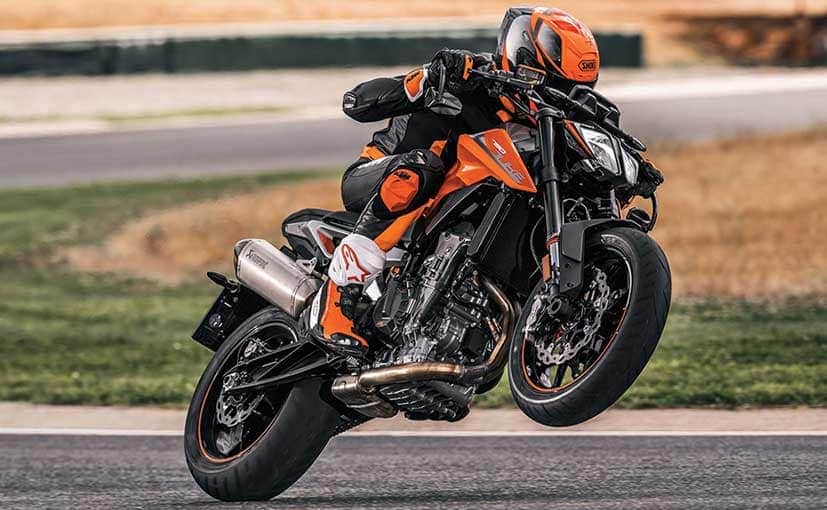 (As far as features go, the KTM 790 Duke is a loaded motorcycle)

The 790 Duke uses a chromium molybdenum frame which has been designed for compactness and weight reduction. The dual air intake is housed in the sub-frame and there is a die-cast open lattice swingarm which further reduce the weight. The kerb weight of the KTM 790 Duke is about 174 kg, which is one of the lightest in its class and giving it a power to weight ratio of 591.5 bhp/tonne. The motorcycle is suspended on 43 mm WP USD forks up front and has a travel of 140 mm while there is a WP monoshock at the rear with a travel of 150 mm. The front end gets twin 300 mm disc brakes with radially mounted 4-piston callipers while the rear wheel gets a 240 mm disc with a 2-piston calliper. 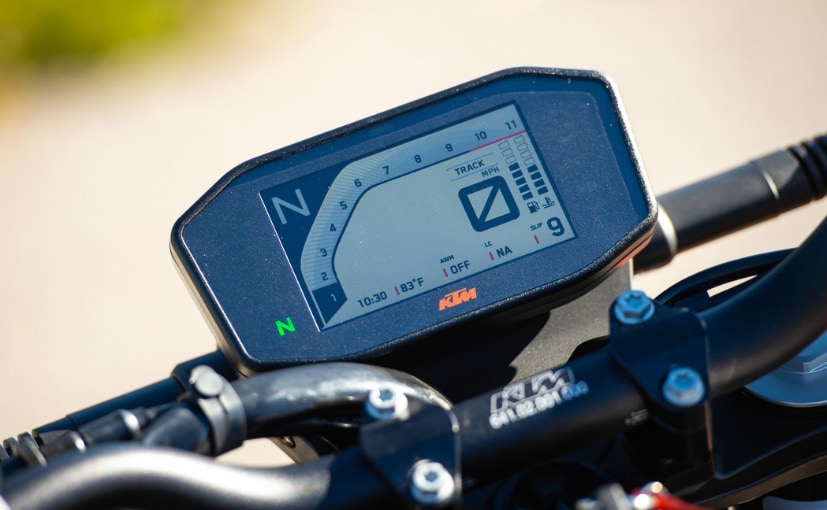 KTM has done well to offer multiple riding modes along with a bunch of electronic nannies on the 790 Duke. There are four riding modes, which are street, rain, track and sport. Variables like power delivery, throttle response and traction control have different settings in different shoot. Also, the track mode is completely customisable with a 9-step slip adjustable traction control and throttle response selection. There is anti-wheelie control and launch control on offer too. The bike also gets Bosch's 9.1 MP IMU which feeds data to the ABS and cornering ABS system and can be completely disengaged along with having a Supermoto mode as well. 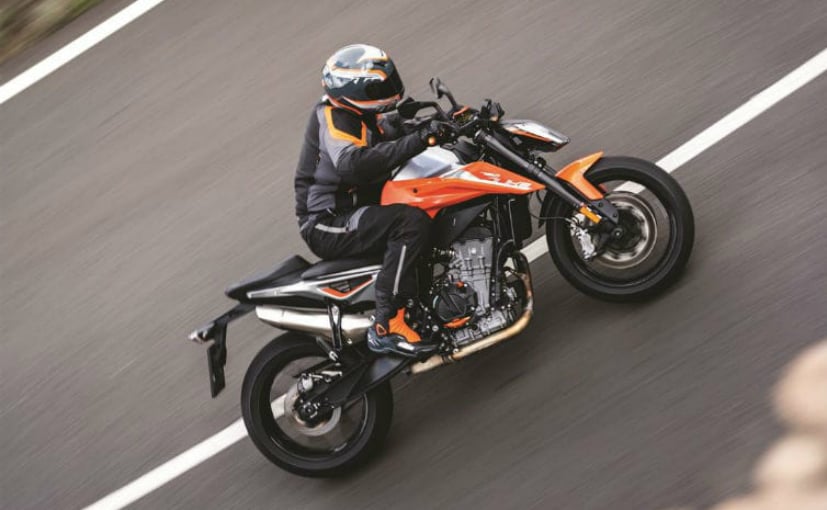 As mentioned before, the KTM 790 Duke is priced at ₹ 8, 63,945 (ex-showroom, India). Currently, KTM will sell this motorcycle in just 9 cities across India, which are Delhi, Mumbai, Pune, Bengaluru, Hyderabad, Surat, Kolkata, Guwahati and Chennai. KTM will start offering the 790 Duke in 30+ cities in a phased manner. As far as rivals are concerned, the KTM 790 Duke goes up against a number of motorcycles such as the Triumph Street Triple, Ducati Monster 821, Suzuki GSX-S750, Yamaha MT-09 and even the Kawasaki Z900.