KTM may be working on a super moto model based on the KTM 790 platform, which will debut as a 2020 model, as latest spy pics indicate. 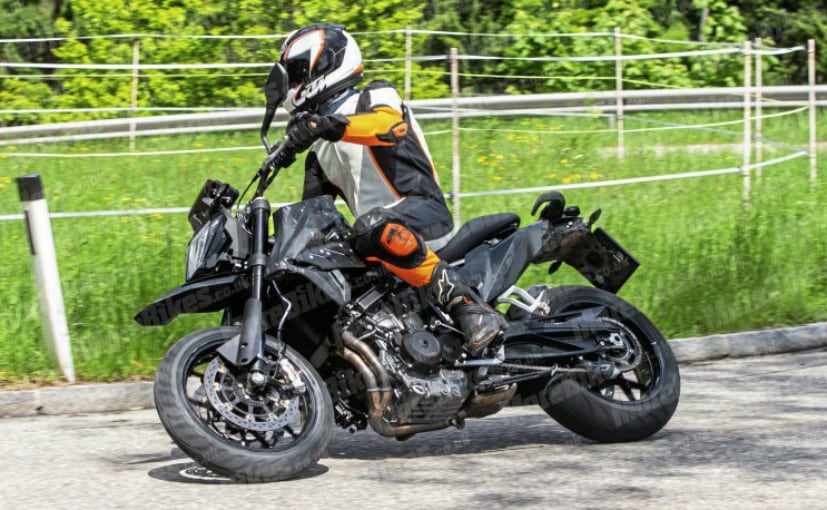 A supermoto version of the KTM 790 Duke has now been spotted out testing somewhere in Europe, in all likelihood outside Salzburg, Austria. The KTM 790 SMC, as it's likely to be called, will be a beefed up supermoto than the earlier KTM 690 SMC, and is expected to sport a new chassis, new swingarm, new brakes, and new exhaust. The engine and overall platform will be shared with the KTM 790 Adventure, and is expected to be a rad, fun machine to ride. Top shelf cycle parts are also expected on the new KTM 790 SMC, including WP suspension, Brembo radial calipers and a slightly larger and wider saddle than the 690 SMC. 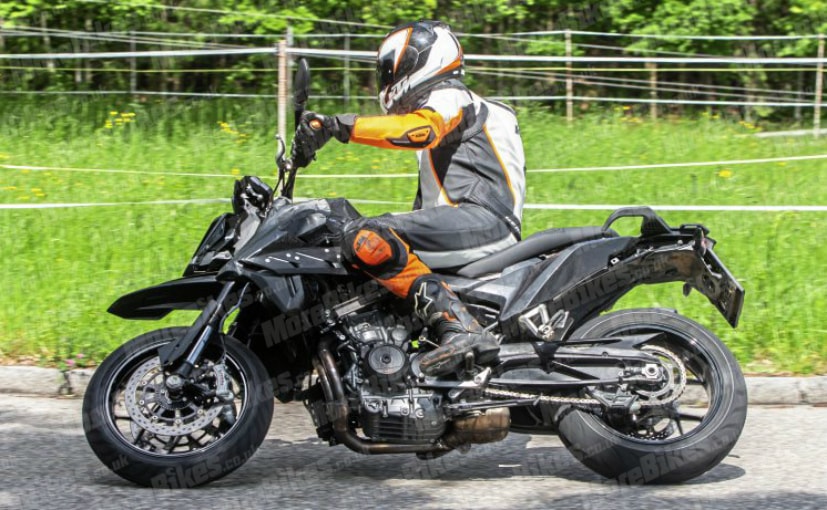 From the spy shots, it appears the bike is near complete, and will likely make a public debut at one of the motorcycle shows later this year, either at the Intermot in Cologne, or the EICMA show in Milan. The new bike is expected to share the 790 Adventure powerplant, with the 799 cc, parallel-twin motor retuned to put out around 95 bhp and a wide torque band. Expect a comprehensive electronics package, including two-way quickshifter, ABS with supermoto mode, multiple riding modes, Motorcycle Stability Control, Motor Slip Regulation, and more. The instrument panel is expected to be a new, full-colour TFT panel, and the electronics suite should also include traction control, wheelie control and more.

The super moto class will get fresh appeal when the KTM 790 SMC debuts, but don't expect to make it to India just yet. The KTM 790 Duke has yet to be launched in India, and latest reports indicate that it may not be launched this year after all. The 790 Adventure is still some time away, and the latest 790 SMC is still not production ready, and will only be introduced as a 2020 model internationally.