Sailing against the slowdown current, the mini MPV segment managed to post a sales growth of four per cent between April-September for FY2019. 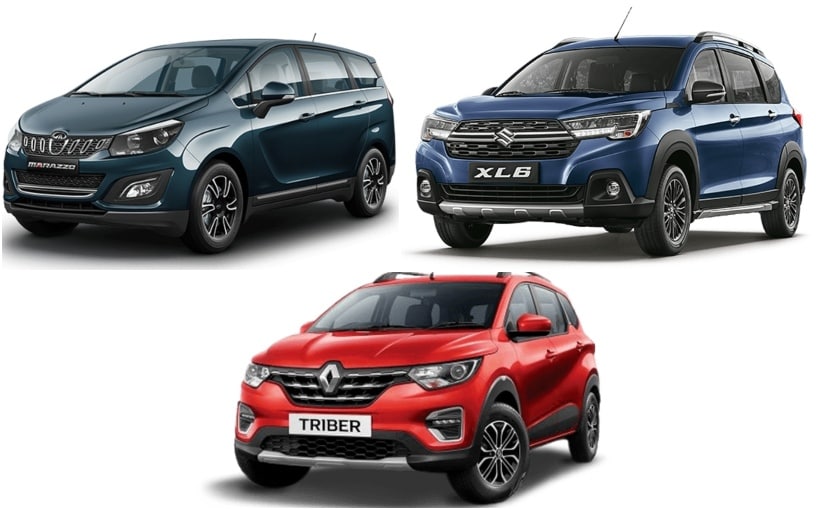 The Indian auto sector has been going through a lull phase since the beginning of the year and it wasn't until the festive season last month that carmakers saw the stocks moving once again. Almost every auto segment including hatchbacks, sedans and in-vogue SUVs failed to perform, even though we did see some growth spurt amidst new launches. However, according to the data released by Jato Dynamics India, it was the Multi-Purpose Vehicle (MPV) segment that managed to sail against the tide and record growth between April and September FY2019-20.

During the period, MPV sales stood at about 124,000 units, growing by four per cent over 119,000 units sold last year during the same period. In comparison, sales for hatchbacks fell by a whopping 30 per cent down to 508,000 vehicles between April-September 2019, as against 659,000 units sold during the same months last year. The SUV segment too registered a de-growth of 12 per cent, while sales for the minivan segment fell by 22 per cent in the past six months. The microcar or entry-level car segment was hit the hardest with a decline in sales by 67 per cent, followed by sedans that saw sales drop by 66 per cent during the first six months of the financial year.

The recent years have seen impressive growth for MPVs in India, especially ever since the model found acceptance with more private buyers. Add to that, the segment has seen a number of launches in recent times including the new generation Maruti Suzuki Ertiga, Mahindra Marazzo, Renault Triber and the Maruti Suzuki XL6. In addition, existing offerings like the Toyota Innova Crysta continue to be strong and consistent sellers in the segment despite market slowdown and low demand.

Between April and September 2019, the Innova Crysta averaged over 4500 units every month, while the Maruti Ertiga sold over 8000 units month-on-month during the same period, according to the sales data shared by SIAM. That said, offerings like the Tata Hexa and the Renault Lodgy in this space were the few slow sellers. Nevertheless, the continued demand is expected to further fuel the volumes for MPVs and the segment can end the financial year on better figures than the previous fiscal.

It's no coincidence then, that more carmakers are eyeing the MPV space that promises more sustained volumes. Hyundai India is said to be developing an MPV that will arrive by the early next decade, while Ford too is believed to be working an MPV for India based on the Mahindra Marazzo, as part of its alliance with the Indian automaker.