The all-new BMW X7 will be the flagship SUV from the Bavarian carmaker and we expect BMW to unveil the SUV towards the end of this year at the LA Auto Show 2018. A near-production prototype model of BMW's upcoming flagship SUV - the X7 was recently spotted testing. BMW had released the images of the pre-production X7 late last year in December, announcing the roll-out of the of the prototype from the company's plant in Spartanburg plant, in the US. Several of the exterior parts and equipment are already production-ready and the BMW is expected to globally unveil the SUV towards to end of this year, at the Los Angeles Auto Show, in December 2018. 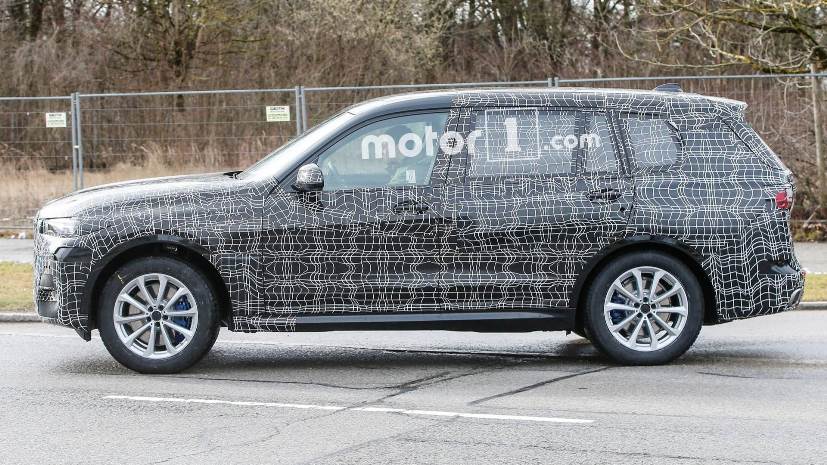 BMW X7's styling will be similar to the X7 Concept

Based on the latest images, we can see that the model has lost some of its camouflage and now we get a better look at a few of its exterior elements. The BMW X7 comes with a larger, more prominent grille, which is much more clearly visible in these new images. The SUV also gets a set of new sharper-looking LED headlamps with LED daytime running lights. Also, the front bumper looks slightly different and this could be the production version for all we know. The rear portion comes with nice, sleek-looking LED taillamps, with a high-mounted stop light and larger exhaust ports attached to the rear bumper. The bumper and exhaust could be temporary units for testing purpose. 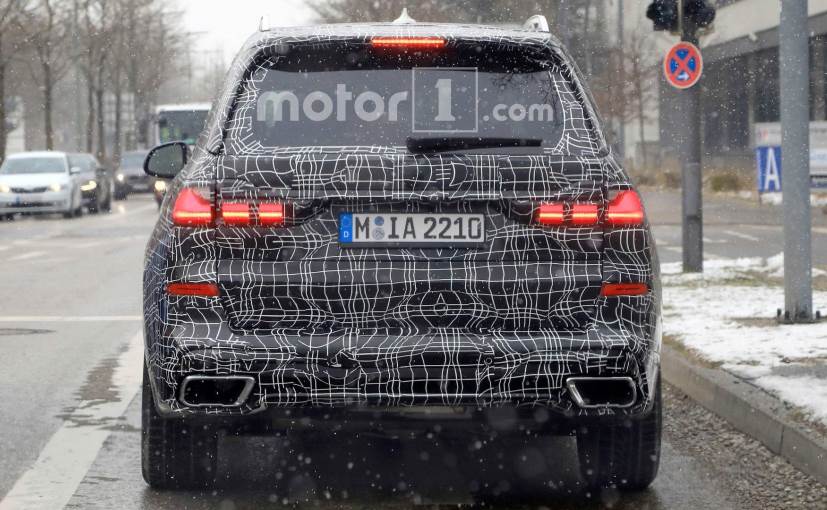 As for powertrain option, we believe that BMW will offer the inline-six engines of the base trims and probably a V8 to bridge the gap between it and the V12, which will power the top-of-the-line model. This will also make it the first X model to get one.