Being based on the same OMEGA platform, the upcoming Tata Gravitas borrows most of its design and styling cues from the Tata Harrier. In the recent photos, the SUV was spotted testing wearing crash test orange body wrap, with production-ready parts and panels. 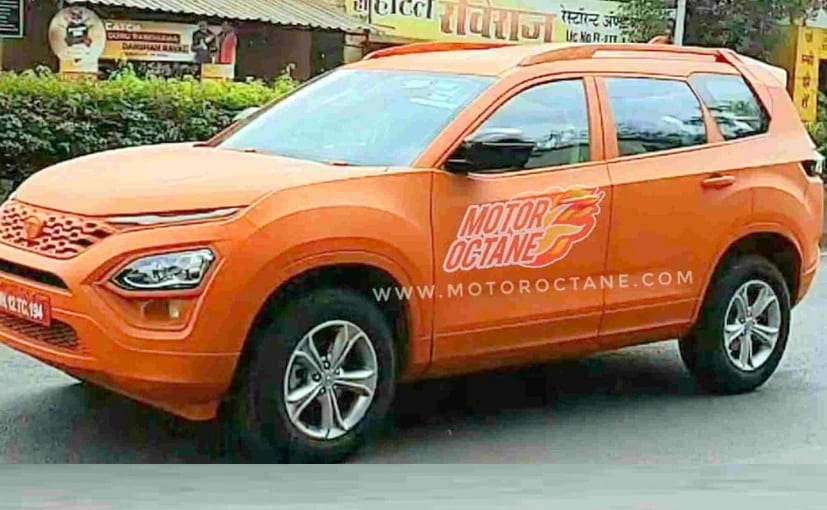 Images of a near-production Tata Gravitas SUV have recently surfaced online. The car was spotted testing wearing crash test orange body wrap, with production-ready parts and panels intact. In fact, we can even see the Tata logo under the wrapping. Based on the Tata Harrier, the global version of the new 7-seater full-size SUV, Buzzard was showcased at the Geneva Motor Show this year, so we expect the India-spec model to be showcased at the Auto Expo 2020, in February. We expect the SUV to be launched in 2020 and it will rival the likes of Ford Endeavour, Mahindra Alturas G4 and Toyota Fortuner.

The upcoming Tata Gravita is based on the OMEGA architecture like the Harrier and is essentially the 7-seater version of the latter. Thus, we can see that most of its styling is also borrow from the Tata Harrier, especially the face with the split lighting featuring sleek turn indicators above flanked by the grille, and the larger projector headlamps positioned below closer to the bumper. The headlamp housing also features a set of new large foglamp which are covered in this model. 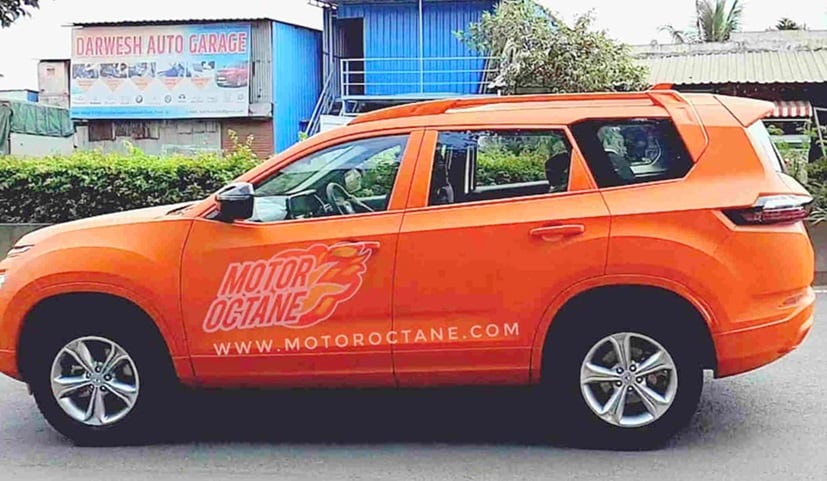 The profile of the car is where we see some noticeable changes, like the new quarter glass and the beefier D-pillar, large roof rails, redesigned windows and glossy black ORVMs. The Gravitas is longer than the Harrier but comes with the same wheelbase and we also see the same five-spoke alloy wheels. The rear section has also been redesigned and now features a pair of new smoked taillamps with LED lighting, a new larger tailgate and larger spoiler and a new bumper. 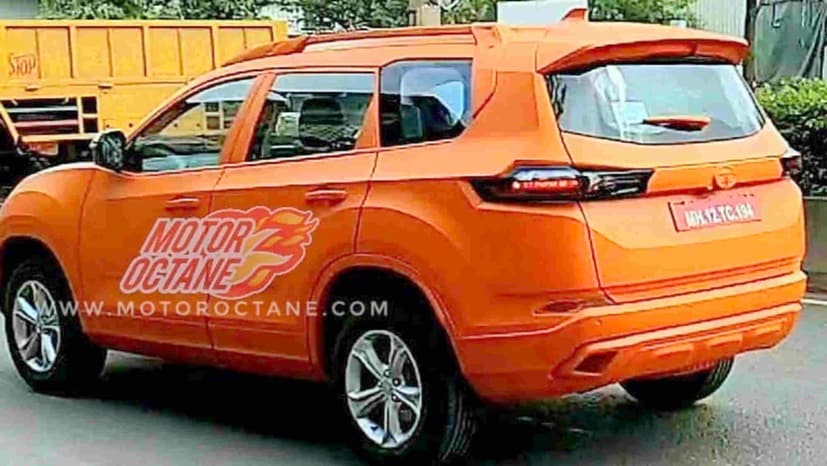 The Tata Gravitas will also get the same Fiat-sourced 2.0-litre, 4-cylinder diesel engine that powers the Harrier

On the engine front, the upcoming Tata Gravitas will also get the same Fiat-sourced 2.0-litre, 4-cylinder diesel engine that powers the Harrier. In the latter, the oil burner is tuned to churn out 170 bhp and 350 Nm peak torque, which will come mated to a 6-speed manual gearbox, and an automatic transmission as well, which is also likely to be featured in the Harrier soon.