The new-generation Mahindra Thar will go on sale on October 2, 2020, with bookings to open on the same day. The off-roader in a quantum leap when compared to the older model and packs in new technology, better features, comfortability and more. 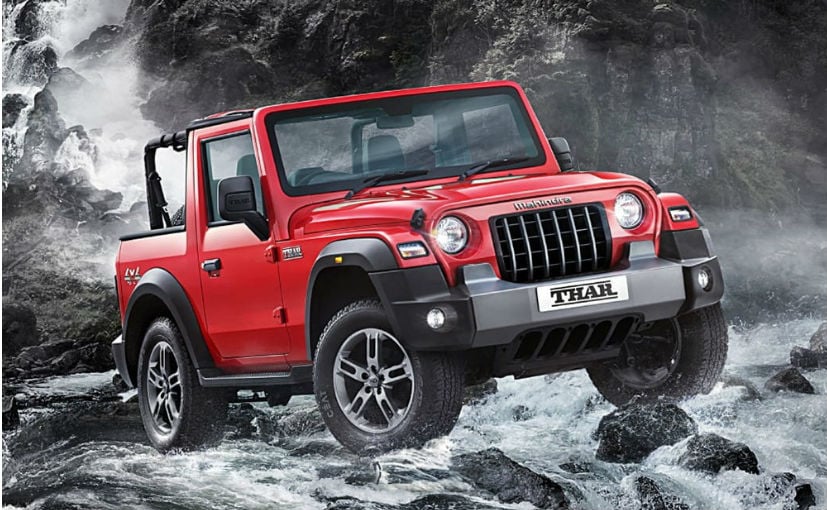 The new-generation Mahindra Thar has been finally unveiled and the off-roader takes a quantum leap over the current model. The all-new offering is feature-packed, technology-rich and designed to meet the current and future safety and emission norms. Mahindra & Mahindra has not only revealed the specifications of the new Thar on India's 74th Independence Day but also disclosed the launch details of the new model. The new Mahindra Thar will be launched on October 2, 2020, coinciding with the automotive giant's Founders' Day. Moreover, the day also marks the 151st birth anniversary of Mahatma Gandhi. Mahindra has also announced that bookings for the new-gen Thar will commence from the same day as the launch, in time for the festive season. 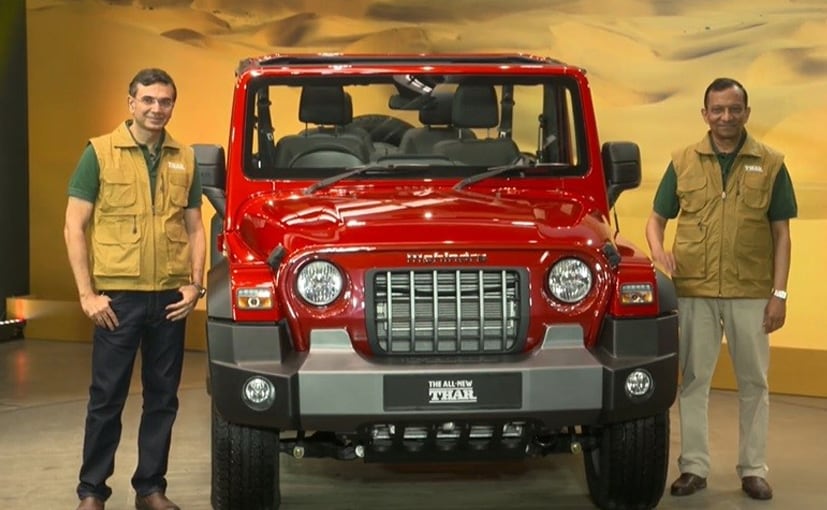 The all-new Mahindra Thar will be offered in soft-top and hard-top versions, the SUV retains the familiar silhouette but gets the distinctive new grille that's taken inspiration from the Mahindra's Classic vehicles over the years. It's a big departure from the current seven-slat grille that graced the front. The hood has been raised for enhanced pedestrian protection but the A-pillar remains rearward that leads the long hood into the beltline. The SUV gets wider bumper and wheel arches with integrated turn indicators and LED daytime running lights. The vertically-stacked taillights also get the LED combination lights for a distinctive look.

Mahindra says the new Thar is based on the third-generation platform and continues to be a body-on-frame construction. The track has been increased and the SUV is now wider than the predecessor that results in a more comfortable cabin and better safety standards. The SUV also gets 255/65 R18 tyres that have been upsized and are wider as well for improved on-road stability, better compatibility with the wheelbase and an improved stance. The wheelbase has been increased for better ingress to the second row, which now gets the front-facing seats. The lower variants will continue to offer side-facing seats. The new Thar retains the distinctive silhouette, albeit with a redesigned front for improved pedestrian protection

The cabin on the Mahindra Thar gets a completely new layout. The dashboard is all-new and integrates a 7-inch touchscreen infotainment system with smartphone connectivity and adventure gauges to give you real-time information on vehicle articulation, power delivery and more. There's a new instrument cluster with a coloured TFT MID unit, steering-mounted controls, weather-resistant switches, cruise control, roof-mounted speakers and more. The SUV comes with bucket seats with better cushioning and washable upholstery for easy cleaning. The VIN plate also makes it on the dashboard instead of being placed under the hood. Mahindra says that's a result of the feedback from the Thar community.  The safety package comprises dual front airbags, ABS, ESP, Hill Hold and Hill Descent Control, built-in roll cage with three-point seatbelt for all passengers, ISOFIX anchors for child seats and more. 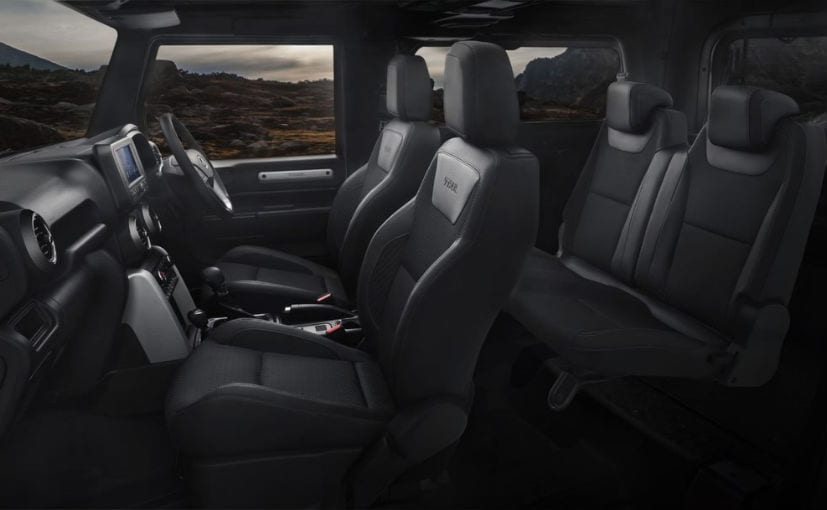 Front-facing rear seats are a first for the new Thar but will be limited to the LX Series. Lower trims will get side-facing seats

Power on the 2020 Mahindra Thar comes from the all-new 2.0-litre mStallion turbo petrol engine that develops 150 bhp and 320 Nm of peak torque. Diesel power comes from the familiar 2.2-litre mHawk oil burner that produces 130 bhp and 320 Nm of peak torque. Both engines are paired with a 6-speed manual transmission, upgrading from a 5-speed unit on the current model. The modern-day buyers will also appreciate the new 6-speed torque converter automatic on the SUV. The model comes with a manual shift 4x4 transfer case as standard with a low crawl ratio 42:1. The SUV gets an independent suspension at the front while the rear gets a multi-link unit. The rear axle comes with a mechanical locking differential. 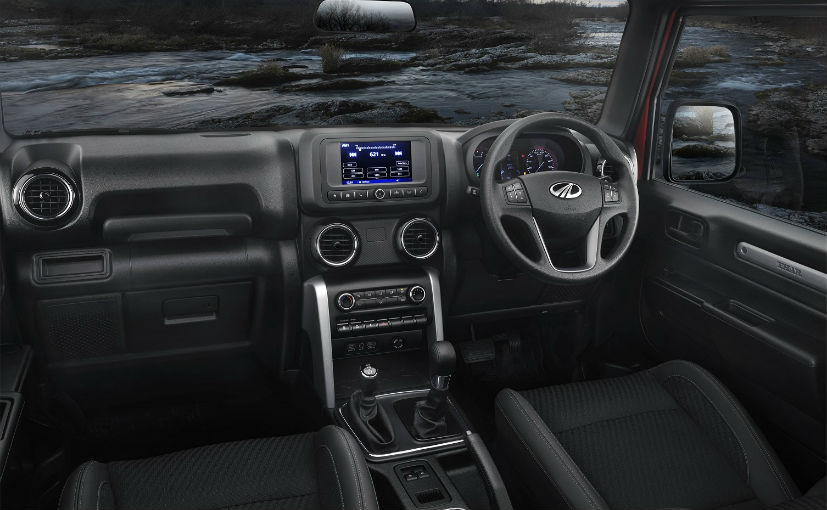 Mahindra says the new Thar has a water wading ability of 650 mm with an unladen ground clearance of 226 mm. Do note the ground clearance is likely to be different on the entry-level trims that will come with 16-inch wheels. The SUV has an approach angle of 42-degrees, ramp-over angle of 27-degrees and a departure angle of 37-degrees. 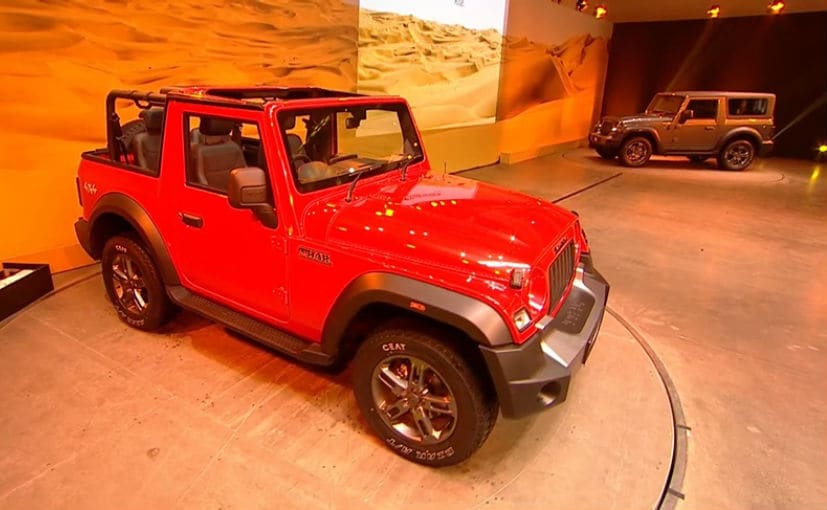 The new Mahindra Thar will be broadly offered in two versions, AX Series for the adventure enthusiasts, and the LX Series for the lifestyle users. The automatic versions will be limited to the LX Series and so will features like the touchscreen system, dual-tone bumpers, TPMS, height and lumbar adjustability for the front seats, as well as the 18-inch alloys.