The company will be revealing the 2017 Maruti Swift Dzire on the 24th of April and compared to the outgoing model, the new-gen Swift Dzire will be a lot more premium. The car is expected to be launched in India in May 2017. 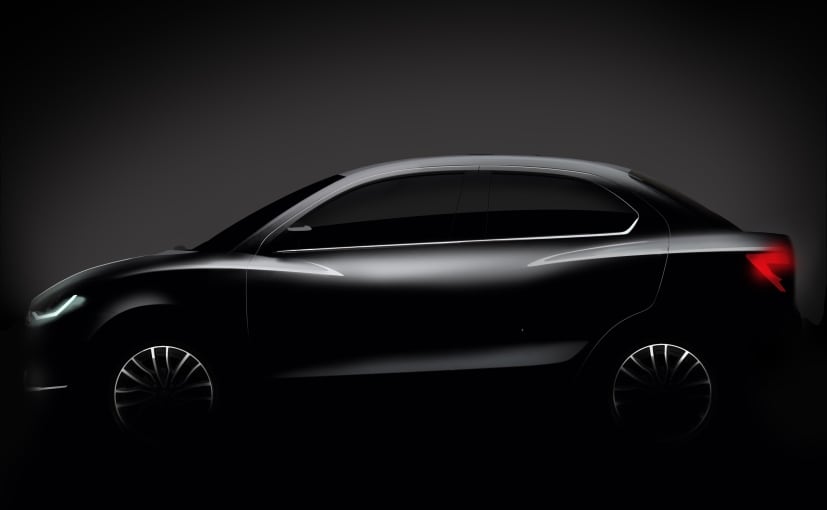 The 2017 Maruti Suzuki Swift Dzire's India launch has been confirmed for May 2017. Maruti Suzuki has released a sketch giving us a sneak peek into what to expect, and now things are getting more exciting after the launch of Tata Tigor and the Hyundai Xcent facelift. According to the company, “The new Dzire is designed to leave a lasting impression with its rich sculpted side body and enhanced proportions. It is modern, sleek and agile. The unmistakable sedan proportions with low and wide stance lends an elegant road presence to the new Dzire.” The company will be revealing the car on the 24th of April 2017 and we'll know more about it then.

The Swift Dzire is one of Maruti's most popular and consistent sellers, and has been among the top 10 selling cars in the country month after month  and there are already a lot of expectations from the new generation of the car. No wonder then, the automaker has decided to bring the all-new version of the subcompact sedan before the hatchback.  The Swift Dzire gets comprehensive upgrades over the outgoing version especially in terms of design.  From the various spy shots that we have come across, the design of the new Swift Dzire, now makes it look proportionate. The front is similar to that of the new generation Swift hatchback, but gets more chrome added to appeal to Indian tastes, while the C-pillar now integrates more seamlessly into the boot of the car.

The third generation Maruti Swift Dzire will receive a more upmarket cabin, which we showed you recently in leaked images. Inside, we’ll see a dual-tone finished dashboard, faux-wood inserts, beige upholstery with more premium fabric used for the seats. Upgrades also include an all-new twin-pod instrument console, flat-bottom steering wheel as well as a touchscreen infotainment system with Android CarPlay and Android Auto.

The engine options on the new Swift Dzire will remain unchanged and it will continue to use the tried and tested 1.2 litre K-Series petrol and 1.3 litre DDiS diesel engines under the hood. Transmission options will include the 5-speed manual on both engines, while the petrol will get a 4-speed autobox. The diesel will get the 5-speed AMT unit. Like all newly launched Marutis, the 2017 Swift Dzire should also come with dual front airbags and ABS as standard on all trims. We will know more about the car soon, so stay tuned!