Next Generation Skoda Octavia To Be Globally Unveiled In November

The next-generation Skoda Octavia is based on an updated version of the MQB platform and will make its global debut on November 11, 2019. The sedan is slated to be launched in India in 2020. The next-generation Skoda Octavia has been around for a while now, and we will finally get to see the all-new model soon with the global debut scheduled on November 11, 2019. Skoda Auto has confirmed that the 11th generation Octavia will be unveiled at a standalone event in Prague, the Czech Republic. The global debut is about a month after the Volkswagen Golf Mk VIII will be officially unveiled, and shares the same underpinnings based on the Modularer Querbaukasten platform (MQB). The sedan continues to be one of the most popular selling models for the brand globally and will make its way to India too as early as 2020.

The new generation Skoda Octavia will be based on an updated version of the MQB platform, which is expected to further improve cabin space. The styling will be along the lines of the new Skoda Kamiq and Scala in the automaker's stable, keeping up with the family design language. So, expect the new Octavia to sport single headlamps once again, as opposed to the split-headlamp styling that was introduced on the facelifted version in 2017. The traditional butterfly grille will also be retained but with a bolder, wider and sharper look. The other update will be a longer bonnet and redesigned bumper with LED fog lamps.

At the rear, the 2020 Skoda Octavia will get Audi-esque LED taillights with wraparound units that extend to the boot-lid. The notchback styling though will still remain the standout feature at the rear, while the station wagon version sold internationally is expected to get a slightly wider rear profile as well. 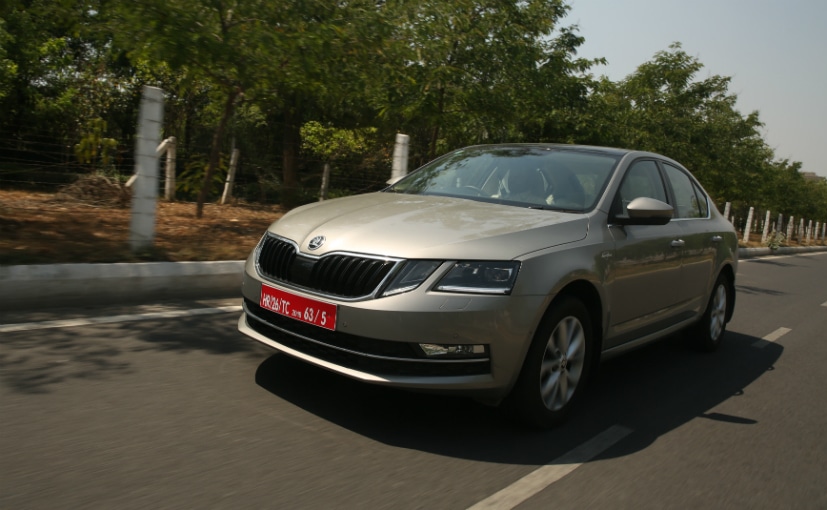 In India, the Skoda Octavia continues to be a segment favourite despite new competition

Inside, changes will be extensive on the 2020 Skoda Octavia and the model will be taking inspiration from the Skoda Vision X concept that was showcased at Geneva earlier this year. This includes a two-spoke multi-function steering wheel, a larger tablet-like touchscreen infotainment system that will house most of the controls, fully digital instrument console, and revised air vents that will now be placed below the infotainment unit. The new Octavia is also expected to get an electronic parking brake as a major feature addition.

With respect to the powertrain, the next generation Octavia is expected to draw power from the 1.5-litre petrol and 2.0-litre TSI engines, along with the 2.0-litre TDI motor. The engines are expected to get mild-hybrid tech, while a plug-in hybrid version is also said to be on cards in the future along the lines of the Volkswagen Golf GTE. This, of course, will be followed by the more powerful Octavia RS that will join the line-up and could sport hybrid tech as well.

More details on the 2020 Skoda Octavia will be available as we get closer to the global unveil. Keep watching this space for all the action.