Gadkari had visited Tesla headquarters in San Fransisco last year and had invited the auto and battery-maker to set up a facility in the country and offered land adjoining any port. 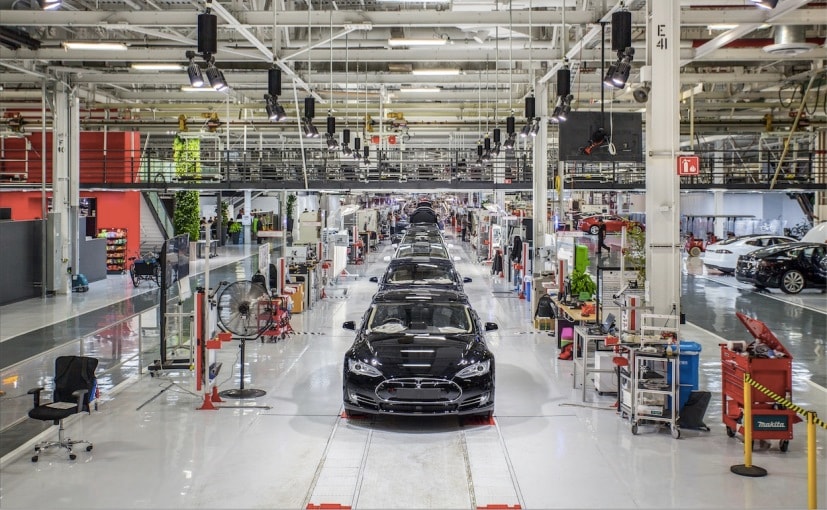 Electric car maker Tesla is unlikely to open its base at the proposed JNPT SEZ, Union Transport Minister Nitin Gadkari has indicated. Speaking at an event Mumbai, he said: "My department is concentrating on alternate fuels particularly on electricity" and the work is also being carried out on ethanol, methanol, bio-diesel and CNG. When asked if the Elon Musk-promoted, the US-based Tesla is coming to the proposed SEZ at JNPT which is the country's largest container port, Gadkari replied in the negative.

"No," he told PTI, without elaborating further. According to reports, JNPT, which is building a Special Economic Zone in a 277-hectare plot, was pitching to get Tesla open a manufacturing facility at the proposed facility. Gadkari had visited Tesla headquarters in San Fransisco last year and had invited the auto and battery-maker to set up a facility in the country and offered land adjoining any port.

The visit by the road transport, shipping and ports minister in the second half of 2016 had come almost a year after Prime Minister Narendra Modi had visited the facilities of Tesla known for its Model 3 electric cars for which the company has netted over 1 million pre-launch bookings.

Tesla has done advancements on power storage front which has also led it to launch some of the most sought after electric cars. There is also an ongoing interest as to when the company launches its products in the country.

Nearly a month after pointing out to the impediments posed by government's 'Make in India' push which mandates to have 30 per cent local sourcing, Musk had in June said that he was in discussions with the government "requesting temporary relief on import penalties/restrictions until a local factory is built".

On the government resolve to increase electric vehicles, Gadkari said the country will have electric cars, buses and bikes "over the next six months" and his constituency Nagpur already has 200 electric taxis plying.