Ride For Pride Organised By LGBTQ Community To Spread Awareness 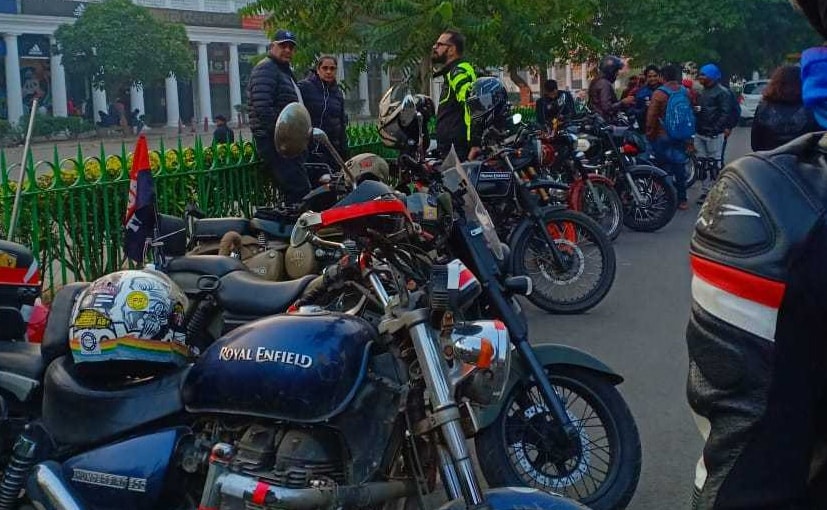 The LGBTQ community has their own ways to demand or celebrate their rights. Ride For Pride is one such events which the community has chosen to spread awareness. This year the Ride For Pride was organised on last Sunday. While the last year's bike pride was about thanking the high court for its positive judgement in past and reminding supreme court about Sec 377, this year the bike pride is aims to thank the Supreme Court for the recent judgement and raise awareness about LGBTQ rights and issues in the society.

The riders and supporters gathered at Connaught Place at 7 AM to start the rides which was concluded at the Lodhi Garden crossing Pragati Maidan and the Barapulla Flyover. On the way, they distributed pamphlets about the recent judgement and what does it mean to spread awareness. The pride was organised by the community members and the allies together. While Harsh Agarwal was from the community, Abhishek Saini led it from the allies' side. At the same time, it was supported by Blued - a gay dating and networking app for mobilising the community to participate.

Abhishek Saini who is an ally and was one of the organisers said, "It is indeed a landmark judgement. However, as allies, we need to support the LGBTQ cause more than ever. The battle has moved from Supreme Court to everyday dinner table for social acceptance. This is where maximum support is needed. I always feel grateful that the riders community is always willing to come out and support the cause."

Palash Borah, who identify as a part of the community and is working with blued said, "We were extremely happy this event could be organised. We need more such events where we can go out on the streets and raise awareness about the LGBTQ issues for wider social acceptance."