The Skoda Karoq SUV will be sold initially only with a petrol engine and will arrive in India as a Completely Built Unit (CBU). The new offering will take on the MG Hector, Jeep Compass and the likes in the segment. Auto giants Skoda and Volkswagen have planned an SUV onslaught for next year and the manufacturers will bring a range of new offerings to the Auto Expo before launching the models in the following months. We had told you that the Skoda Karoq will also be among the new SUVs and now, we have confirmation that the Karoq SUV that will go on sale in April next year. The launch timeline was confirmed by Zac Hollis Director - Sales, Service and Marketing, Skoda Auto India. The Skoda Karoq will be initially brought to India as a Completely Built Unit (CBU), Hollis confirmed and will be offered with only a petrol engine at the time of launch. 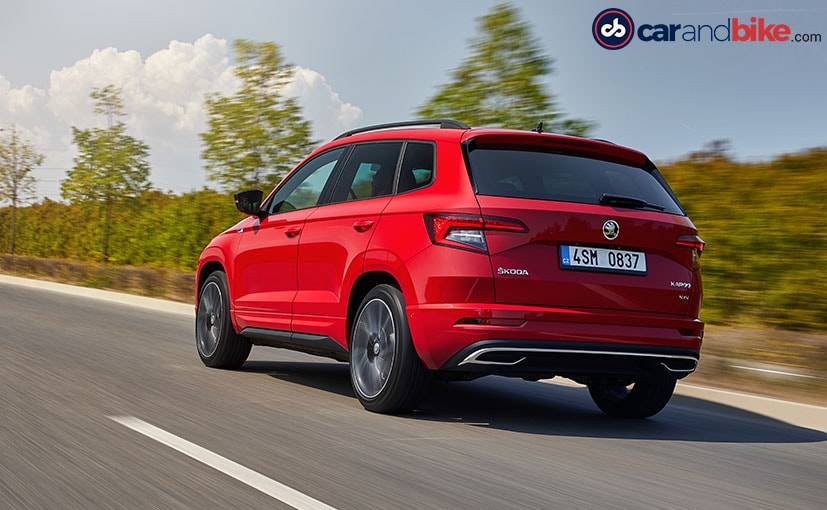 In April Aneesh. The engine I can't confirm but it will be initially petrol Now, we have already driven the Skoda Karoq and shared our first drive review. The compact SUV will compete in the premium end of that segment against the likes of the MG Hector, Jeep Compass, Hyundai Tucson and the likes. The car is based on the MQB platform and steps in place of the erstwhile Yeti that was sold in the same segment a few years ago. In terms of design, the SUV sports the same butch elegance that is synonymous with brand's offerings and is also seen on the larger Skoda Kodiaq.

In terms of tech, the Skoda Karoq will be loaded to the gills with a large touchscreen infotainment system that supports Apple CarPlay and Android Auto connectivity, dual-zone climate control, leather upholstered seats with black or beige-black cabin options. 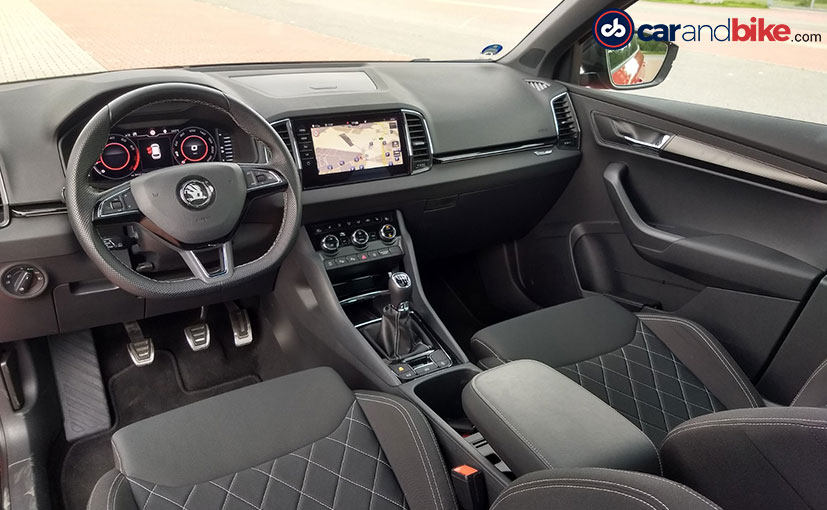 The top-end Skoda Karoq Sportline gets an all-black cabin, compared to the beige and black interior of the regular Karoq

Hollis did not reveal the powertrain that will be available on the Skoda Karoq at the time of launch. The SUV is likely to be offered with the 1-litre TSI unit with 113 bhp and 175 Nm of peak torque or a 1.5-litre TSI with 148 bhp and 250 Nm of peak torque, both of which are already sold on the SUV in other markets. A diesel engine that is BS6 compliant could be added later depending on market feedback, but the automaker is likely to focus on a petrol powered line-up for the next couple of launches.

The Skoda Karoq one of the four new launches that the brand has planned in 2020. The company has already teased the Octavia RS 245 that is set to arrive at the Auto Expo 2020 and that's when we will get to know more about the pricing on the performance sedan. With a limited allotments of 200 units for India, Hollis also confirmed that bookings for the Octavia RS will begin at expo in February next year.