According to the leaked information, the upcoming Tata Altroz Turbo will get a 1.2-litre turbocharged petrol engine, making 108 bhp and 140 Nm torque. Also, the turbo petrol variants are expected to be priced from Rs. 7.99 lakh to Rs. 8.75 lakh. 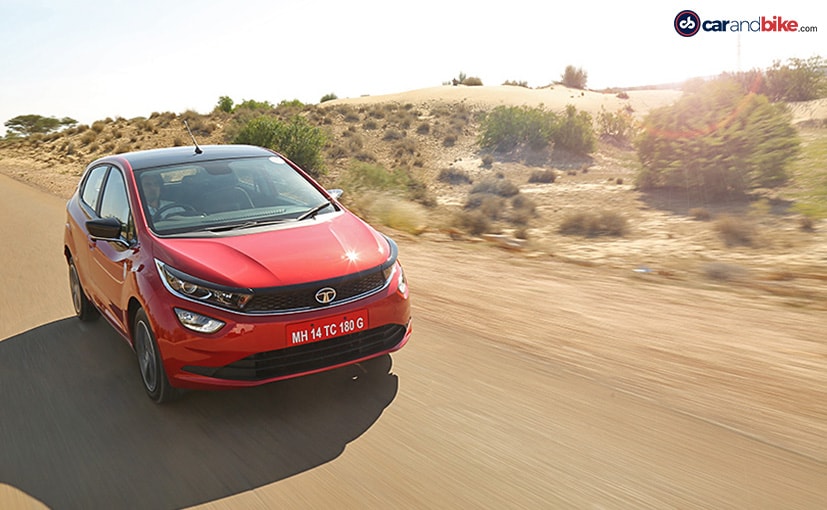 View Photos
The Tata Altroz turbo is likely to come in 4 trims, with prices expected to start from Rs. 7.99 lakh

The Tata Altroz is all set to get a new turbo petrol variant soon, and we have already shared spy photos of the car. Now, the engine specification and price details for the turbocharged premium hatchback have leaked online. According to the leaked information, the upcoming, Tata Altroz turbo petrol, will be sold alongside the existing naturally aspirated engine. The leaked document also has a table that lists out the prices for the turbo petrol variants, and while the variants haven't been mentioned here, there appear to be four trims in total, priced from ₹ 7.99 lakh to ₹ 8.75 lakh. Currently, the Altroz petrol priced at ₹ 5.44 lakh to ₹ 7.89 lakh (ex-showroom, Delhi). 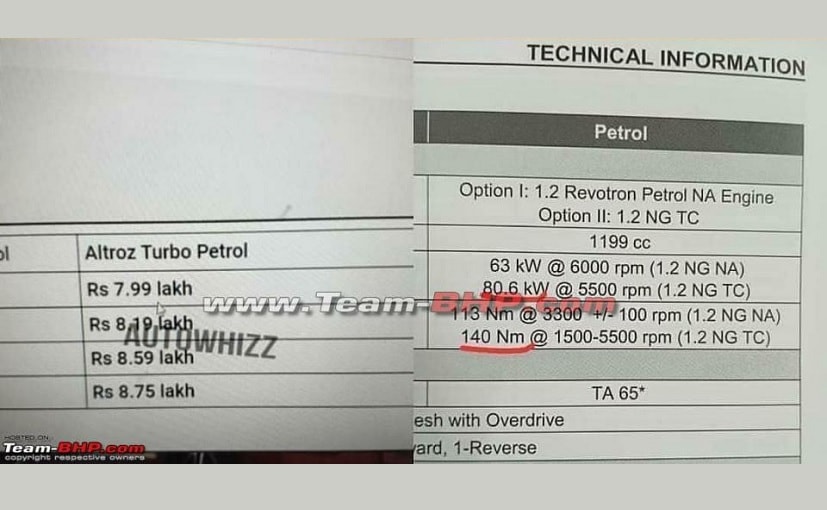 The leaked document suggests that the Altroz turbo petrol will get a 1.2-litre engine tuned to make 108 bhp and 140 Nm of peak torque

The upcoming Tata Altroz turbo petrol model will come with a 1.2-litre turbocharged engine that is tuned to produce 108 bhp at 5,500 rpm and develops a peak torque of 140 Nm at 1,500-5,500 rpm. Earlier, it was reported that the Altroz, will get a de-tuned version of the Tata Nexon's 118 bhp 1.2-litre, 3-cylinder, turbocharged petrol engine, which appears to be the case here. 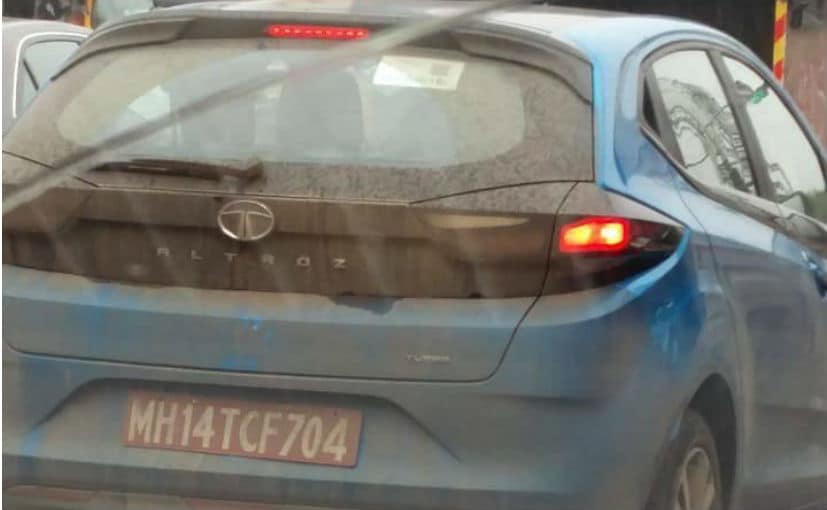 Earlier, the Tata Altroz Turbo Petrol spy shot revealed that it will get a new blue shade and a Turbo badge at the rear

However, we don't see any mention of an automatic unit, which would indicate that the car will come with the existing 5-speed manual transmission as standard, at least, at the time of its launch. However, the Tata Altroz Turbo is expected to get the automatic dual-clutch transmission (DCT) which the carmaker has been working on, but it's too soon to confirm that. Right now, the Tata Altroz comes with a 1.2-litre naturally aspirated motor that produces 85 bhp and 113 Nm of peak torque, along with a 1.5-litre diesel engine that makes 89 bhp and 200 Nm of peak torque. Both mated to a 5-speed manual gearbox as standard.

Upon launch, the new Tata Altroz turbo petrol would rival the liked of the Volkswagen Polo and the Hyundai Grand i10 Nios Turbo, both of which get a 1.0-litre turbo petrol engine. Currently, the Tata Altroz Turbo is expected to be launched around Diwali 2020.