Top 5 Upcoming Adventure Bikes To Be Launched In India

India is slowly being gripped by the fever of adventure motorcycles and 2020 promises to be a mouth-watering year for new ADV launches. There will be something for every budget and taste and we tell you all about new adventure bikes which will be coming to our shores next year. 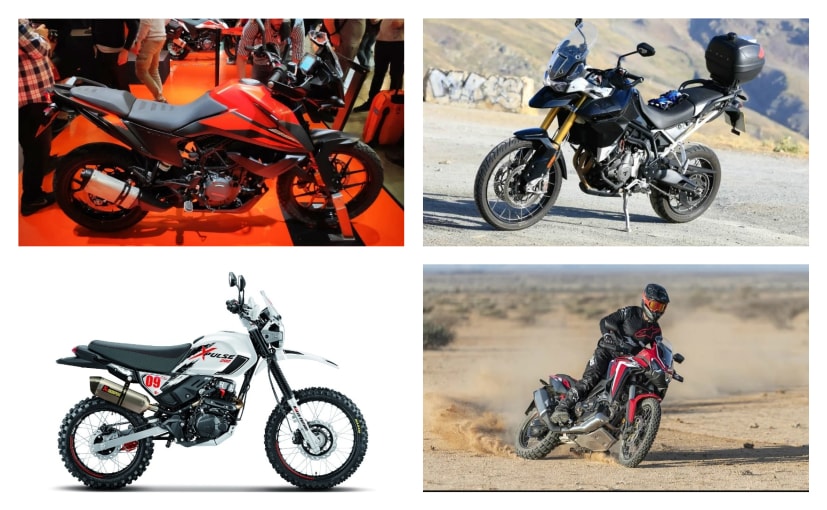 Indian motorcycling enthusiasts are slowly embracing the versatility that adventure motorcycles offer. Be it urban use, touring or off-roading, these bikes do it all with aplomb. And the good news is that 2020 will be a great year to own an adventure bike! Why we say so, because there will be new launches which will suit all budgets. Right from the Hero XPulse Rally Edition, the much-awaited KTM 390 Duke to the new Triumph Tiger 900 and the new Honda CRF1100L Africa Twin, 2020 promises to be a feast for adventure motorcycle enthusiasts. We tell you all about the top adventure bikes which will be launched in India next year with the KTM 250 Adventure and the KTM 390 Adventure launch in December 2019. 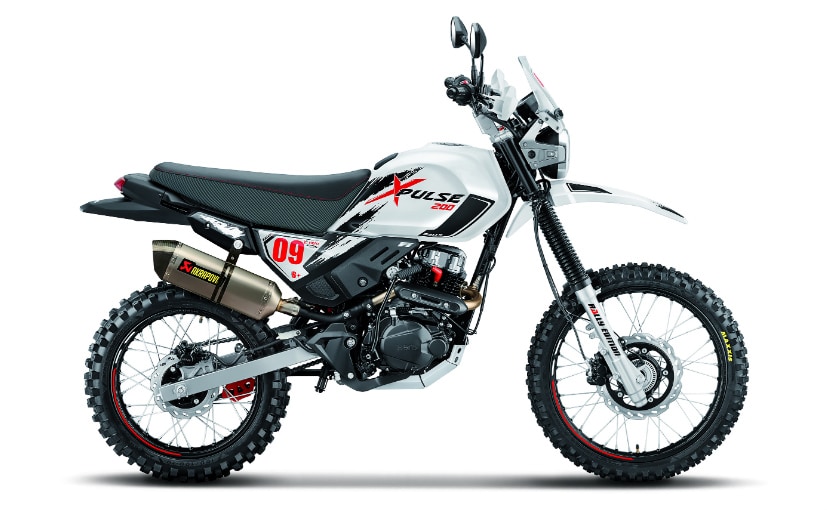 Hero MotoCorp has unveiled a new Rally Kit for the Hero XPulse 200 at the EICMA 2019 Motorcycle Show in Milan, Italy. According to Hero, the Rally Kit has been specifically developed for the XPulse 200 integrating learnings from Hero MotoSports Team Rally's experience at the Dakar Rally. The kit consists of fully adjustable, taller front and rear suspension, a flatter seat for easily changing position while off-road riding, extended gear pedal to suit off-road boots, handlebar risers for greater manoeuvrability while riding standing up, extended side stand for additional ground clearance, a 12-teeth front sprocket and 40-teeth rear sprocket for added grunt, and rally tyres for more traction while riding off-road. The Rally Kit is ready to fit on the Hero XPulse 200, and will transform the street-legal XPulse 200 into an all-out rally machine. Do keep in mind though that if you do get the Rally Kit for your XPulse, you won't be able to ride it on road as the Rally Kit is not homologated for road use. 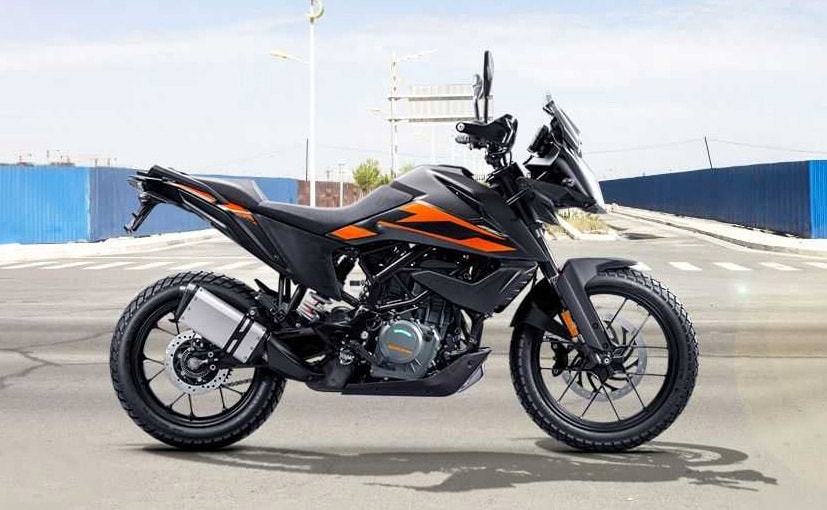 KTM silently unveiled the 250 Adventure and while it wasn't showcased at EICMA, it is a model that will come to India as the brand's entry-level ADV offering. In fact, the KTM 250 Adventure was spotted on test multiple occasions and will be made in India as well. The KTM 250 Adventure carries over the 248.8 cc motor from the KTM 250 Duke. Power figures are identical as expected, and belts out a little over 29 bhp and 24 Nm of peak torque. Dual-sport tyres, 200 mm ground clearance and a set height of 855 mm confirm the 250 Adventure's 'adventure' cred. Although the bike does miss out on ride-by-wire and adjustable suspension! We expect the price of the KTM 250 Adventure to be about ₹ 2 lakh to ₹ 2.5 lakh. It will be launched in India in December 2019 and deliveries could begin in early 2020. 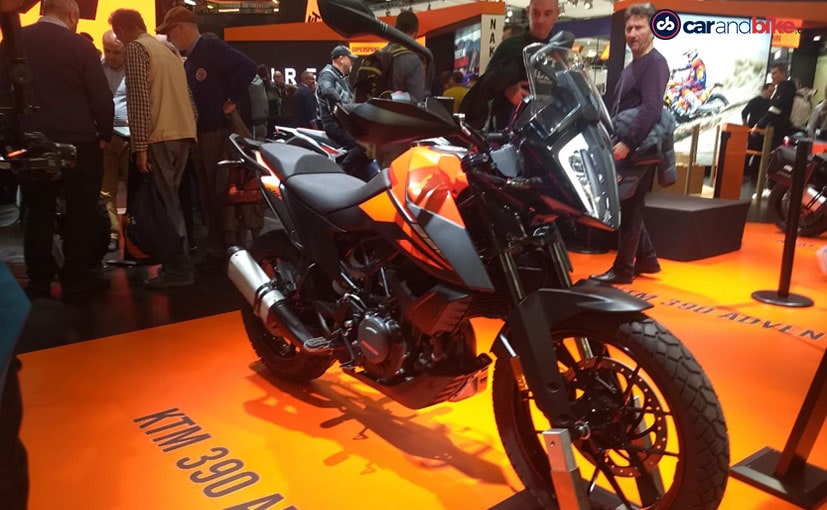 The KTM 390 Adventure, perhaps the most awaited, anticipated motorcycle launch in two years, was unveiled at the 2019 EICMA motorcycle show. Power on the KTM 390 Adventure comes from the 373 cc single-cylinder motor from the 390 Duke that develops 43 bhp at 9,000 rpm. That's the same output as the 390 Duke, while torque remains the same at 37 Nm at 7,000 rpm. The bike gets 19-inch and 17-inch wheels at the front and rear along with adjustable WP suspension with increased travel. There is Bosch 9.1MP ABS which can be disengaged for off-road use along with ride-by-wire and traction control as well. Plus, dual-sport tyres, collapsible footpegs, bash plate, knuckle guards are also offered as standard on the 390 Adventure. We expect it to be priced at about ₹ 3 lakh. 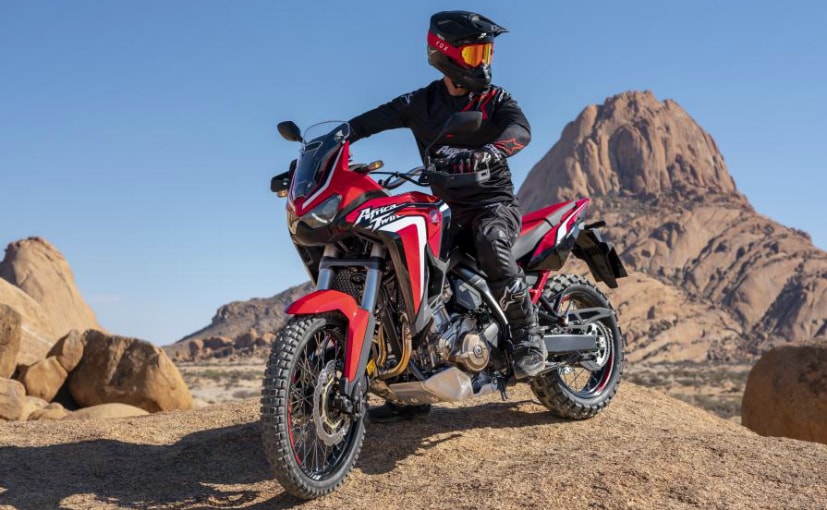 Honda took the wraps off the new 2020 Africa Twin earlier this year and it will be coming to India in 2020 as well. The bike now gets slimmer bodywork and it looks leaner and meaner. The big difference in the 2020 Honda Africa Twin range is the new and bigger engine, with a displacement bump to 1,084 cc, with 7 per cent more torque and 6 per cent more peak power. The 1,084 cc, parallel-twin has a compression ratio of 10.1:1 and puts out 101 bhp at 7,500 rpm and 105 Nm of peak torque at 6,250 rpm. The electronics suite of the 2020 Honda Africa Twin has also been completely updated, with the Honda Selectable Torque Control (HSTC), Honda's version of traction control system, now powered by the six-axis inertial measurement unit (IMU). The engine now features four power levels and three levels of electronic engine braking, with seven levels of HSTC. Honda has also added wheelie control to the latest model of the Africa Twin with three levels of input. The new Africa Twin gets four default riding mode options - Tour, Urban, Gravel and Off-Road, and two more additional, and customisable User modes. 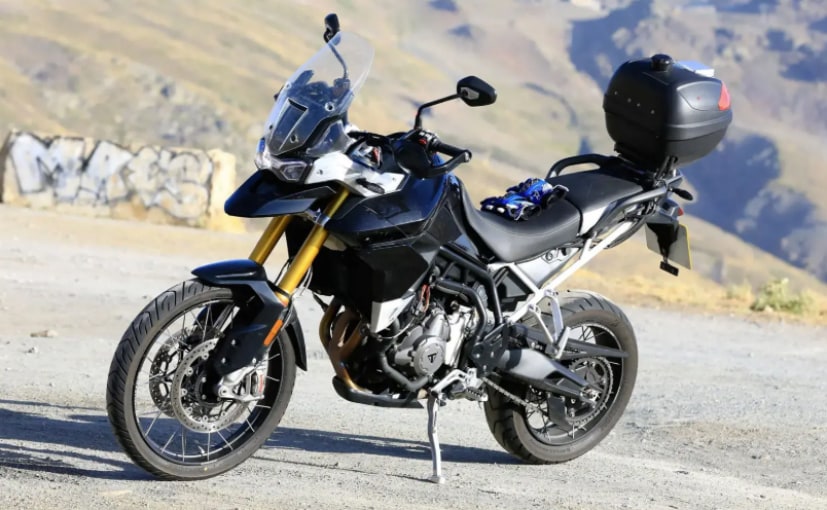 Triumph will be taking the wraps off the new 2020 Tiger 900 next month. As the name suggests, we expect the new Tiger to get a bigger engine, more power and torque and possibly a new electronics suite as well. The new Tiger 900 will have two variants, Rally and GT for off-road and touring, respectively. The chassis and suspension are expected to be reworked as well. Cosmetically, the front end of the new Tiger 900 will sport a completely redesigned look and it looks to be slimmer too, although the silhouette is unmistakably that of a Triumph Tiger.