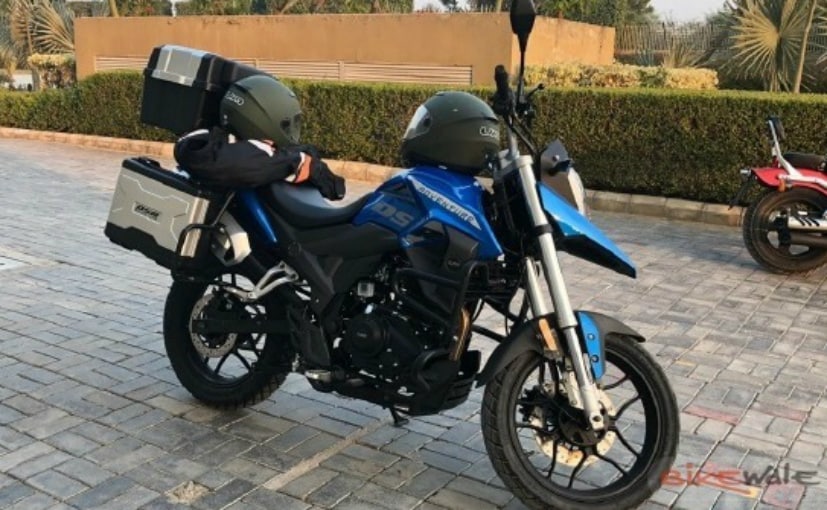 View Photos
The UM DSR Adventure is a 200 cc adventure bike which will be priced at Rs. 1.39 lakh

According to latest reports, the bike will be available in three colours in India and expected to be launched in the first quarter of 2019. The UM adventure bike will have 17-inch wheels, shod with dual-sport rubber, and with disc brakes on both wheels, and a standard single-channel ABS. The UM DSR Adventure is expected to be priced at ₹ 1.39 lakh (ex-showroom), and it will take on the soon-to-be-launched Hero XPulse 200, although the Hero adventure bike is expected to be priced slightly lower than the UM. The Hero XPulse also has a 200 cc single-cylinder engine which is shared with the Hero Xtreme 200R.

The Hero XPulse is expected to be the most affordable adventure bike available in the market once it's launched, in all likelihood, very soon in the market. The XPulse is powered by Hero's 200 cc, single-cylinder, fuel-injected motor which puts out 18 bhp of maximum power and 17.1 Nm of peak torque. The XPulse is expected to be at least ₹ 20,000-30,000 less expensive than the UM DSR Adventure.