The new Volkswagen pick up concept will be showcased at the Sao Paulo International Motor Show, on November 6, 2018. 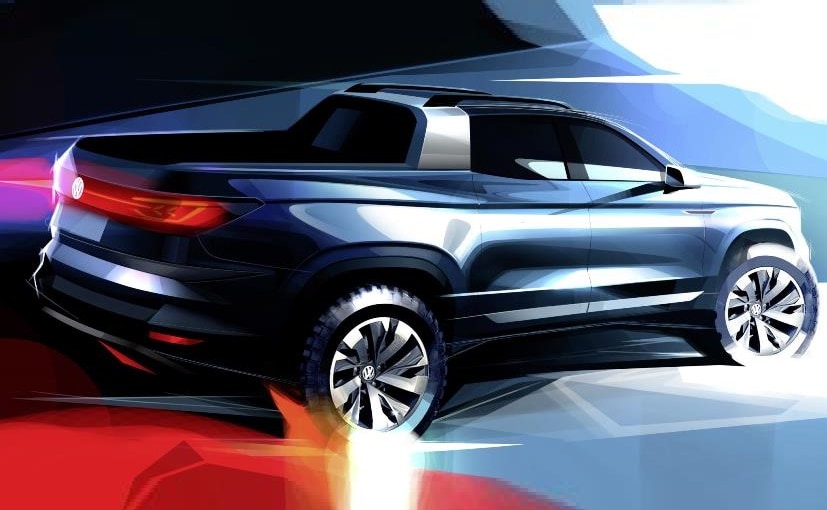 Volkswagen has released the first teaser image for its upcoming pickup truck concept1 that is slated to be showcased at the Sao Paulo International Motor Show, in Brazil. The German automaker says that the new pickup concept1 will be positioned below the Amarok, however, it will be based on Volkswagen's versatile modular transverse matrix (MQB), which also underpins the company's Tiguan SUV. Volkswagen claims that the new pickup concept will fuse the features of a digitally networked SUV and the versatility of a pickup to form a new, urban-oriented vehicle.

The new Volkswagen pickup concept is also said to come with noteworthy innovations, which will include a multivariable loading area. It uses a folding rear panel of the double cab which can be significantly extended with just a couple of simple steps. The pickup concept will also come with an all-wheel-drive system as well. Judging by the teaser sketch image, the new unnamed vehicle is expected to come with a chiselled and muscular exterior porfile to give the truck a tough stance.

The new Volkswagen pickup concept will also preview the production version, which will be launched in the Brazilian market in the foreseeable future. Volkswagen says that the series production model will come with just a few minor tweaks, compared to the concept model. Having said that, the company says, the vehicle concept could conceivably be suitable for other regions.

As already mentioned the new Volkswagen pick up concept will be showcased at the Sao Paulo International Motor Show, on November 6, 2018.

Ex-showroom Price
₹ 33.12 Lakh
EMI Starts
₹ 68,752 9% / 5 yrs
Get On-Road Price Check Reviews
Subscribe to Our Newsletter
Over 1.5+ Lakhs subscribers
Thank you for Subscribing to Us