Yet Another Car Crash Leaves Crumpled Heap And Two Dead 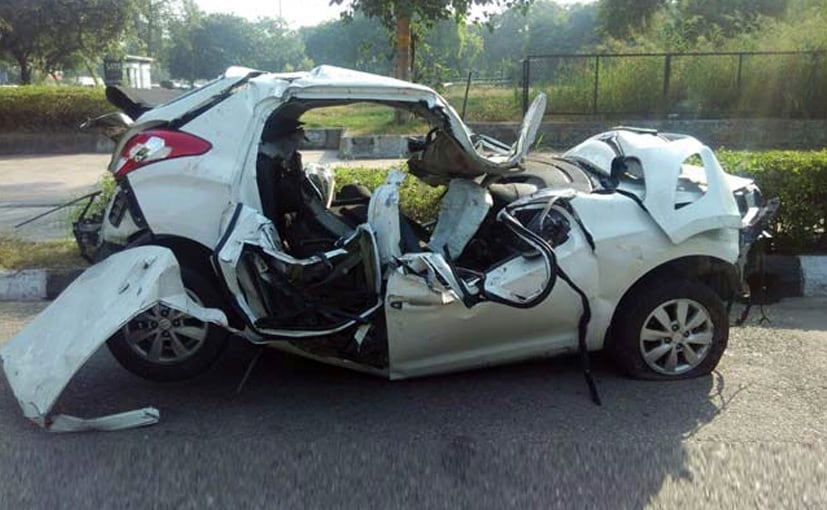 Early this morning, a Hyundai in Delhi toppled over on a large road in central Delhi, a street light jammed right through the middle of the car in a terrible accident. There were five people in the car, all in their 20s, who had driven from Haryana to Delhi to attend a friend's wedding.

The driver and the person riding shotgun have died. Two of the others are fighting for their lives. The third is safe with no major injuries. The accident took place near Delhi's famous ITO, a major landmark with income tax and police headquarters.

Police sources say the driver, identified as Kashish Anand, tried to dodge a motorcycle that was trying to over-take the car. He then allegedly lost control of the Hyundai, which rammed into a large divider and somersaulted. A street light then came crashing down on the car. Yet again, the topic of safety takes centre stage and this is where car crash test norms, which will come into effect in India next year, might help bring in well-built cars.

"We saw the car trying to avoid colliding with a bike - and then smash into a divider. Passersby evacuated four people from the car and the fifth one was taken out using a gas cutter," said a male witness.

Kashish Anand's uncle, Gaurav Verma, told NDTV, that the young man had lost both his parents recently, "We were informed about the accident at 4am by police and now he is dead."