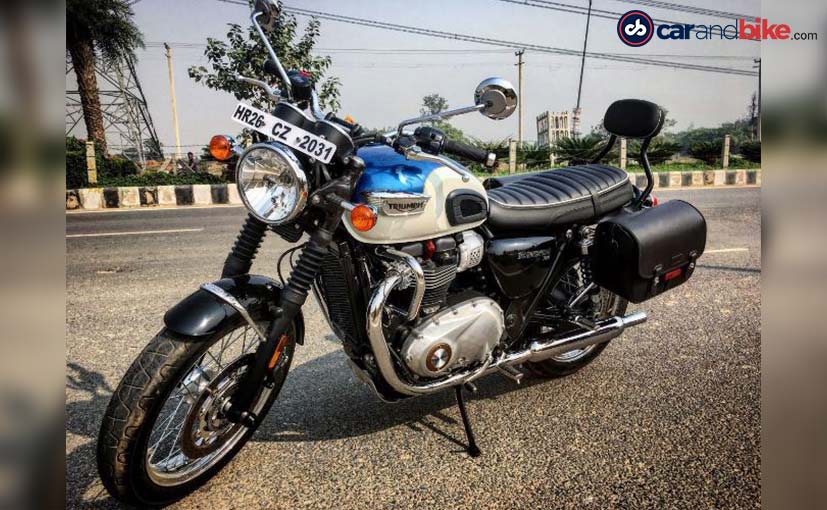 The Triumph Bonneville T100 has arrived in India and completes the new family lineup of the Modern Classics from the British bike maker. Triumph had announced in 2015 that the Bonnie range is expanding from two bikes to five, and has steadily brought us all now.

The T120 and Thruxton R (though we do not have the regular Thruxton in India) are the range toppers while the Street Twin is the entry bike and sits just below the T100 - though sharing its engine. That is the 900 cc parallel twin unit that puts out 54bhp and 80Nm of peak torque. The new Bonnevilles hark back to the very first time Triumph used the Bonneville moniker in 1959 - when it named its bikes after the 193.72 mph (311.76 kmph) land speed record on the Bonneville Salt Flats in the USA, achieved by a Triumph engined Texas Ceegar streamliner in 1956. 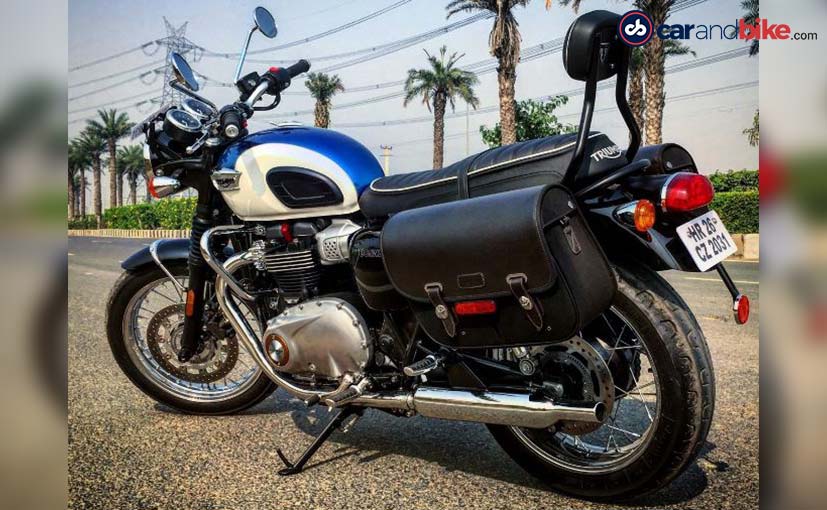 The T100 carries forward the retro chic styling that the T120 exemplifies. And so you get a sculpted fuel tank that sits wide on top. If you opt for the dual-tone orange and white or blue and white, you also get coach lines. The black option also looks pretty cool though. The bike is all polished and chromed - its engine and silencers gleaming in the late autumn haze. The seat is nice and wide and very fat - again very retro in its impression. Also adding to it are the wire 32-spoke wheels - 18" in front and 17" at the rear. It also sits low which means you can easily plant your feet on the ground when you need to. The analogue gauges are finished in polished chrome bezels and are backlight with white light. They also house two digital screens with handy information like distance-to-empty, real-time mileage and two trip metres. 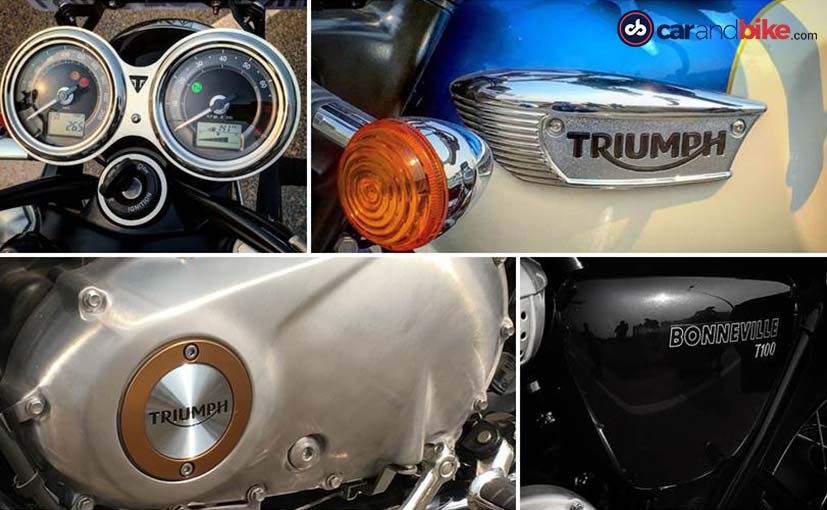 I am pleased to say I have now put the first 100 kilometres on this brand new bike! It had got to me with just 9 kilometres on the odometer. Well I am not done yet I think! And that is because this bike is indeed a pleasure to ride. Now it has to be said that for a while now whatever we have got from Triumph has been easy to ride and handle. In fact the same is even true of the flagship Rocket III to some extent and with comparison to its peers! But now I exaggerate because the T100 is at the other end of the spectrum anyway! The T100's strongest suit is its handling. The bike is so easy to manoeuvre that it darts through traffic and coasts beautifully on the open road too. It has a nice playful character, and its engine's throaty rumble also keeps you constantly interested. It also gets heads to turn - although the two tone paint job may have had something to do with that.

The bike has a good suspension too - another USP given the Indian conditions we have to contend with. And the part I think that really sits well with me is that the T100 isn't trying too hard. It isn't overly masculine or heavy, and it isn't excessively powerful either, so it gives you comfort and peace of mind. But drop a gear and twist the throttle and it still leaps into action fairly quickly. After all this used to be the ride of choice for the likes of Clint Eastwood and Steve McQueen! In the messy traffic that is typical of our cities, the T100 holds its composure, and it doesn't tire you out either - as the seating position and stance are very comfortable. It is also a modern bike and so comes with technology like ride by wire, traction control and also has ABS (antilock brakes). The taillight is LED, and the T100 also sports some user friendly features like a trip computer, distance-to-empty indicator, and a USB power socket so you can charge your smartphone on the go. 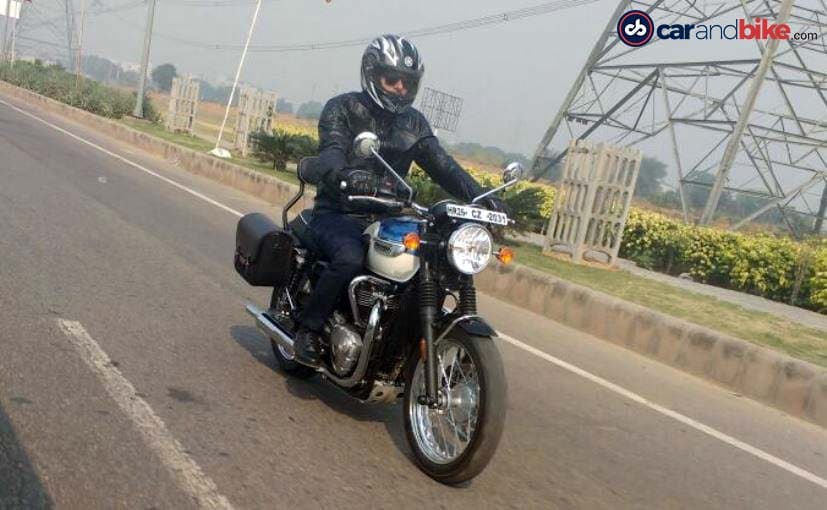 It was also interesting to note that the T100 got more stares than Bonnies usually do. The combination of the sound it made and the two-tone paint job are probably what did the trick. It is a pleasurable and fun bike to use on daily commutes and also does just enough to allow you the occasional weekend jaunt. Its good engineering and stability make this a good package - given you can spend almost Rs 8 lakh on your two-wheeler of course.

Kawasaki Versys 1000
₹ 10.89 Lakh *
View More
Subscribe to Our Newsletter
Over 1.5+ Lakhs subscribers
Thank you for Subscribing to Us