Mercedes-Benz will offer a relatively inexpensive coupe to its audience in India very soon with the all new and freshly updated C-Class coupe! So read on to know what this new car from the three-pointed star is all about. 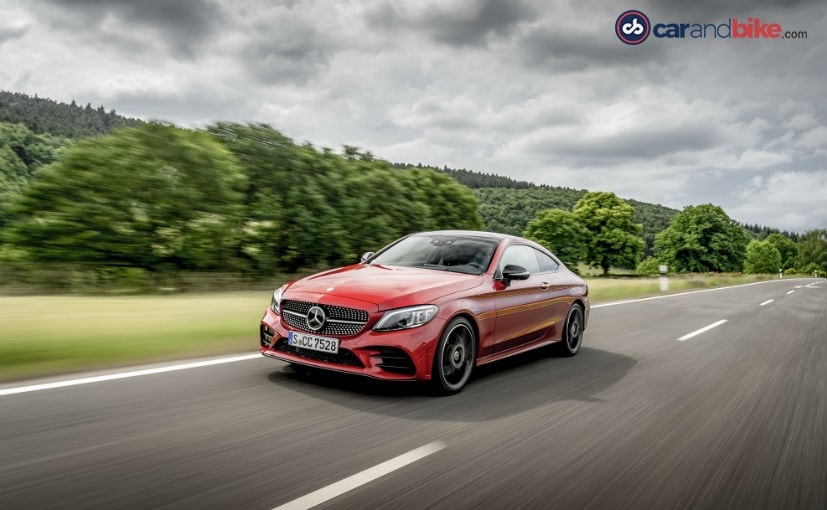 Mercedes-Benz offers almost every car in a whole host of body styles. While we in India usually end up getting the sedan (mostly in its long wheelbase avatar) and the occasional cabriolet thrown in, the coupes are the ones usually omitted from the lineup. This is normally because of the fact that the cabriolet offers almost all of the coupe advantages (or disadvantages) with a whole bunch of extra sex appeal you get when it goes topless (all puns intended). But there are a whole bunch of premium car buyers around the world and most certainly in India who dislike the very idea of a cabriolet - especially a fabric top one for a whole host of reasons. And those buyers (albeit limited) do want a coupe. And now Mercedes-Benz will offer a relatively inexpensive coupe to just that audience in India very soon with the all new and freshly updated C-Class coupe! So read on to know what this new car from the three-pointed star is all about. 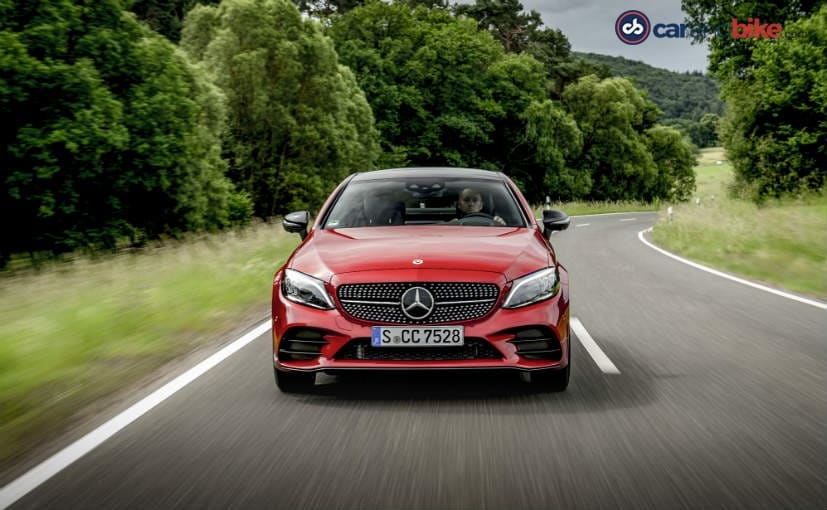 (The Mercedes-Benz C-Class Coupe is lower, has a more aggressive rake on the windscreen and most certainly looks a lot lot better than the sedan)

The C-Class coupe is more than just a two-door version of the sedan we get in India. A whole lot more. It is lower, has a more aggressive rake on the windscreen and most certainly looks a lot lot better than the sedan - especially in this AMG spec that we drove our test car in. It has a typically C-Class front with the new updated (or facelifted) look so you now get full LED headlamps as standard (more on that later), a sport or diamond grille like you get on C43 and a much more aggressive front bumper with a whole host of intakes and vents to ensure the best blend of cooling and aerodynamics. Move past the familiar face and you come to the two large doors (larger than the sedan) and the very pretty sloping roofline that blends oh-so-well into that tail gate. The greenhouse is typically Benz-Coupe like with a rear window that curves nicely following the chrome or black trim (depending on the spec you get) and of course, you do get that signature Mercedes-Benz tail design that is now a standard on all coupes - the horizontal tail lamps and the stubby bootlid. 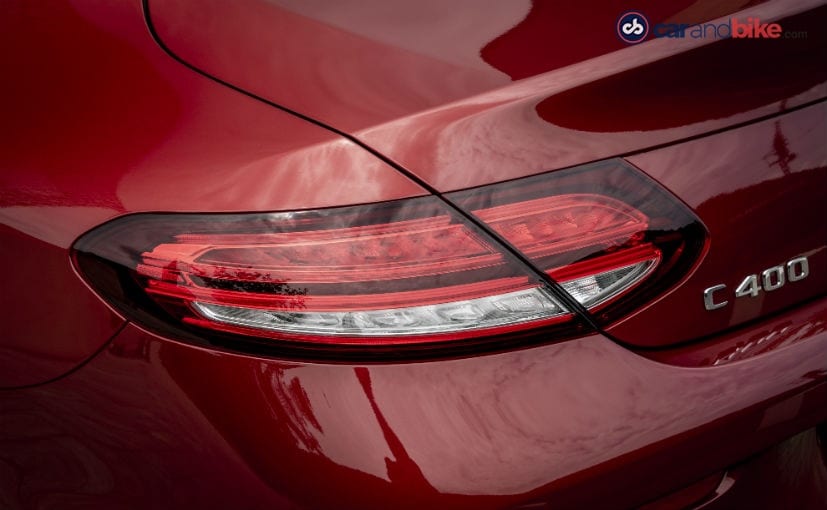 Now the car we drove, as I mentioned earlier, came in the AMG body style but isn't really an AMG underneath but a lowly C300 (which could be offered in India sometime later this year). So what you do get as standard are those LED headlamps we mentioned earlier. Now while these - almost alienish 'LED high performance headlamps' look extremely cool and super modern with its design, they are actually not the full beans. Mercedes-Benz does actually offer a more contemporary and less over the top 'Multibeam LED headlights' as a slightly more expensive option which comes with a whole load of tech. That said, they do look a little older, especially when compared to the cheaper options and more importantly, when compared to some of the headlamps rival Audi is putting out. 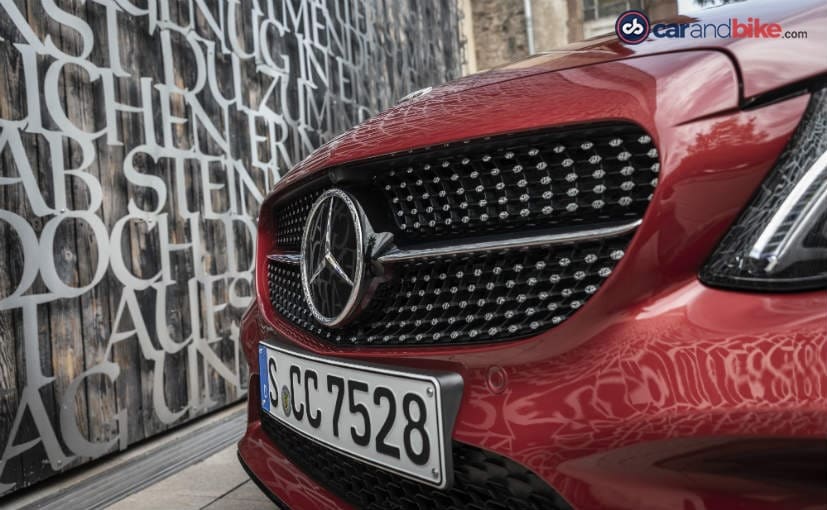 Our car also came equipped with a set of 19-inch wheels, again AMG spec, but you would be better off with a slightly smaller set for India with a little more sidewall. No wait, I take that back. The wheels on our car and even more importantly, the AMG optional wheels you can get on the C-Class Coupe (in matte black) look very impressive in all its 19-inch glory. In fact, a car with the kind of stance the C-Class coupe has really does need a half decent set of large wheels to fill that wheel-well well. 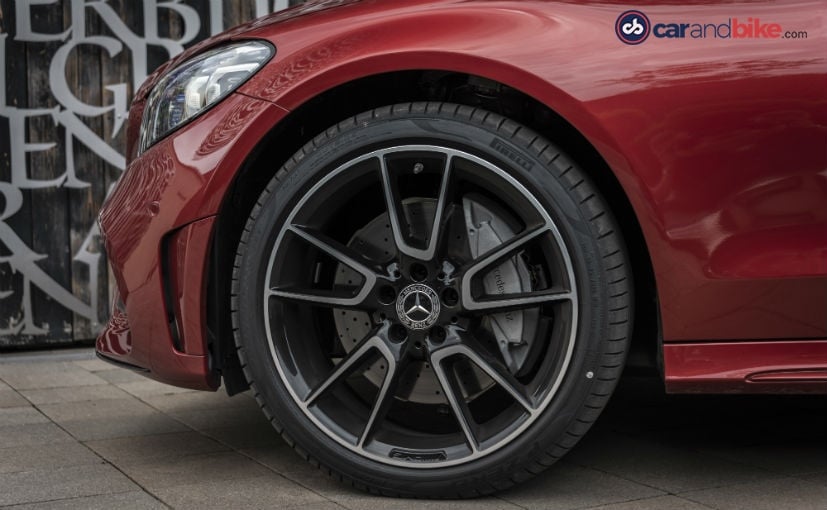 (The wheels on C-Class Coupe, in matte black, looks very impressive in all its 19-inch glory)

While the updates to the exterior of the facelifted C-Class is a bit of trim, nicer headlamps and tail lamp and new wheels, it's the interior that really has had a massive update. Just like on the regular C-Class facelift, the C-Class coupe facelift too gets all the gadgets and gizmos that make the car a lot lot better than it ever was. In fact, the C-Class facelift in general will be known more for its tech than for its updated looks. Get into the car and the high quality and familiar interior of the C-Class welcomes you into two nice comfy seats (that in our car were both cooled and heated) and surprisingly, there is actually quite a bit of space too. The C-Coupe is a traditional 2+2 Coupe which means that you could (technically) fit 4 people in the car - two up front and two in the rear. But unless they were children, supermodels or limbless, it would probably be quite uncomfortable. Your dear scribe for example would find it quite a task to get in and out of that back seat with his ..... ummm...... portly dimensions. But then it is a coupe afterall. It isn't meant to be a practical as sliced bread. 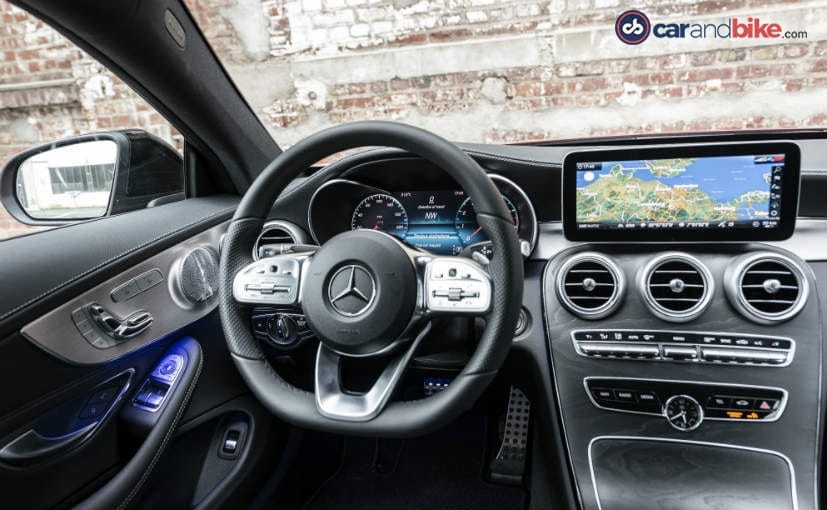 (The Mercedes-Benz C-Class Coupe gets a well designed cabin)

Now the C-Class has always had a very well designed cabin. In many ways, it has always been called the baby S-Class and for good reason. But now it is even closer to that moniker. For starters, the analogue instrument clusters are now a part of the history books alongside the Mughal Empire, replaced with an LCD screen. In fact, the screen is the exact same unit that you get on the E-Class and the S-Class! The infotainment screen too is now very different. Gone is that almost squarish conventional screen replaced by a horizontally placed display that has higher resolution and a completely nee user interface. Sadly however, it is still not a touchscreen as Mercedes-Benz has once again stuck to its guns with the Command control unit that used a knob and a small touchpad. You do however now get the likes of Apple CarPlay along with addons like wireless charging for your cellphone in a dedicated cubbyhole. 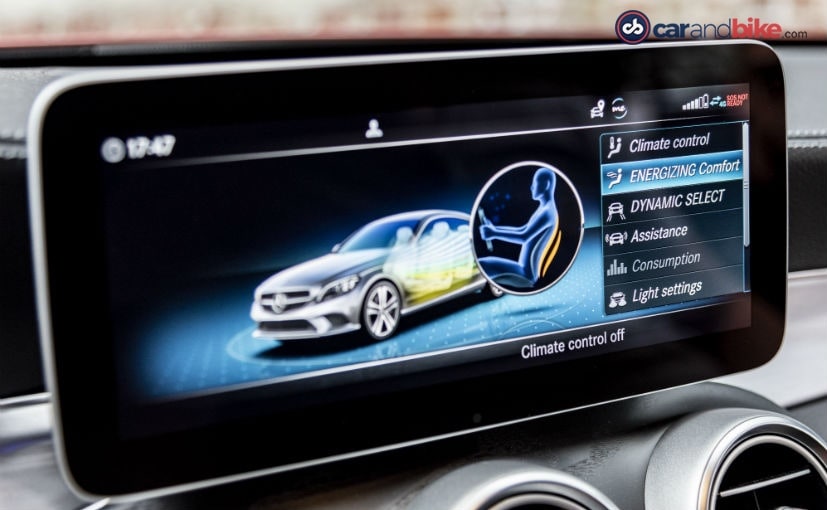 While our car came with a lovely dark wood open pore central console, the likes of the India bound Mercedes-AMG C43 will actually get some rather cool carbonfibre options too. The car will also come standard with a large panoramic roof too that really does help keep the rather small cabin as airy as possible. All in all, while the C-Class in general is a great place to be, the C-Class Coupe with its lower and more set back seating position is even nicer.

Just like the cabriolet in India, the C-Class Coupe will be sold with a C300 engine alongside the likes of the Mercedes-AMG C43 and possibly even the C63. The C300 is still a 4-cylinder, turbocharged 2-litre engine but now makes a little more horsepower than it did earlier - 255 bhp to be exact. It also makes a respectable 370 Nm of torque and all of this goes to the rear wheels and gets it from 0-100 kmph in 6 seconds and on to a top speed of 250 kmph, which of course, as with more German cars is electronically restricted. The 300 spec engine feels just as nice to drive as it always have with linear power delivery (in the right gear) and a non-vibey nature. I do have to emphasize though that I genuinely dislike that fake exhaust drone that is fed through the speakers and would rather hear some good old fashioned intake or turbo noise any day! But, when it comes to the way it drives, the smooth, responsive and adequate nature of the C300 Coupe feels great. It is just enough power to get you into a bit of bother but not enough power to make you do something stupid. 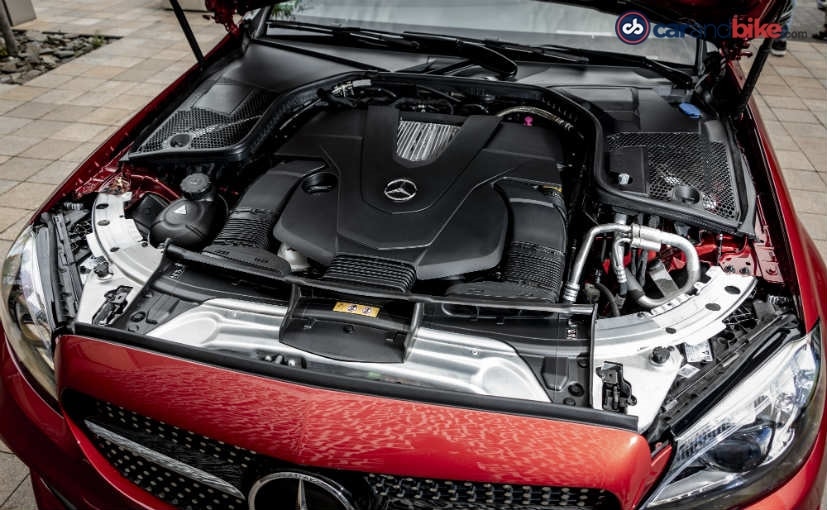 This extra power and smooth delivery comes due to the fact that Mercedes-Benz has actually put in some rather impressive engineering into the new 'M264 Series' engine. You get a twin-scroll turbo - for fuel economy, not performance, and the two-stage valve lift system 'Camtronic' that varies the amount the valves open on the go depending on the engine load. Again, this is purely for better emissions and better fuel economy and the gains are as high as 4 per cent on the latter. The engine also has a variable width cylinder bore to control the piston ring's thermal expansion and even the valves themselves are hollow on the inside.

The Mercedes-Benz C300 Coupe has a hint of stiffness but is largely quite comfortable and something you can definitely drive across Europe (or from Mumbai to Delhi) in one shot and not feel completely dead. Steering response is actually lighter than the C-Class sedan we have in India - mainly due to a set of different tyres, larger wheels and slightly different suspension setup. And it does weigh up nicely too. On the whole then, not much to really nitpick upon. 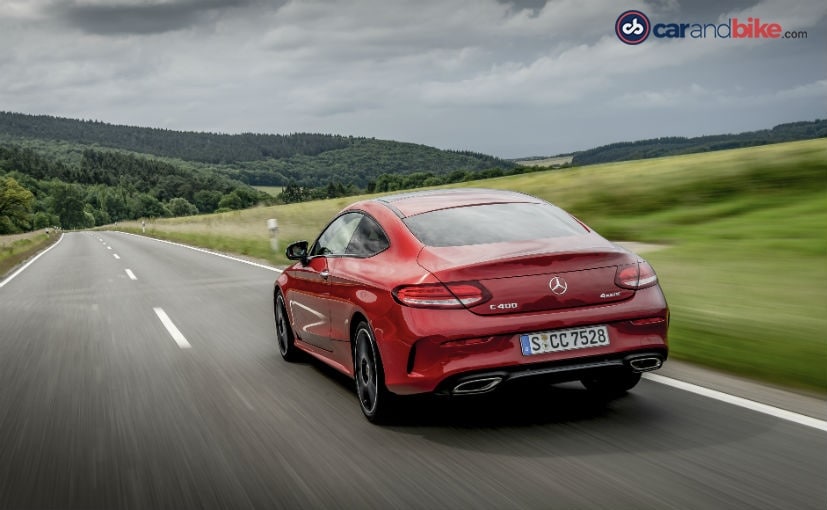 As we mentioned, the Mercedes-Benz C-Class Coupe is India bound. That is a fact. While earlier it was meant to be just the AMG C63 coupe that was expected, the more likely one now is actually the C300 and AMG C43 duo. While the C300 will be priced sensibly at around the ₹ 60 lakh price point, expect the C43 coupe to be priced close to the ₹ 80- ₹ 85 lakh range. While it will be the cheapest coupe that Mercedes-Benz offers in India, in a greater scheme of things, this certainly isn't a cheap car. But then, looking good never is.