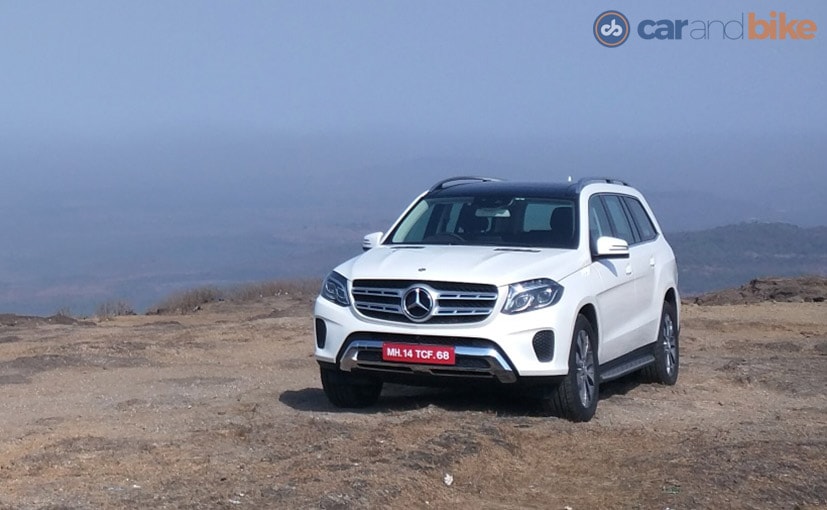 Ever tried to change your name? The process is a pain, you know where. It's a tedious process which might even be compared to the twelve tasks that Asterix and Obelix were handed over. And even if you follow the process to the 'T', you have to convince and justify your reasons for the name change. Glad Mercedes-Benz did not have to go through this process to use its new nomenclature and the change from GL to GLS is one of note. In fact, the company's name changes makes a lot of sense as it the SUVs with its core sedan line-up. So, if you approach logically, there's a lot of method to the madness - the C-class based GLK becomes the GLC, the E-Class based ML becomes the GLE and the S-Class among the SUVs the GLS.

Let it be noted that the changes on the exterior are marginal, yet evident and that includes the extra letter on the badge. Compared to its predecessor, the GLS is 10mm longer but certainly looks less bulky. It's taller, wider and longer than the Audi Q7 and that's what gives it a strong road presence. It also gets a new face with a vertical and wider radiator grille. The tri-star logo has been neatly integrated with the double silver slats and the bulge on the bonnet brings out its muscles. 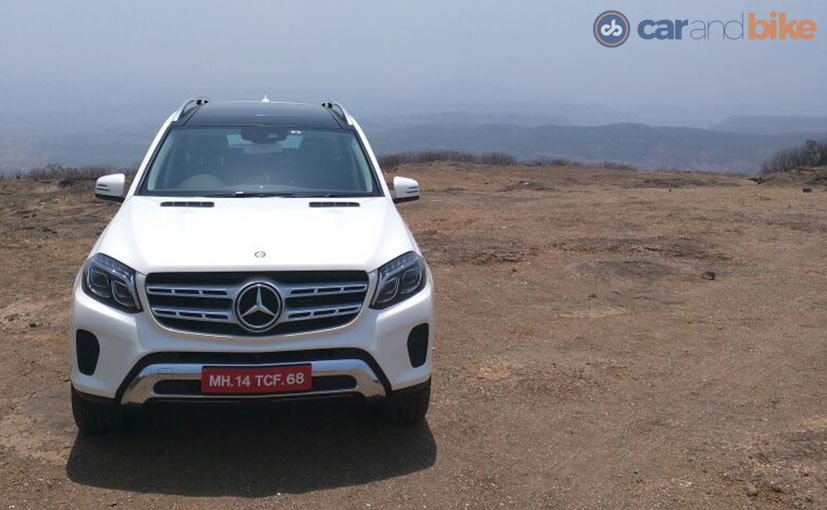 The head lamps have been redesigned and now come with Mercedes-Benz's signature multi-beam along with DRLs. The headlamps also adjust themselves automatically depending on the weather, lighting & driving conditions. The headlamp layout has been borrowed from the GLE & GLE coupe and we will see the same on the GLC as well which will soon be launched in India. The side profile of the car remains unchanged and the rear gets revised tail lamps and a fresh bumper as well. 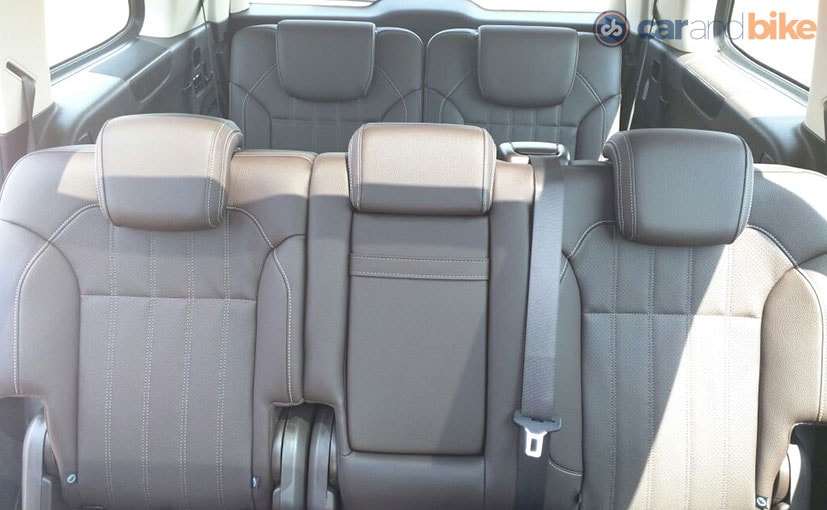 A Spacious Cabin for 7 Individuals

There is a reason why the GLS is considered as the S-class among the SUVs and it's all thanks to its classy appeal. With three rows of seating, there is enough and more room for 7 individuals. The seats come wrapped in leather and you see some of it on the three spoke multi- purpose steering wheel as well. There is an 8-inch multimedia display screen which comes with navigation and well, there's Apple Car Play as well. The display is all in high-res and that's why everything inside is visible as clear as daylight. Merc's latest COMAND Online infotainment system also makes its way into the GLS and this will help you to browse through websites on the go and even use preset apps. All you have to do is sync the phone's 3G/4G network to the system and you're connected to the world. 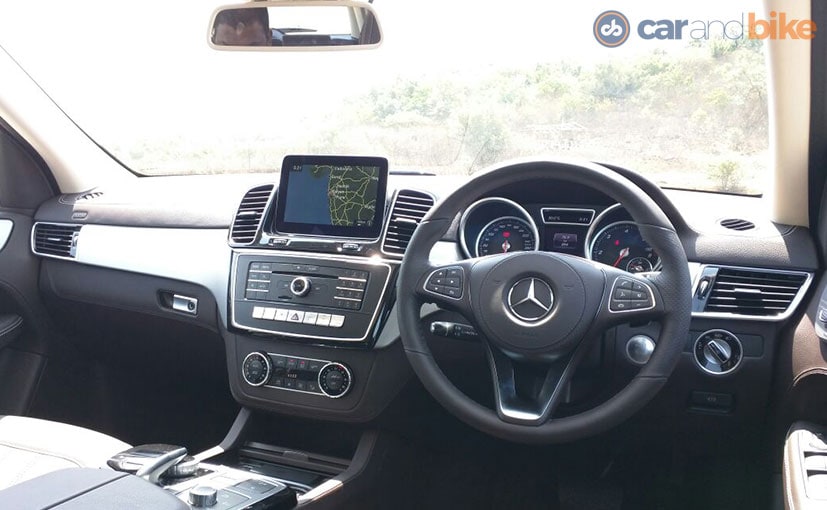 The screen at the centre also displays the 360-degree camera which comes in handy in tight situations especially considering the traffic we have to deal with in India. There's park assist as well, which we've seen in the GL, and these will help the chauffeurs who will usually end up using this car a lot. There's also a panoramic sunroof among other creature comforts in the car. 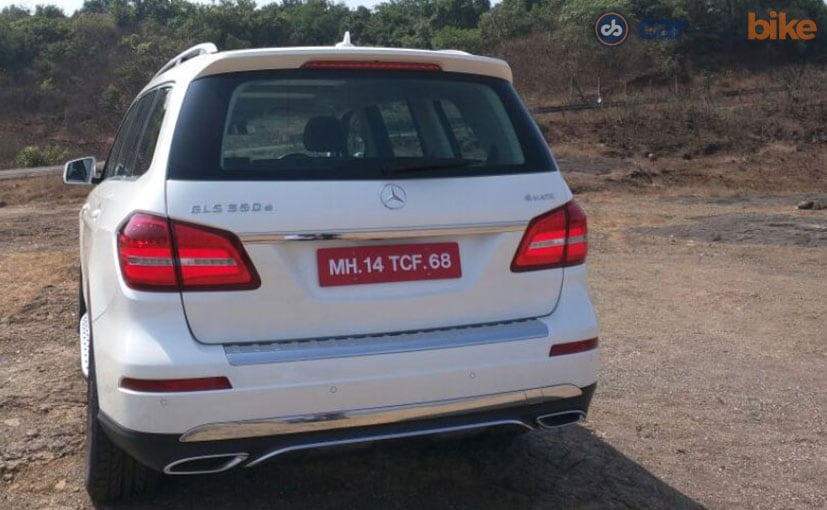 It's got decent boot space but not enough with all the three rows up. It stands at 295 litres which is more than what the Audi Q7 has to offer, but less than the Toyota Innova Crysta. Fold the seats and there's 2300 litres of boot space on offer and that's when space isn't a problem anymore. 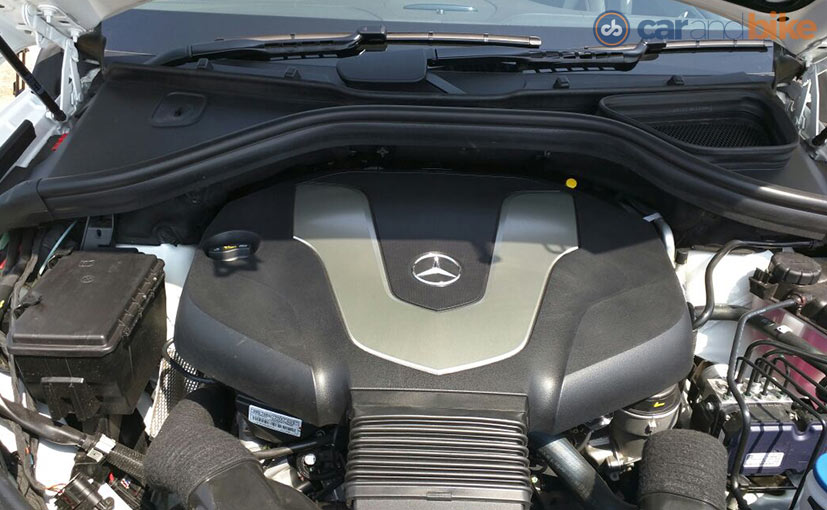 What isn't a problem either is the 3.0-litre V6 that hums a tune under the hood. As India gets only the 350d diesel engine, there is no dearth of power. The V6 churns out an enormous 258bhp and develops 620 Nm of torque. The GL 350d also shared the same engine block but what got me excited was the new 9-speed automatic gearbox. In driving modes (Comfort, Eco) the transmission starts from the 2nd gear for a smooth throttle response. Sport mode engages sees a completely different side of the car. It's eager to launch and the gearbox is extremely responsive. Behind the wheel, it's more or less like you're pushing the beast to the limit. The 620Nm torque is available from as low as 1600 rpm and this matched with the precision of the gear changes, just makes you wonder if you're driving a big SUV. The steering is a bit soft though and there's a bit of under steer on sharp turns. 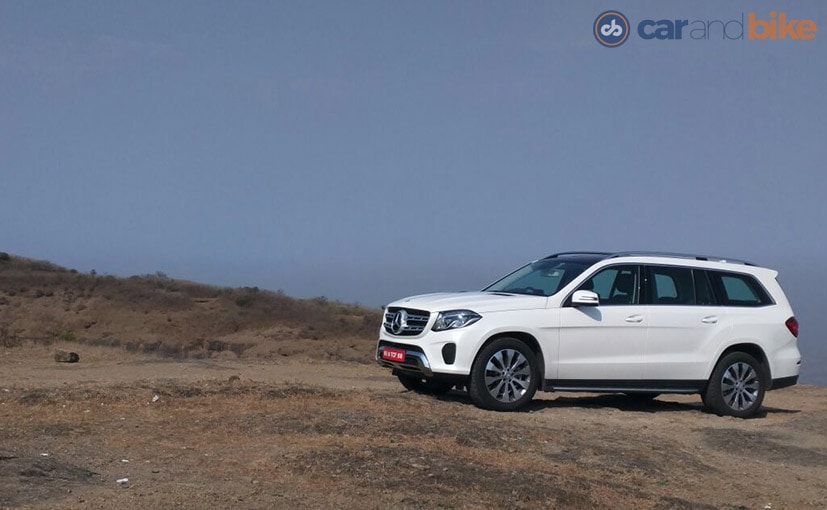 The GLS will come in two trims- Brown open-pore ash wood and light longitudinal grain aluminium and will be launched in India next week. The GLS will rival the likes of the Audi Q7, Volvo XC90 and Range Rover which will see the competition gaining new grounds. We don't expect Mercedes-Benz to be aggressive with the pricing and the car will be priced above the ₹ 80 lakh mark (Ex-showroom Delhi).

Yes, there's a more powerful Mercedes-AMG GLS63 which with the 577bhp is a menacing machine but that won't come to India before 2017. So, the GLS stays true to its tag of being the S-Class of SUVs and it looks pretty, drives well too but will it undercut the Volvo XC90 (the cheapest of the lot) Not really. We'll know more once the car is launched.