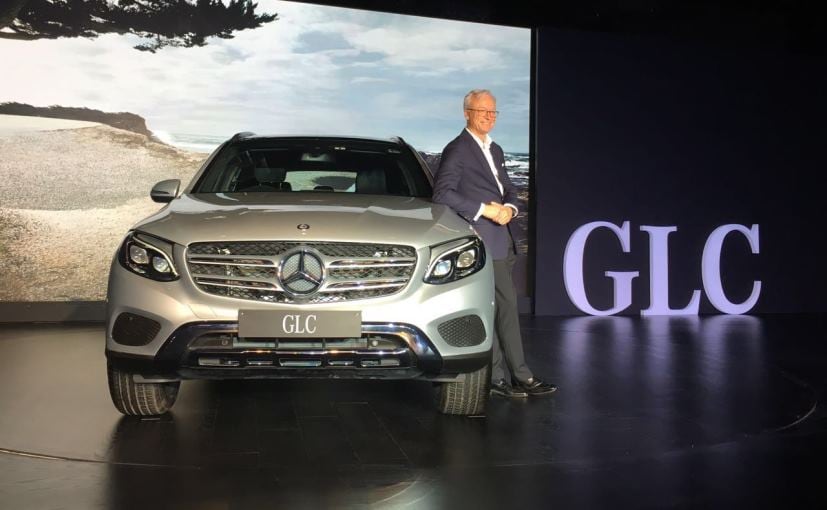 Mercedes-Benz India has officially launched the 2016 GLC luxury SUV in the country with prices starting at ₹ 50.9 lakh for the petrol version, going up to ₹ 50.7 lakh (all prices, ex-showroom, Pune) for the diesel variant. The Mercedes GLC started life as the GLK and was available only in the Left Hand Drive (LHD) guise. With the new generation, not only did Mercedes give the Mercedes GLC SUV its new moniker in-line with the new nomenclature, but also introduced the Right Hand Drive (RHD) version. The GLC locks horns with the BMW X3 and Audi Q5 in the segment.

Sharing its underpinnings with the C-Class sedan (Hence the nameplate), the Mercedes-Benz GLC gets a wheelbase of 2873mm, which is 113mm more than the sedan and enhances cabin space on the SUV.The styling too is in-line with the C-Class and the similarities are evident in the front. A twin-slat grille graces the front with a chrome finished faux skid plate, while the headlights are quite similar to the ones on the C-Class. The rear sports the AMG GT inspired tail lamps and twin exhausts surrounded by a good amount of chrome.The silhouette though is more estate-like, a thing we pointed out in our review. 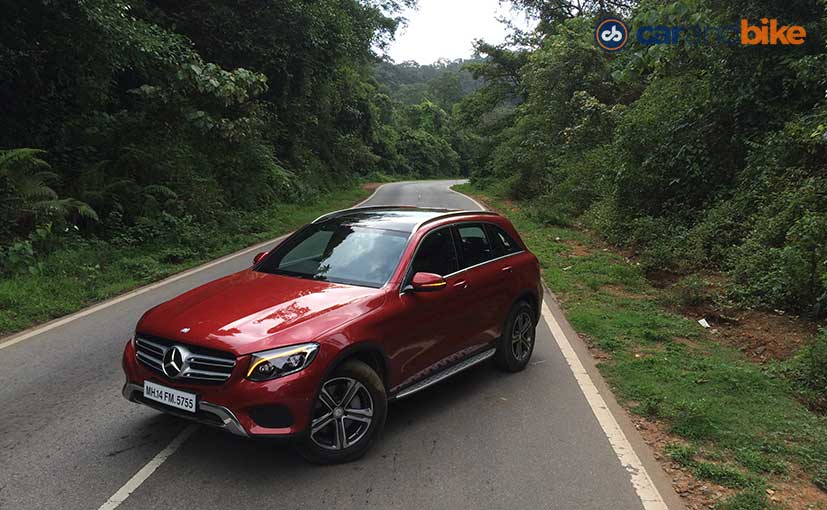 The cabin on the Mercedes-Benz GLC holds strong resemblance to the C-Class and gets impeccable fit and finish. A 7-inch infotainment screen gives out all the information including a 360-degree view of the SUV, while infotainment features include 20 CD stereo, Garmin-based navigation, 2 USB ports, Bluetooth connectivity and much more. The boot capacity stands at 550-litres, which can be expanded to 1600-litres with the rear seats folded down.

Mercedes-Benz is offering both petrol and diesel engine options on the GLC. The GLC 220d is powered by a 2143cc four-cylinder diesel motor that produces 170bhp and 400 Nm of torque. The GLC 300 petrol on the other hand, uses a 1991cc four-cylinder unit tuned for 245bhp and 370Nm of torque. Both units come paired to a 9-speed automatic transmission with power sent to all four wheels via the 4MATIC all-wheel drive system. 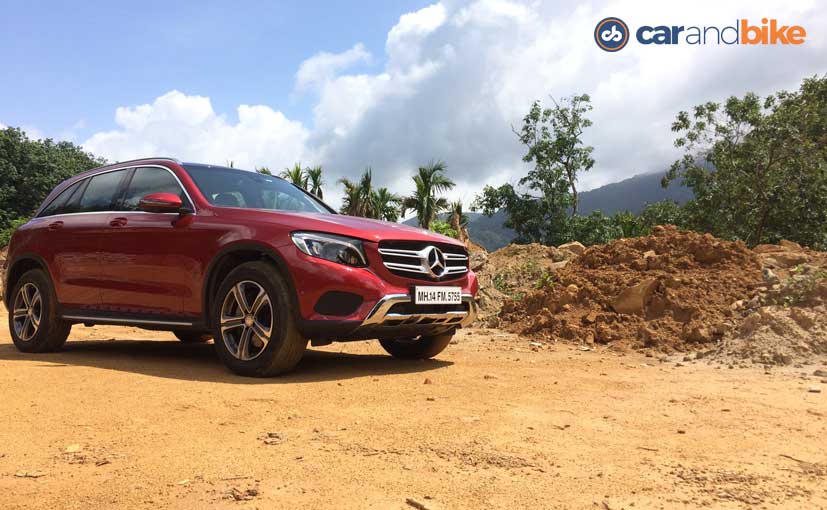 Talking about safety features, the Mercedes GLC comes loaded with parking assist, attention assist, adaptive brake lights, tyre-pressure monitoring system and even 7 airbags. The SUV also gets multiple driving modes and off-road settings that comprise of off-road, incline and slippery. You also get hill descent control as a standard feature. The GLC is being brought to the country as a CBU and will eventually follow Mercedes' usual plans of being assembled in India.