Early this week we told you that the Honda Mobilio facelift is set to be introduced in Indonesia. Ahead of its official debut, which was set for 13th January 2015, the new Honda Mobilio has been revealed with some considerable cosmetic changes. Mind you this is just a mid-cycle facelift so the changes are quite limited. That said, the updates do make the 2017 Honda Mobilio look a lot more appealing.

Honda has extensively worked up the exterior of the Mobilio facelift. The MPV now gets a new face and comes with new swept back horizontal headlamp with black details and LED daytime running lights (DRLs). The grill is all new and comes with a new fat U-shaped chrome slat and a sleeker one below it. The front bumper has also been redesigned and features some subtle muscular lines that can also be seen on the bonnet. The fog lamp enclosure looks identical to the one in the existing model but there is a new central air dam. 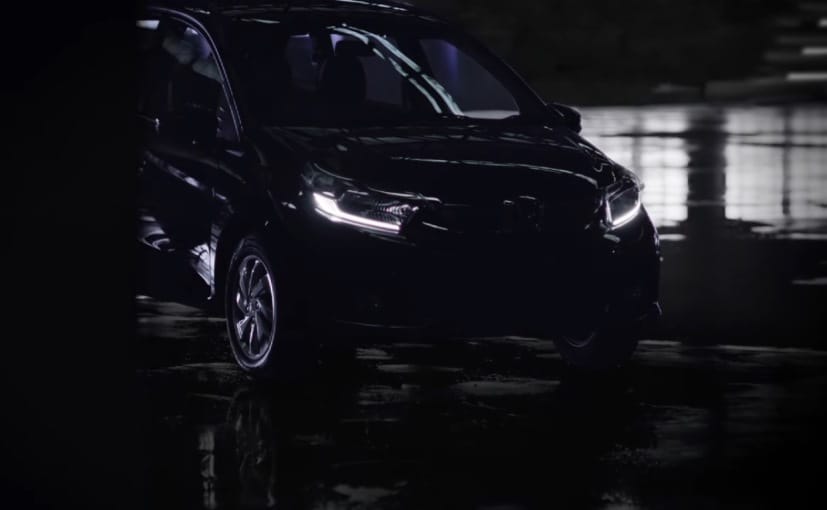 While the MPV now does come with new alloy wheels, the side profile appears to remain largely unchanged. The rear of the updated Mobilio is not shown in the new image but the updated Mobilio does come with a rear windshield wiper and updated taillights. Similarly, the interior of the 2017 Honda Mobilio is also yet to be revealed, which we hope to see by the end of this week. That said, the cabin is also expected to receive some refreshed styling with a couple of new features.

Globally this is the second facelift for the Honda Mobilio. And while the first facelift never made it to India it was launched in some select international markets. The powertrain details are yet to be revealed but the Mobilio is likely to continue with the same engine. However, it does get additional safety features like hill start assist and vehicle stability control.

All that said, it's still unclear whether Honda will launch the Mobilio facelift in India or not. This is mainly considering the fact that the Mobilio is the least selling Honda car in India if you exclude the Honda CR-V or the Accord Hybrid, both of which are import models. In India, the Honda Mobilio rivals the likes of Renault Lodgy, Maruti Suzuki Ertiga and even the Mahindra Xylo.

As for the ones that are sure to come to India this year include the Honda City facelift, which was recently spotted in India and the all-new Honda WR-V, which was unveiled in late 2016.