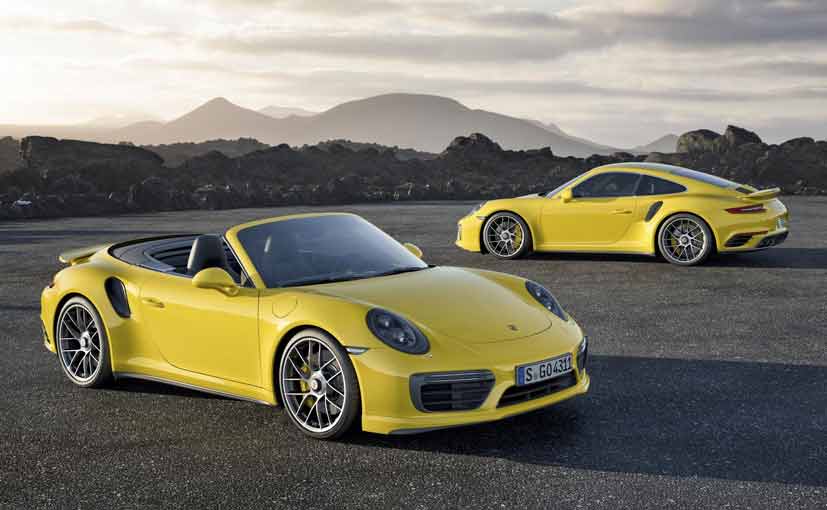 German luxury carmaker Porsche unveiled the 2017 facelift of its popular power twins - 911 Turbo and Turbo S. The cars will make their official debut at the 2016 Detroit Motor Show in the US and now come with sharper design language and lot more power under the hood. Porsche has packed in an additional 20 horses in the 2017 models over the previous ones.

In terms of design, the new Porsche 911 Turbo and Turbo S shares its striking design cues with the latest Carrera models along with its own signature characteristics. In terms of changes you'll see a restyled front end that includes precisely laid out narrow LED front lights along with double fillets, side-mounted air blades and a new central air dam. The cars now roll on brand new high-performance 7-double spoke, 20-inch alloy wheels, while the new tyres are each half an inch wider than the predecessor; but this change is only restricted to the 911 Turbo. The Turbo S gets the same configuration as the previous car. Additionally both the cars will be available in Coupe and Convertible versions as their predecessors. 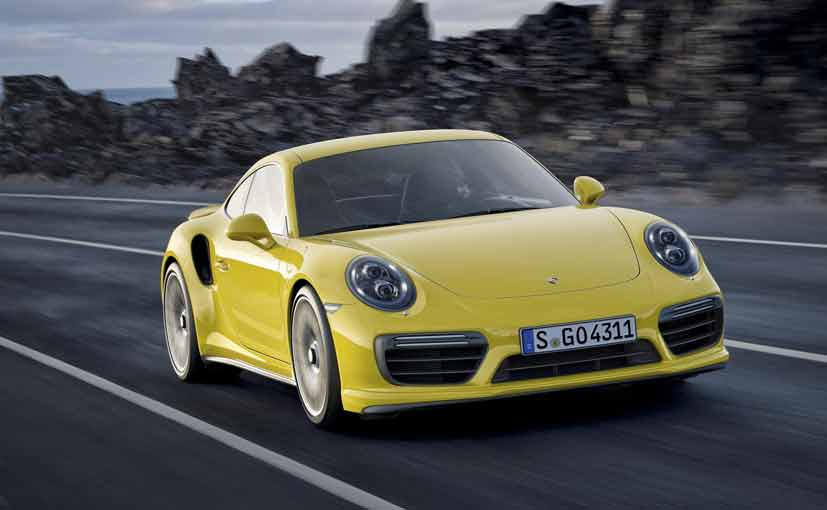 Some of the other features that you'll find in the 2017 models are the new GT sport steering wheel, similar to the one you saw on the latest 911 Carrera and four new drive modes. Now one can access four different driving modes, namely - Normal, Sport, Sport Plus and Individual, which can be triggered via something that Porsche calls a Mode Switch. Moreover the cars now offer the Porsche Stability Management (PSM) in the 911 Turbo models. A brief press of the PSM button on the centre console adds to its sporty credentials as it changes its stance altogether. Mind you, this mode is independent of the prevailing driving programme selected. 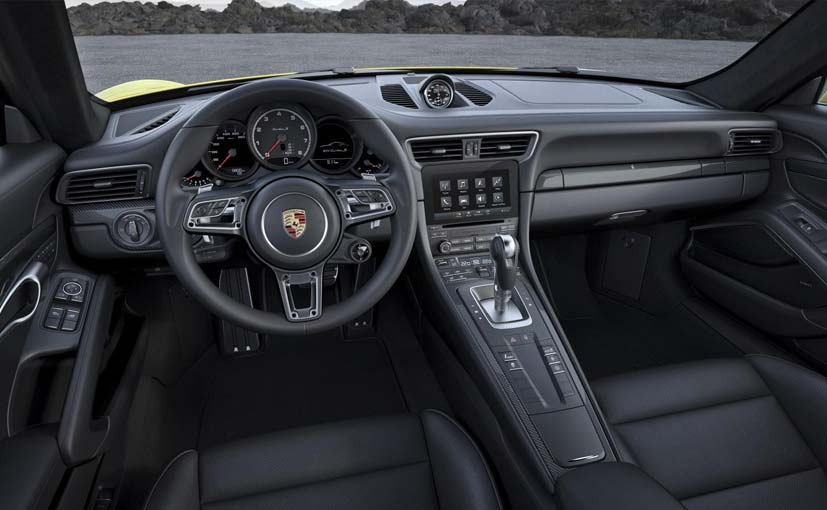 Coming to its powerhouse, the 2017 Porsche 911 Turbo and Turbo S sports a 3.8-litre, twin-turbocharged, flat-six engine that now produces a maximum power output of 533bhp and 572bhp respectively. Porsche has been able to add those extra 20 horses by modifying the inlet ports in the cylinder head, new injection nozzles and higher fuel pressure in the 911 Turbo, while the new turbochargers with larger compressors made the difference in the Turbo S. Porsche is still the only manufacturer to utilise turbochargers with variable turbine geometry in petrol engines. 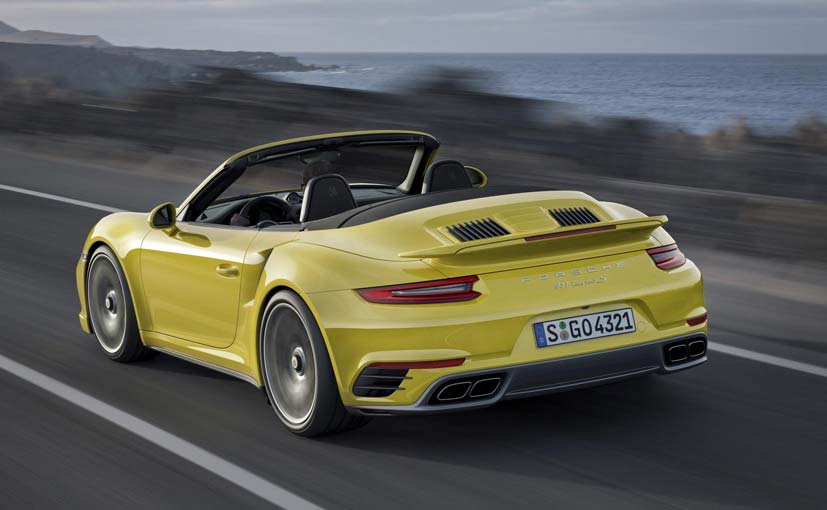 There's nothing official yet, but if things fall into place, we believe that both the models will eventually find their way to the Indian sub-continent. As for the International markets, the new Porsche 911 Turbo and Turbo S models will go on sale today, and first deliveries will arrive in Porsche Centres in the UK and Ireland at the end of January 2016.