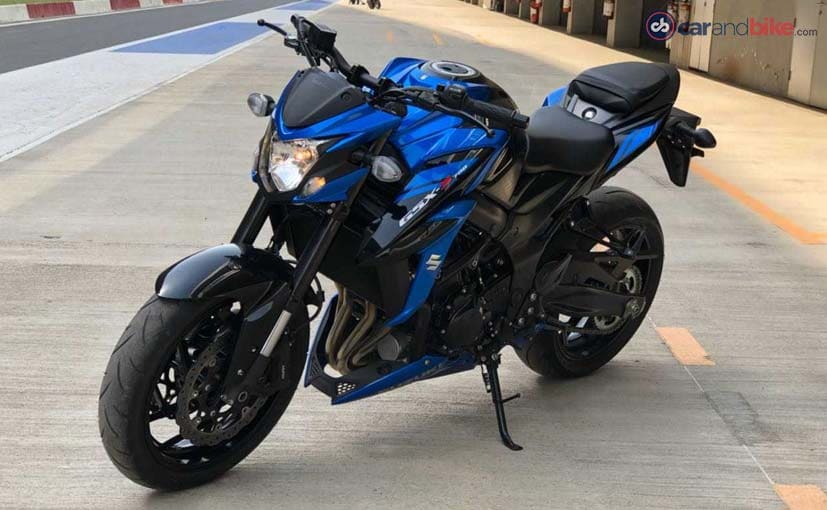 Introducing its first middleweight motorcycle in the country, Suzuki Motorcycle India has launched the GSX-S750 priced at ₹ 7.45 lakh (ex-showroom, Delhi). The new Suzuki GSX-S750 arrives about two months after it was first revealed at the Auto Expo 2018 for the Indian market and is the manufacturer's first locally assembled offering in the sub-1000 cc segment, and second CKD model overall, joining the Hayabusa.  The new GSX-S750 builds on the sporting DNA of the GSX-R series, taking cues from the Suzuki GSX-S1000 litre-class motorcycle.

Power on the the Suzuki GSX-S750 comes from a 749 cc in-line, four-cylinder, liquid-cooled engine tuned to produce 113 bhp at 10,500 rpm and peak torque of 81 Nm at 9,500 rpm. The bike gets a 6-speed gearbox, while the suspension setup is handled by 41 mm USD Kayaba forks at the front and a seven-step pre-load adjustable monoshock unit rear. Braking duties will be handled by discs at either end of the motorcycle, along with Nissin sourced Anti-Lock Brakes (ABS).

The new Suzuki GSX-S750 is limited on electronic intervention, which will be appreciated by those looking for a simpler and more involved riding experience. The street-fighter gets three-mode traction control that optimises the power output depending on the road conditions.

In terms of design, the Suzuki GSX-S750 offers a sharp styling identical to the S1000, featuring a chiselled fuel tank with vented front fender, a light rear fender and molded mirrors. The angular headlamp cluster looks sharp and is complimented by the additional plastic cowl for the indicators. The bike also gets LED taillights and split seats to complete the sporty effect. The bike rides on Bridgestone Battlax Hypersport S21 tyres.

That said, the Suzuki GSX-S750 is a naked sporty offering and emphasis has been given to keep things comfortable. The riding posture is upright, while the lack of a screen means minimal protection against the wind. All said, the GSX is a head turner and certainly boasts of a strong road presence.

The 2018 Suzuki GSX-S750 competes in a highly lucrative segment against the likes of the Kawasaki Z900, Triumph Street Triple, Aprilia Shiver 900 and the soon-to-be-launched 2018 Ducati Monster 821. Suzuki certainly undercuts most of its competition with a competitive price tag and that should keep the foot falls high at the bike maker's dealerships. Deliveries for the new GSX-S750 will commence towards the end of this month. Make sure to watch out for our review of the new street-fighter coming up soon.