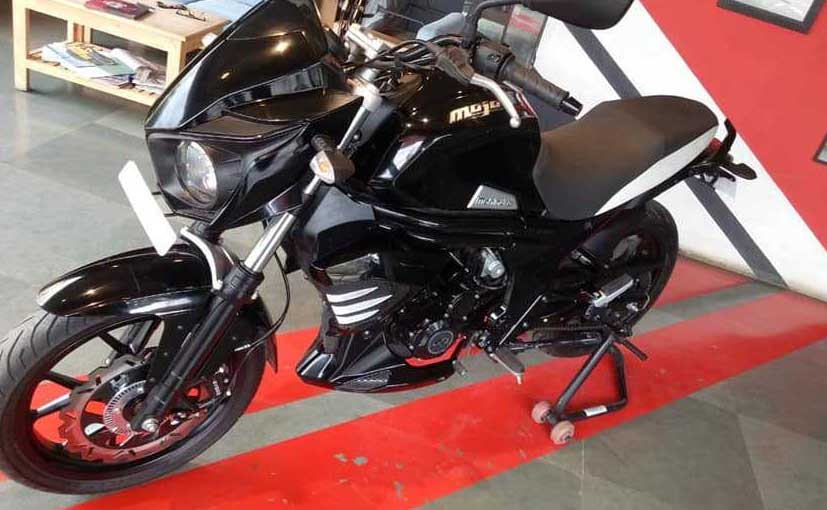 View Photos
The Mahindra Mojo 300 ABS is expected to be priced around Rs. 1.88 lakh (ex-showroom)

The Mahindra Mojo 300 is all set to go back on sale, albeit with the addition of ABS. In fact, the dual-channel ABS-equipped version has started arriving at dealerships and the model sports a number of mechanical changes too apart from the much-needed safety feature. Bookings for the Mojo 300 ABS have commenced at the company's outlets across the country while the launch is scheduled for later this month. The Mojo 300 ABS will also be the only variant to be on sale now, with the XT and UT versions effectively discontinued. 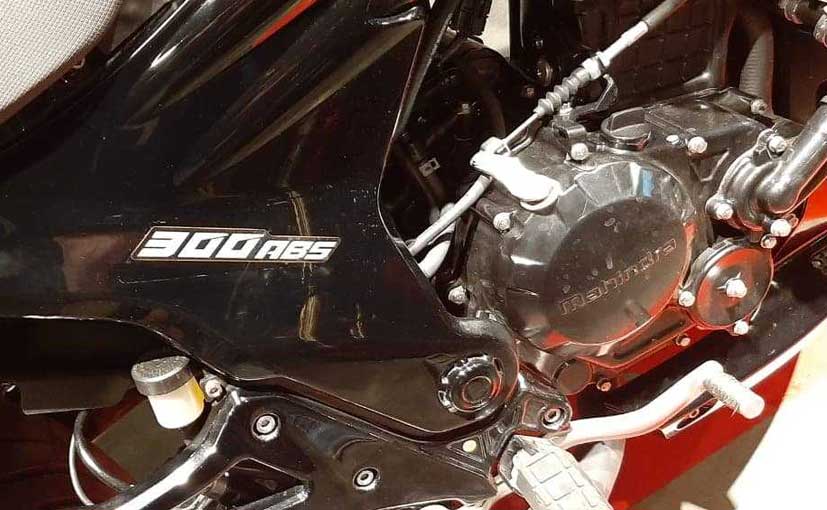 The 2019 Mahindra Mojo 300 ABS largely retains the same styling. Cosmetic changes are subtle with the bike now missing the LED daytime running lights, while the double-tube below the fuel tank is now finished in gloss black instead of gold that was a trademark feature of Mahindra motorcycles. The other big change are the new telescopic forks up front with a fork brace that replace the more sophisticated Upside Down (USD) forks on the older model. The new unit will not only be lighter but will also be more cost effective as well. Mahindra has also revised the rake angle, which is likely to be more upright and will make it easy to maneuver in the city and make easy change directions. The motorcycle continues to use the same semi-digital console but gets the ABS light as an addition. 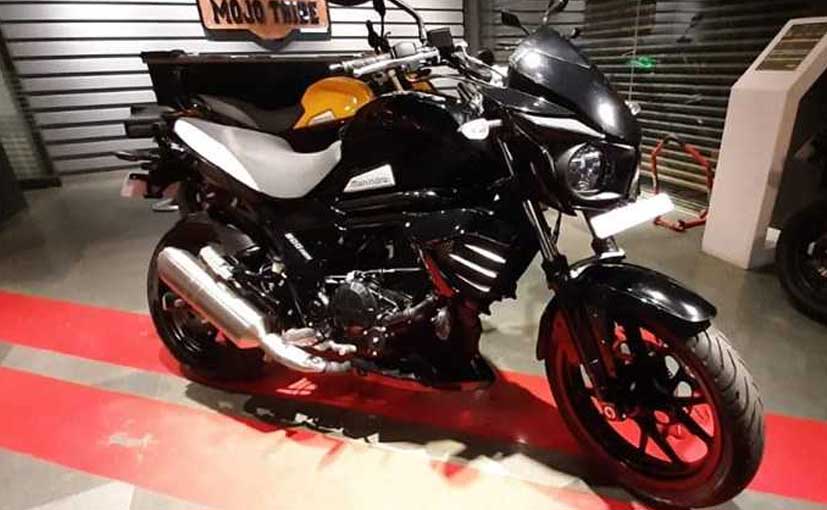 Mahindra has also done away with the dual silencer set-up Mojo 300 ABS, which was a standout feature on the motorcycle. Instead, you now get a right-side mounted exhaust that is positioned slightly higher for better ground clearance. The braking set-up is all-new and comes from Bybre with a 320 mm disc at the front and a 240 mm disc at the rear. The sprocket is bigger as well, which will help improve acceleration on the tourer. Lastly, the bike now comes shod with Pirelli Angel CT tyres as factory fitment. 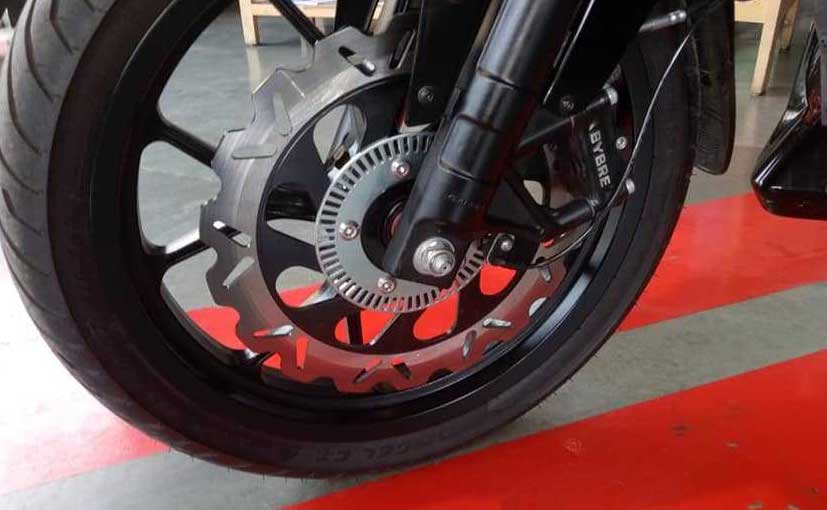 The brakes are new and are now sourced from ByBre instead of J.Juan

In terms of power, the 294.72 cc single-cylinder, liquid-cooled motor with fuel-injection will continue to power the motorcycle. In its current state of tune, the motor produces 26.8 bhp and 30 Nm of peak torque. The carburetted version has been discontinued. The engine comes paired with the 6-speed transmission. 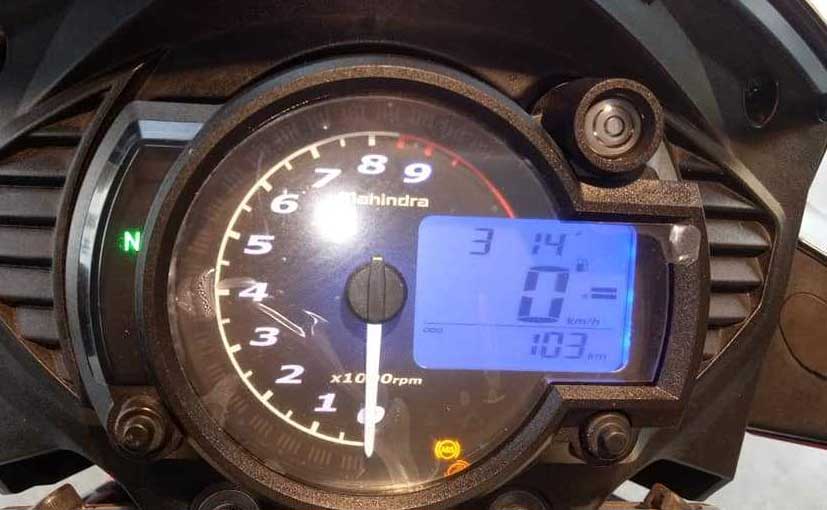 The 2019 Mahindra Mojo 300 ABS is almost here and the extensive list of changes does indicate that there will be a price hike over the older model. The older Mojo XT300 was priced at ₹ 1.80 lakh (ex-showroom, Delhi), and the 2019 edition is expected to be priced around ₹ 1.88 lakh (ex-showroom), which isn't too expensive than the older model largely due to the re-shuffle in a number of components and features. The bike will lock horns against a number of rivals including the new and improved Bajaj Dominar 400, KTM 250 Duke, Royal Enfield Himalayan and the likes.

KTM 200 Duke
₹ 1.73 Lakh *
View More
Subscribe to Our Newsletter
Over 1.5+ Lakhs subscribers
Thank you for Subscribing to Us