2020 Auto Expo: Several Automakers Decide To Give It A Miss While Many Remain Interested

The 2020 Auto Expo will have a mixed bag of participants with many automakers opting out of the event amid the prolonged slowdown, while many who didn't participated at the last event are keen to join in. 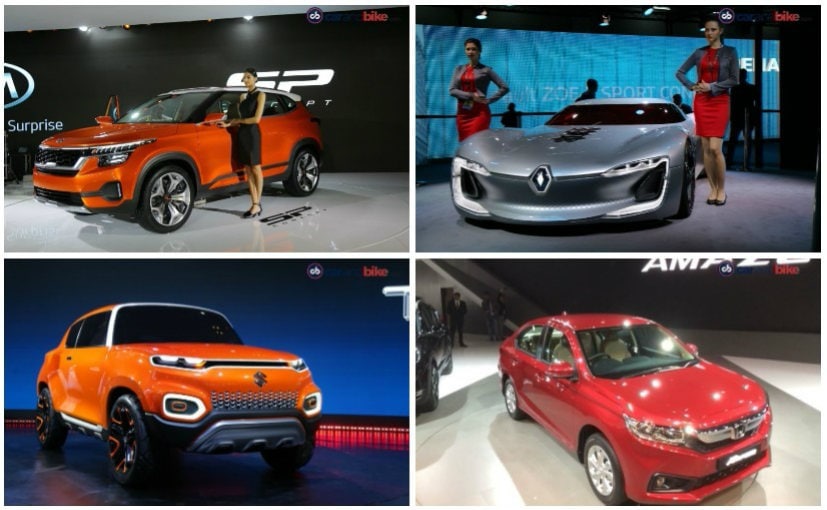 View Photos
Major automakers plan to give the Auto Expo 2020 a miss, owing to several factors

No other event in the Indian auto business is as big a grandeur as the Auto Expo. It's an occasion when automakers get a chance to put a majestic display and attract eyeballs around their product. However, amid the deterrent slowdown that has struck the auto industry, the big question is that how grand will the 2020 Auto Expo be and how many automakers will participate and will actually put up a big show. Afterall, opting out from such displays is one of the basic cost cutting measures which is now quite apparent after the last edition when many automakers chose to give it a miss.

If news reports are to be believed, there are quite a number of automakers who will be skipping the upcoming auto expo. Prominent carmakers like Honda, Ford, Toyota, Lexus, Volvo, BMW, Audi, Jaguar Land Rover and the entire Fiat Chrysler Automobiles (FCA) Group (including Jeep) have decided to let go this auto expo. Surprisingly, Citroen which is all set to enter the Indian market in a couple of years were to display its first India bound model have also opted out of the event. Speaking about the two-wheeler side of things, Hero MotoCorp has already revealed that it has no plans for the auto expo.

That said, there are quite some players in the auto business who still see relevance in such a grand affair and with so many not participating, they will get better exposure and more eyeballs for sure. For instance, Mercedes-Benz gets a chance to cash in the absence of its rivals and being the only prominent luxury carmaker at the 2020 Auto Expo. Other carmakers who are in are Maruti Suzuki, Hyundai, Tata Motors who will bring their first EV based on the Ziptron technology among others, Mahindra who will have a good mix of electric vehicles and SUVs on display, Kia that according to our exclusive report will show its next India bound model at the event, MG Motor will come with its EZs EV, Volkswagen that may come up with some interesting news about MQB A0 based models and will be joined by Skoda. And finally even Renault has decided to participate in the Auto Expo.

Besides the prolonged slowdown, a reason for many automakers opting out is also the increase in participation fees and floor or display areas charges which make it quite an expensive affair. The 2020 Auto Expo will be organised from February 7 to February 12 at the Indian Expo Mart, Greater Noida, Uttar Pradesh.