Having added the Audi S5 Sportback to his garage earlier this year, actor Ajay Devgn's latest ride is the big daddy of SUVs - Rolls-Royce Cullinan that was recently delivered to him. When not playing an upright cop or riding on two motorcycles at once, actor Ajay Devgn is known to be a car aficionado and has had an interesting line-up of cars in his garages over the years. In fact, he was the first owner of the Maserati Quattroporte in India, and only earlier this year, a witty answer on a chat show won him the Audi S5 Sportback. But it is the pinnacle of luxury that pleases Devgn and making quite that statement is the new Rolls-Royce Cullinan SUV that has just rolled up in his garage. With a price tag of ₹ 6.95 crore (ex-showroom), the Cullinan is as exclusive as it gets puts the actor in an exclusive list of Indian owners to bring home the British luxury SUV that includes the Ambanis and music industry mogul Bhushan Kumar. 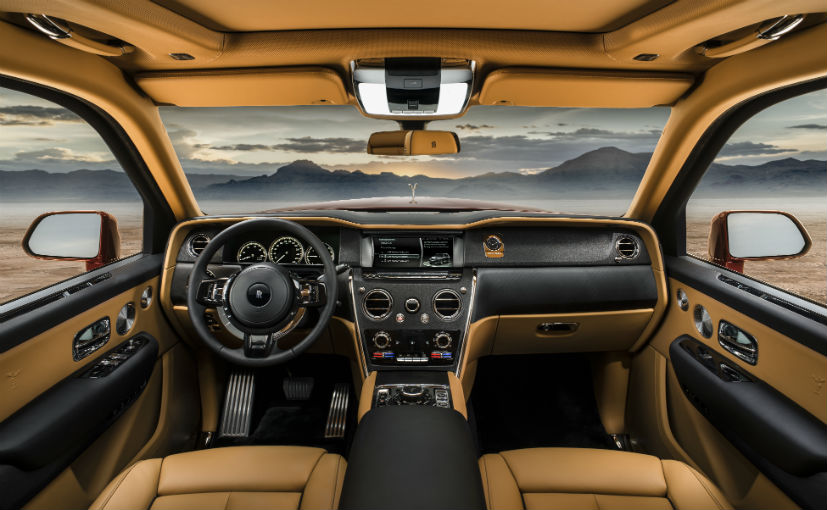 Apart from its pricing that makes it the second most expensive offering from Rolls-Royce, the Cullinan is also the company's first-ever SUV. Devgn's Cullinan is finished in a fine and very tasteful shade of blue. The automaker offers a host of customisation and personalisation options on the SUV including four or five seater configurations that adds individual seats in the second row. The 50-year-old actor is certain to have opted for a personal touch on what is the most expensive car in his garage. Considering the Cullinan is a bespoke build, the Ajay would've placed his order months before. 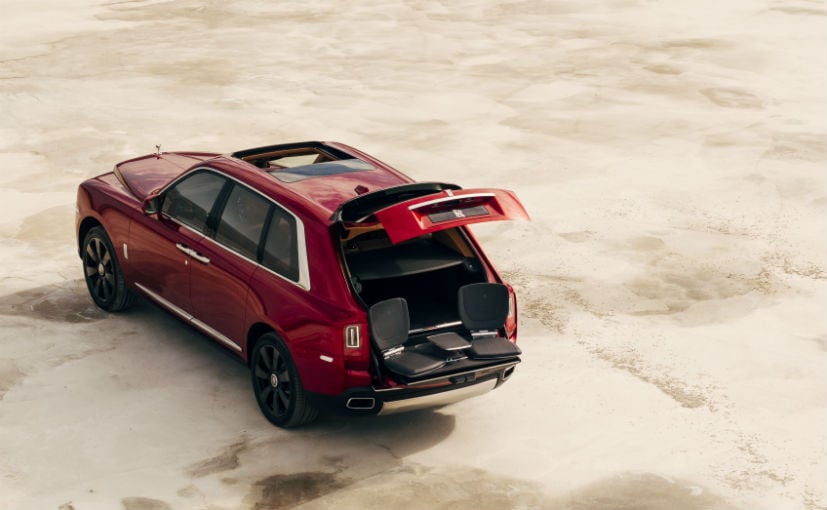 The Cullinan gets a third row, albeit with the seats more like a viewing gallery

So what exactly makes the Cullinan mighty? For starters, the Rolls-Royce SUV is powered by a 6.8-litre V12 petrol engine that produces 560 bhp and 850 Nm of peak torque. Given the massisve size, it comes with an all-wheel steering system that reduces the turning radius, while the Everywhere mode ensures that this Rolls can have fun off the tarmac as well. That said, most users will reserve their usage on the Cullinan to tarmac drives, and it certainly is fast for that with 0-100 kmph coming up in under five seconds with an electronically limited top speed of 249 kmph. The ride quality can be adjusted thanks to an air suspension, while a 360-degree camera with the birds-eye angle ensures you don't have parking woes on the SUV.

Apart from the Cullinan, the Devgn garage has previously seen cars like that Quattroporte, Mini Cooper, BMW 5 Series, Mercedes-Benz S-Class, Audi Q7, Mercedes-Benz GL-Class, Volvo XC90, and a modified Toyota Celica. The actor and his family is yet to be snapped with his Cullinan, but we do expect to see the actor make quite the entry, as he always does, very soon.

MotoGP: Valentino Rossi To Continue Racing In 2021, Signs With Petronas Yamaha SRT
Subscribe to Our Newsletter
Over 1.5+ Lakhs subscribers
Thank you for Subscribing to Us