The BMW X7 will be the largest SUV from the Bavarian carmaker. The BMW X7 has been tested around the world in different terrain ranging from ice and snow to desert and gravel tracks. 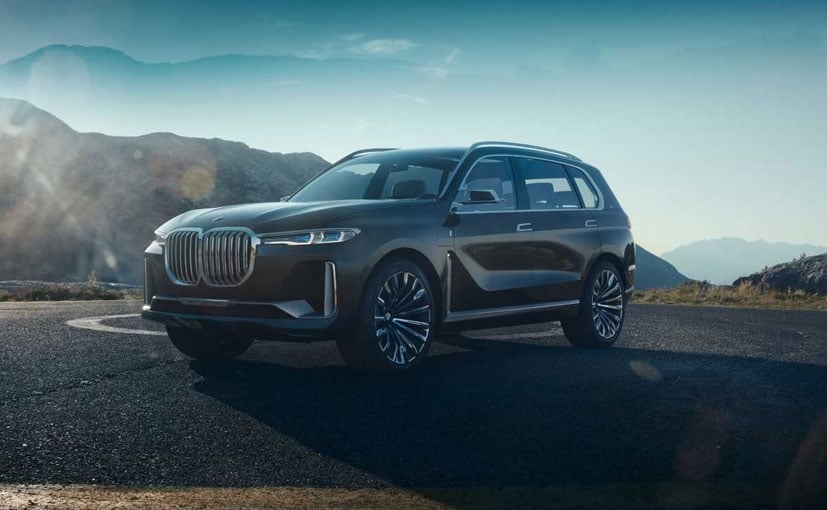 The BMW X7, the flagship SUV from BMW, will be unveiled at the 2018 LA Motor Show in November. The X7 will be the biggest SUV from the German manufacturer and will feature third-row seats. The X7 has been built at BMW's Spartanburg plant in South Carolina, US, and has already gone through several rounds of extensive testing on different terrain, ranging from ice and snow fields in the arctic circle to desert and gravel tracks in South Africa. According to BMW, the X7's off-road abilities are as good as how the SUV performed during tests in stop-and-go traffic as well as winding country roads.

The BMW X7 will be based on the X7 iPerformance Concept which was showcased at the IAA Motor Show in Frankfurt in 2017. The X7 iPerformance Concept had some peculiar design elements like the massive kidney-bean grille and sleek wrap-around headlamps, which grabbed many eyeballs. Though it's not clear how much of the concept's design elements will make it to the production model, the latest pictures of the camouflaged prototype released by BMW assures that the large kidney-bean grille will be retained. The pictures however only give us some idea of the X7's cabin, but from all indications, the interiors of the X7, including the dash and the central console, are more or less likely to be identical to the BMW 7 Series.

The X7 is also expected to feature a dedicated off-road package which includes air suspension, front and rear underguard panels, specific screens in the dashboard and dedicated off-road oriented driving modes which will offer ride height adjustability, as well as traction and stability control systems.

BMW has not revealed any details about which engines have been evaluated for the X7 line-up. We expect the 3.0-litre, in-line six-cylinder diesel engine to be the base powertrain for India which most likely will be mated to the eight-speed automatic gearbox. Being the flagship in the X Portfolio, all-wheel drive is expected to be standard across the X7 range. Global markets may also get the 4.4-litre petrol V8 and the plug-in hybrid models, but so far, there's no confirmation if these will be introduced in India.The BMW X7 will compete with the Range Rover and Mercedes GLS in India, once it's launched, sometime in 2019.