Ducati's most powerful production bike ever, the Panigale V4 R is now available for bookings in India with deliveries to start in 2019. Ducati India has started accepting bookings for the recently revealed Panigale V4 R. The Italian bike maker's most powerful production bike ever, the 2019 Ducati Panigale V4 R is the new top-of-the-line model in the Panigale line-up and is a World Superbike (WSBK) homologation special with a specific set of mechanicals. In-line with the  WSBK homologation requirements, the V4 R uses a 998 cc Desmosedici Stradale R engine that is actually smaller than the 1103 cc motor on the standard Panigale V4, but has been tuned to produce  221 bhp and 111 Nm of peak torque.

This has been achieved by lighter engine components and greater air intake efficiency. The engine revs faster than the standard V4 and redlines higher too at 16,500 rpm (13,000 rpm on the V4 S). The Ducati Panigale V4 R also comes with an optional Akrapovic race exhaust system, which will further push the power output to 234 bhp. The weight loss programme thanks to the lighter components has helped shed 2 kg over the V4 S and the V4 R tips the scales at 172 kg dry. 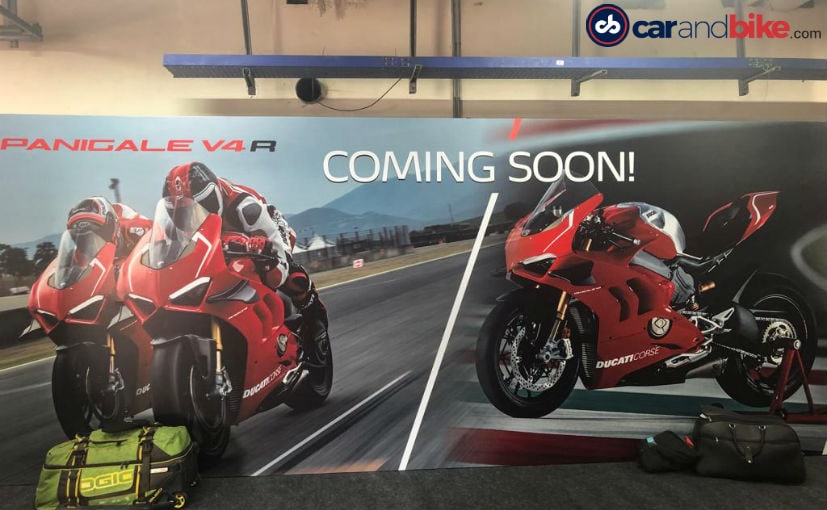 Visually too, the Ducati Panigale V4 R gets a host of changes including new fairing, new aerodynamics package and a bigger windshield. The new fairing sports twin gills for better engine cooling, and carbon fibre aerodynamic winglets that increase downforce on the front end under heavy acceleration.

There's no word on the pricing yet for the Ducati Panigale V4 R. That said, Ducati's most powerful production motorcycle won't come cheap or reasonable for that matter, so expect a price tag around the ₹ 1 crore mark. Deliveries, on the other hand, will only begin sometime in 2019.