The 1976 Harley-Davidson FLH 1200 Electra Glide was bought brand new by Elvis Presley shortly before his death, and was sparingly used. 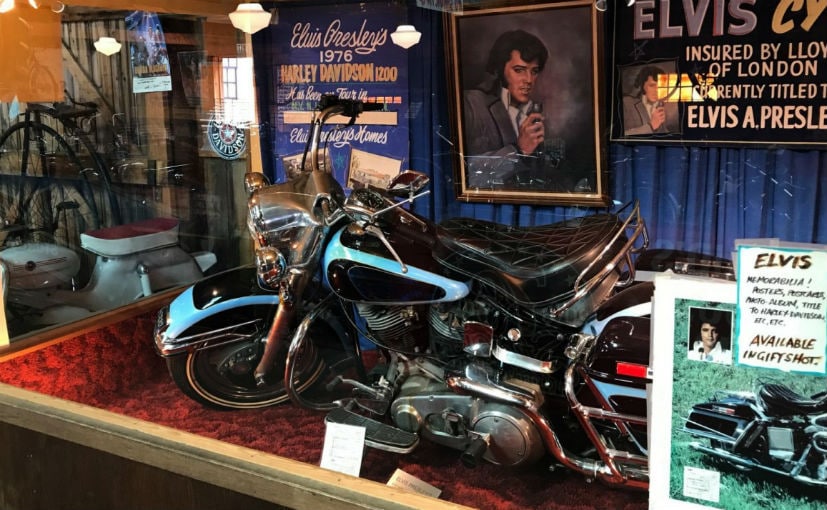 A 1976 Harley-Davidson FLH 1200 Electra Glide was recently put up for auction by GWS Auctions. The bike was initially expected to fetch as much as $2 million, and had the auction reached that ambitious estimate, the bike would have become the most expensive bike in the world. However, on August 31, the Harley-Davidson motorcycle fetched only a third of the estimated amount, and was finally auctioned off for $800,000 (around ₹ 5.7 crore under current exchange rates). While the final amount at auction did not end up meeting the expectations, it still made the 1976 Harley-Davidson FLH become the third most expensive bike in the world.

Elvis Presley had bought the bike brand new in 1976, and had personalised it with a custom paint scheme. He only kept the bike for three months before selling it to a Harley-Davidson dealership shortly before his death. Though the bike remained in Elvis's name, it was purchased by a new owner, who eventually lent it to Pioneer Auto Museum in Murdo, South Dakota, where it has remained on display for over 30 years. The bike has only 126 miles (just over 200 km) on the odometer.

The current world record price for a motorcycle at auction was set last year when Bonhams sold a Vincent Black Lightning for $929,000. Another high profile celebrity motorcycle, a Harley-Davidson Fat Boy, not owned, but ridden by Arnold Schwartzenneger 's character in Terminator 2: Judgement Day, fetched $ 512,000 at a Profiles in History auction. The Fat Boy used in the Terminator movie also became the second most expensive Harley-Davidson to ever sell at auction, behind a 1907 Harley-Davidson "Strap Tank" Single, which fetched $715,000.