Exclusive: Hyundai To Launch Two New Models Based On The New Santro's K1 Platform In 2019

An advanced version of the K1 Platform will underpin all the subcompact or sub-four metre models like the upcoming Vitara Brezza rival subcompact SUV and the next generation 2019 Hyundai Grand i10 hatchback. 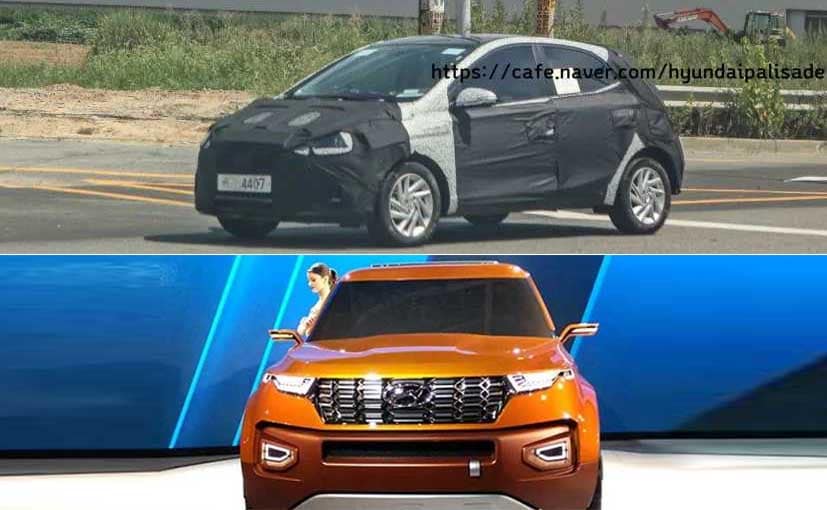 View Photos
Hyundai is planning two new models which will be underpinned by an advanced version of the K1 platform.

After bringing us its recent high-decibel new Santro, Hyundai India has some more ambitious plans for 2019. And they are all coming off the same platform. The Korean carmaker is planning two new models which will be underpinned by an advanced version of the all-new K1 platform. The K1 platform has made its debut with the new Santro already. The first is the much anticipated subcompact SUV codenamed QX1. The second will be the next generation of the Grand i10 (globally the i10 with a shorter wheelbase). Y K Koo, MD & CEO, Hyundai Motor India said, "We have launched the much awaited new Hyundai Santro, and a couple of launches will follow next year, which together should help us achieving a market share of over 30 per cent in the compact car segment in India." We have exclusive details on this from sources within the company. They have shared exclusively with carandbike, that in the future all sub-four metre cars from the Hyundai (and likely Kia) stable will be built on the K1 platform. The platform is light in weight, rigid enough to meet the crash requirements in various markets, and is versatile enough to wear several top-hats of varied size and shape - allowing both Hyundai and Kia to use it for various models in different body styles. For starters, Kia's subcompact SUV will also be based on the same platform.

Hyundai says the K1 platform is 63 per cent more rigid than the previous small car platform. It is a modified version of Hyundai-Kia's SA platform that spawns several compact models for the two brands globally. This includes the Kia Picanto and the current Hyundai Grand/i10. The QX1 subcompact SUV will take on the Maruti Suzuki Vitara Brezza, Ford EcoSport and Tata Nexon when it launches next year. The new platform will also give us the second generation Hyundai Xcent subcompact sedan in 2020. That car will of course go up against the recently introduced new generations of the Maruti Suzuki Dzire and Honda Amaze.

Hyundai will also look at brining in other cars to India next year of course. There is the launch of the Kona Electric SUV in 2019, followed by the facelifted Tucson compact SUV, and a likely reintroduction of the all-new Santa Fe fullsize SUV as well.