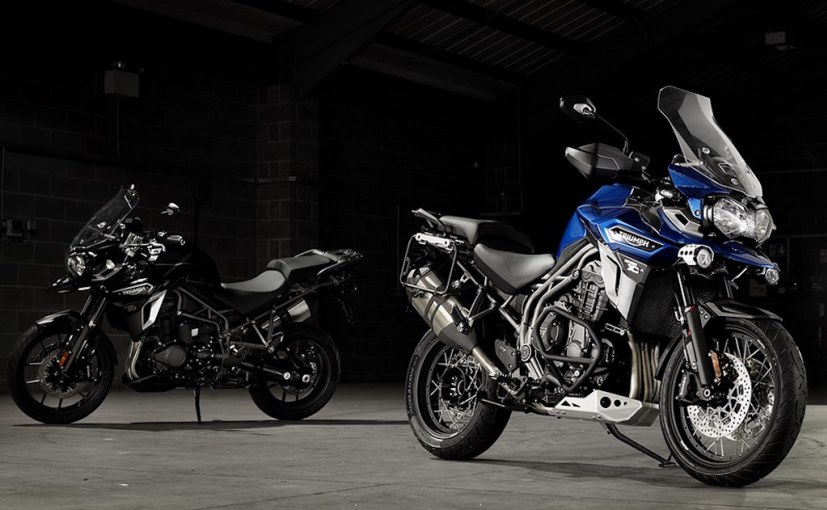 Having introduced the new Bonneville series in the country, Triumph Motorcycles India is now gearing up to launch the updated Tiger Explorer series that could hit the showrooms by the festive season this year. Sources close to Triumph India have told carandbike.com that the British bike maker will be introducing the updated Tiger Explorer range in late 2016, possibly around the October-November period. With the growing appreciation for high performance tourers, the Tiger series was well accepted by enthusiasts and has been one of the more popular models in Triumph India's lineup. For the 2016 model year, the Triumph Tiger Explorer range gets divided into six new models under two main variants - XR and XC with the former being a complete adventure tourer while the latter is inclined towards highway touring, similar to the Tiger 800cc lineup.

The 2016 Triumph Tiger Explorer XC range gets further divided into the XC, XCx and XCa; whereas the XR range comprises of the XR, XRx and XRt. Updates for the new year include subtle revisions to the styling that lends a sharper look courtesy of reworked side panels, revised headlight cluster and fuel tank. There are also new features on offer including an electrically adjustable windscreen, heated grips and seats, cornering ABS, Hill Hold Control (HHC) as well as traction control. 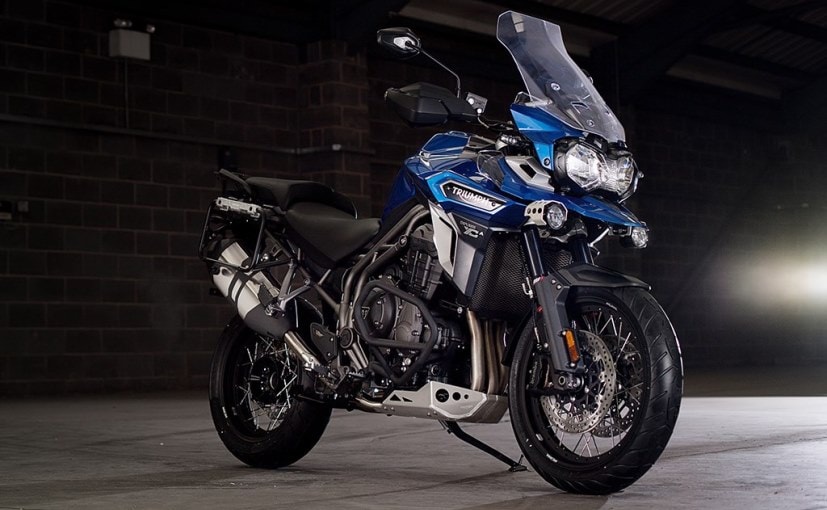 Furthermore, you now get five rider modes on the new Triumph Tiger Explorer series, which includes four preset modes including Road, Rain, Off-Road and Sport with the fifth capable of being customised to the owner's preferences. The top variants are fitted with the Triumph Semi Active Suspension (TSAS) that allows the rider to electrically adjust the front and rear damping and also adapts the rear shock pre-load setting depending on the surface. The base variants get a WP sourced suspension setup, while braking performance on all variants comes from Brembo calipers.

In terms of power, the 2016 Triumph Tiger Explorer series to use the same 1215cc in-line three-cylinder, 12-valve engine that produces 137bhp at 9300rpm and 123Nm of torque at 6200rpm. The motor is paired to a 6-speed gear shifter and is now Euro4 compliant, thanks to the larger catalytic converter and updated Ride-by-Wire (RbW) software. Prices for the current Tiger Explorer family start at ₹ 18.75 lakh (ex-showroom, Delhi) in the country and one should expect to see a marginal price escalation on the updated version.

Triumph Tiger 850 Sport Under Development; Launch Likely In 2021
25 minutes ago