We take a look at the 2019 Formula 1 championship and the top moments that made it one of the most incredible seasons in recent years. 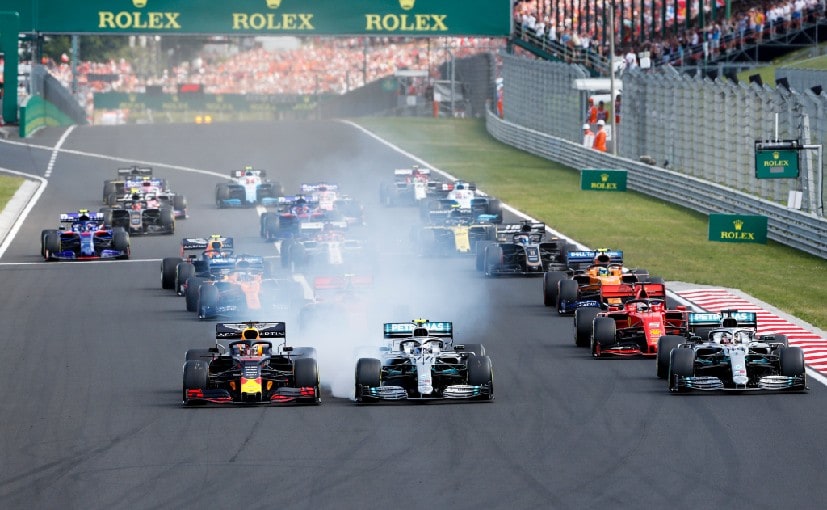 The 2019 Formula 1 championship finally came to an end yesterday as Lewis Hamilton took the final win of the year in the Abu Dhabi Grand Prix. The season was an incredible one, and it would be safe to say, it was one of the most action-packed ones as well in recent times. While Mercedes and Hamilton proved that they are the undisputed champions of the Formula 1 as we know it today, we also saw the meteoric rise of young drivers including Max Verstappen, who gave his best-ever performance to finish third behind the Mercedes drivers, while Charles Leclerc also turned out to be a force to reckon with, amidst a tumultuous season for Scuderia Ferrari. With the 2020 F1 season sometime away, here's a look at the top moments of the 2019 F1 season.

The 2019 season had a number of unpredictable races and that really brought back the excitement in the sport. The year also told us that battles were being fought even after the races ended. The season started with Valtteri Bottas making a striking comeback after a disappointing 2018 season. The Mercedes driver went on to win the Australia GP, and it seemed that were in for rivalry between the teammates for the top honour. Bottas did have a remarkable season in his own right but it wasn't enough to displace Hamilton from the top who put an exceptional show taking 11 wins out of 21 rounds in the year. 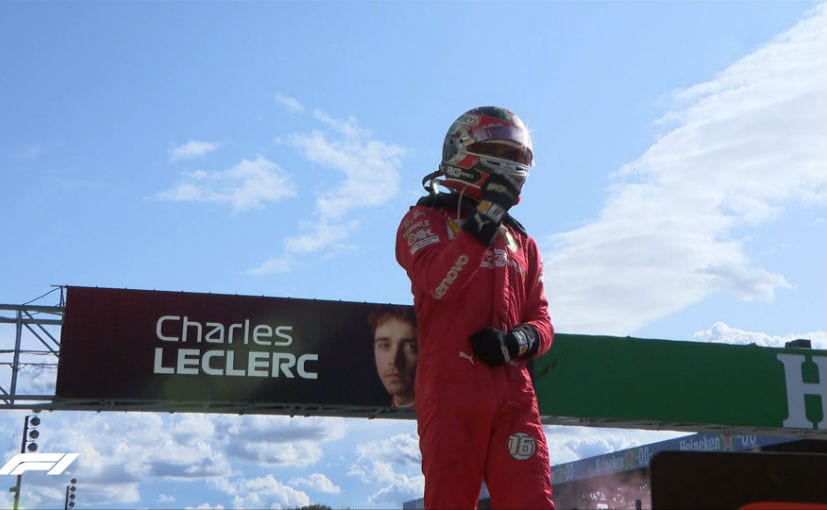 In fact, the 2019 Formula 1 championship featured five different race winners across the 21 rounds, with Hamilton winning the most, followed by Bottas, Verstappen and Leclerc and Sebastian Vettel. The sheer dominance between Hamilton and Bottas also led to Mercedes winning the Constructors' Championship with 739 points, while Scuderia Ferrari was a distant second with 504 points. In the Drivers' Standings, Ferrari rookie Leclerc turned out to be the top driver finishing fourth, ahead of Vettel who finished in fifth place.

Overall the Italian team took nine pole positions with Charles taking the most at seven. The young driver also picked up two wins for the team in the Belgian and Italian GPs after a few near-misses, while Seb took a single win in Singapore. The duo took a total of 19 podium finishes through 2019. 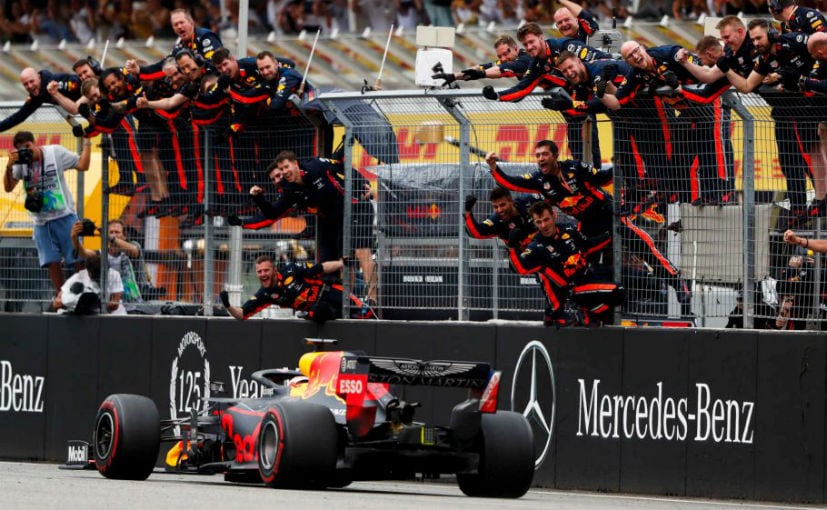 The breakthrough team that definitely made all the impact was Red Bull Racing with Max Verstappen behind the wheel. The driver showed a lot of maturity along with pace this season, which did convert into multiple wins for the team. Red Bull managed to finish third in the constructors' standings with 417 points. The testament to that was Verstappen's handling of the chaotic German GP that wiped out several drivers. The wet race had everything going against the drivers right from the 50-second pitstop, multiple retirements including Gasly, Bottas, Hulkenberg, Leclerc, Lando Norris, Ricciardo and Perez. Verstappen weathered the conditions to finish on top, bringing in the much-needed glory back for Red Bull and Honda, in the team's second win of the year after Austria.

The Austrian GP was one of the first instances where we saw the top three teams in contention. Pole-sitter Max Verstappen dropped to sixth on the opening lap, and it seemed the driver would not be able to recover. However, the Dutchman showed impressive pace as he picked on the drivers one by one, only to take the victory after an interesting battle with Charles Leclerc on Red Bull's home turf. It was a spectacle to see the two promising drivers in wheel-to-wheel action, setting up the battle that we would eventually witness in the races to come. 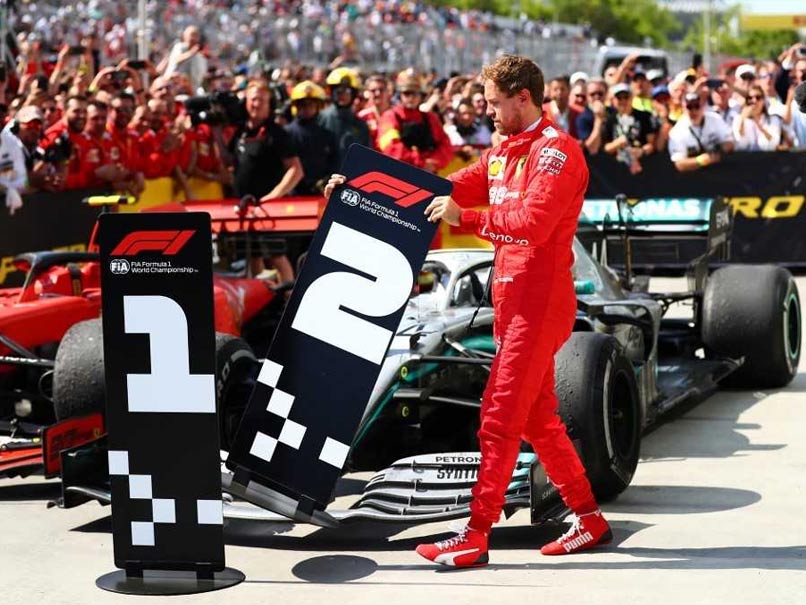 One of the most talked-about moments of the season was most definitely the drama that unfolded after the Canadian GP. Vettel was demoted to second from first for unsafely rejoining the track and almost pushing Hamilton into the wall. Vettel was handed a five-second penalty as a result and the German was clearly angry over it. So much so that he parked his car on the other end of the pitlane and swapped the position boards in parc ferme. The visual did leave a lasting impression spinning a number of memes and of course, debates over the next few weeks. As we said, there was no dearth of drama off the track!

The Brazilian GP was also one of the most interesting races with unpredictability making it so much fun. Verstappen won the race starting from pole position, while a series of events put Pierre Gasly on the podium in the best-ever finish for the Toro Rosso driver. It was also one of the few races where we saw Verstappen and Hamilton go head-to-head making for a spectacular sight of the top racers. The end finish though was Hamilton receiving a penalty and Carlos Sainz Jr of McLaren taking his first podium along with Gasly. The Brazilian GP was truly a crazy one! 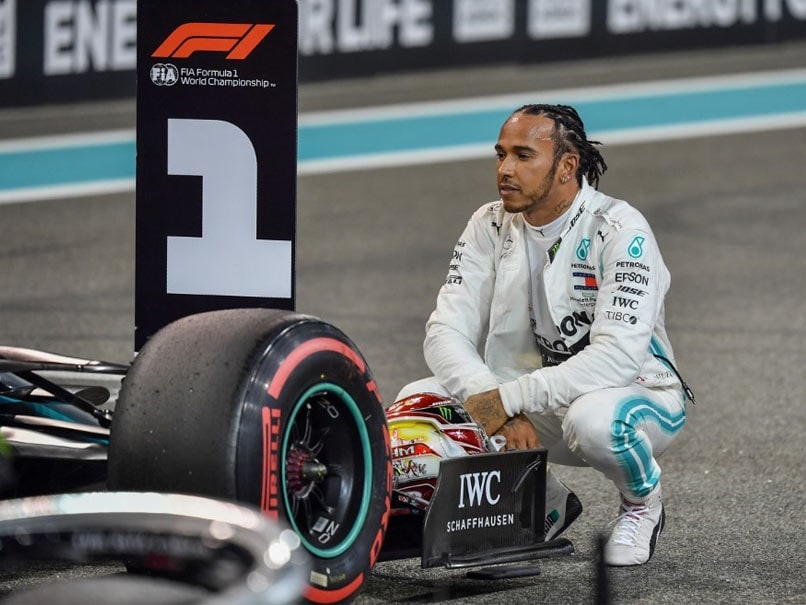 Hamilton scored the highest-ever points in a single-season by an F1 driver with 413 points in 2019 | Photo Credit: AFP

The 2019 F1 season was also one of the best for six-time world champion Lewis Hamilton. The Abu Dhabi GP marked his 250th race and the 50th time he won a race from pole position. It was also his fifth win on the Yas Marina circuit. The Mercedes driver also managed to set new records. He led every lap of a race for the 19th time, tying up with Ayrton Senna's all-time record. The Briton scored his sixth Grand Slam of his career and has taken the pole and fastest lap. He is now just two behind Jim Clark. Hamilton also secured his highest-ever single-season points total with a total of 413 points, besting his previous score of 408 points in 2018.