F1: Vettel Beats Leclerc To Win Singapore GP; His First Win In Over A Year 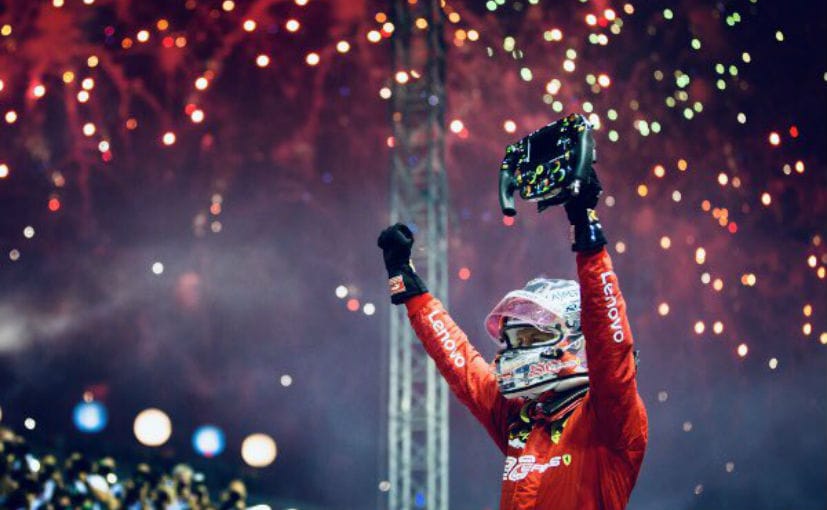 Scuderia Ferrari Sebastian Vettel rose to claim the victory in the 2019 Singapore Grand Prix, his first win in over a year and after 22 races. The driver denied the top spot to teammate Charles Leclerc, who finished 2.641s behind the race leader. Ferrari's decision to push Vettel though wasn't too appreciated by Leclerc, who thought it was "unfair" but chose to follow team orders. Taking the last spot on the podium was Red Bull Racing's Max Verstappen, securing his sixth podium finish of the season. 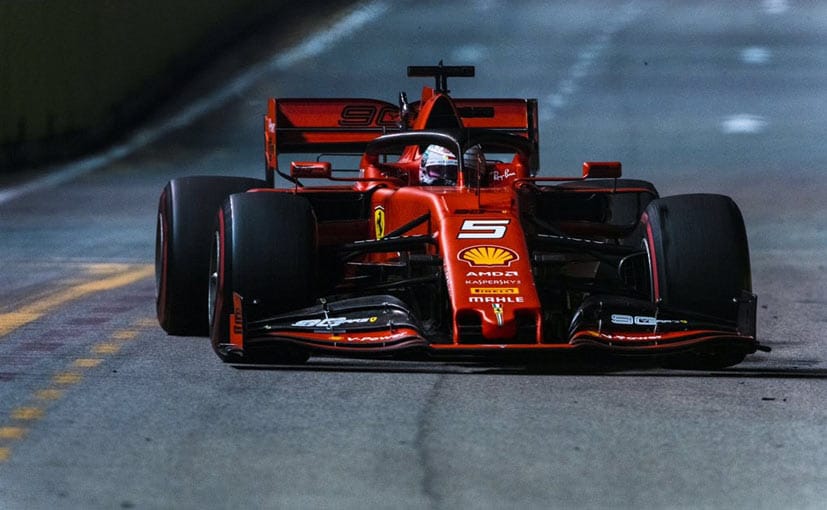 Leclerc started the Singapore GP on pole after an electrifying qualifying session, and led the race for the whole of the first part of the race. The top order comprised the two Ferraris, Hamilton and Bottas in the Mercedes and Verstappen in the Red Bull running close to each other. The front order was running too close for any breaks with the midfield running in reach as well. It wasn't until Lap 19 that the drivers started to pit allowing the top contenders to enter the pits as well.

Verstrappen was the first to pit from the top drivers, which was followed by a third placed Vettel entering the pits for a fresh set of rubber. Leclerc entered the pits on the next lap, but Vettel had the advantage to pass his teammate to take the lead. The decision did not go down well with Leclerc who said on the radio, "To be completely honest with you I don't understand the undercut." The move, nevertheless, pushed Ferrari into a 1-2 position, as opposed to one and three. 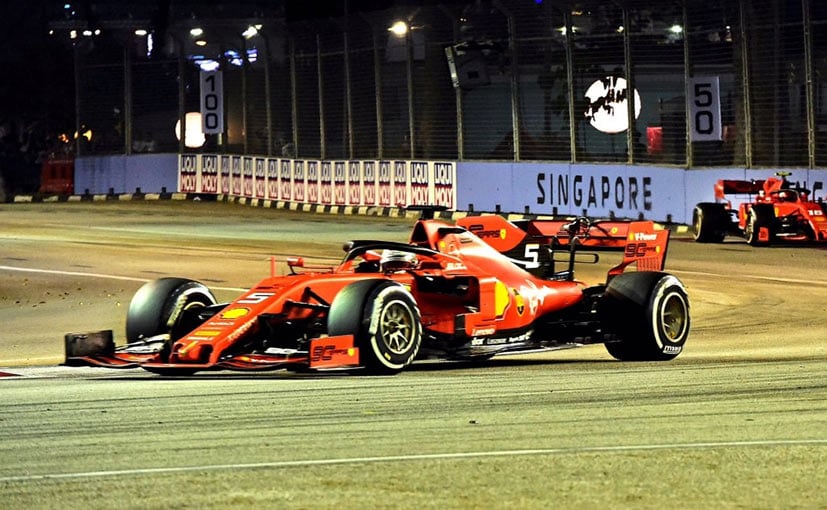 Although unhappy with team orders, Leclerc followed orders ending with a 1-2 finish for Ferrari

At Mercedes, Hamilton was the longest stay out on the original set of tyres for another six laps over Leclerc and saw his fade drop considerably. Starting second, the reigning world champion dropped to fourth, behind the both the Ferraris and the Red Bull after the pitstop. It also helped matters that Mercedes asked teammate Valtteri Bottas to slowdown and stay in fourth in order to prevent Hamilton from dropping further.

With all the action behind the two Ferraris, Vettel started to push as Leclerc started gaining on his teammate. But with three safety cars being deployed through the night race, both the Ferraris managed to retain their positions without an internal competition. The first safety car was deployed George Russell of Williams and Haas driver Romain Grosjean collided on Lap 36. The safety car was out on the track for the next four laps and when the race resumed, Sergio Perez of Racing Point had a breakdown on Lap 44, prompting the safety car to be called out again to clear his car out of harm's way. 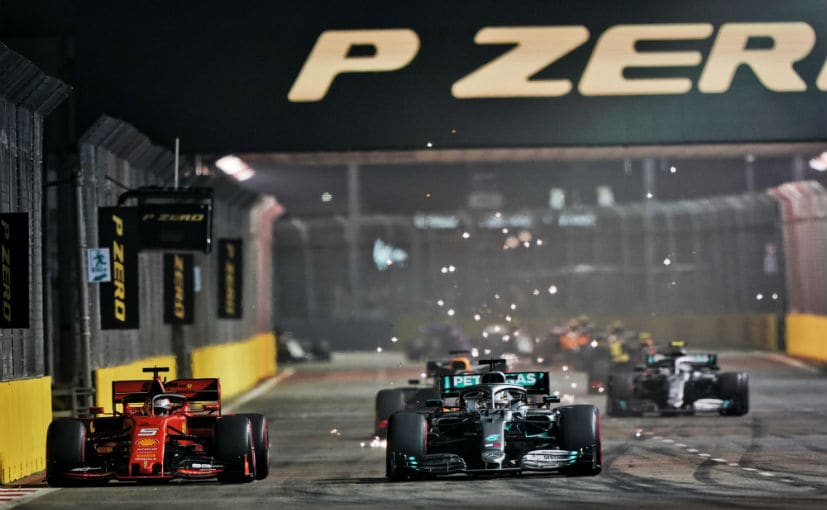 Hamilton stayed out longest on the original set of tyres and saw his pace drop dramatically, finishing at P4

The race ran for another three laps behind the safety car and Leclerc to be allowed to pass Vettel, but was told to "save his engine" and "bring the car home." The young driver responded with "Yeah, I won't do anything stupid - it's not my goal."

The final safety car came out on Lap 50 when Toro Rosso's Daniil Kvyat collided into Alfa Romeo's Kimi Raikkonen at Turn 1 of the lap. The safety car was out for one more lap, before the race started for the final time. Vettel remained undeterred thoughout taking the much needed win. Finishing behind Leclerc, Verstappen took third after fending off heat from Hamilton while Bottas retained his fifth place, finished 1.511s behind his teammate. 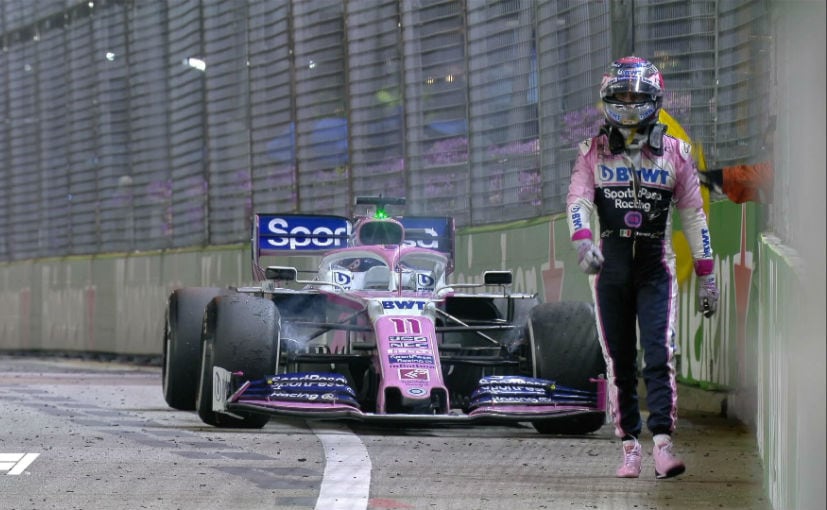 Sergio Perez had a mechanical failure on Lap 44, prompting the safety car on track

Alex Albon of Red Bull finished a distant P6, while McLaren's Land Norris managed to finish at P7 in an impressive run for him and the team, after teammate Carlos Sainz and Renault's Nico Hulkenberg crashed on the opening lap. Antonio Giovinazzi of Alfa Romeo took the final point in the Singapore GP.

Finishing outside of points was Grosjean at P11 after the crash dropped him down the order, followed by Sainz at P12 and Racing Point's Lance Stroll at P13. Daniel Ricciardo finished in 14th place, after an incident involving Giovinazzi who led the race briefly after a long stint. Kvyat finished 15th, ahead of Robert Kubica of Williams, while Kevin Magnussen of Haas was the last to finish the race.