The Vietnam Grand Prix will be hosted in the city of Hanoi, the South East Asian country's capital from April 2020 in what will be a street circuit. 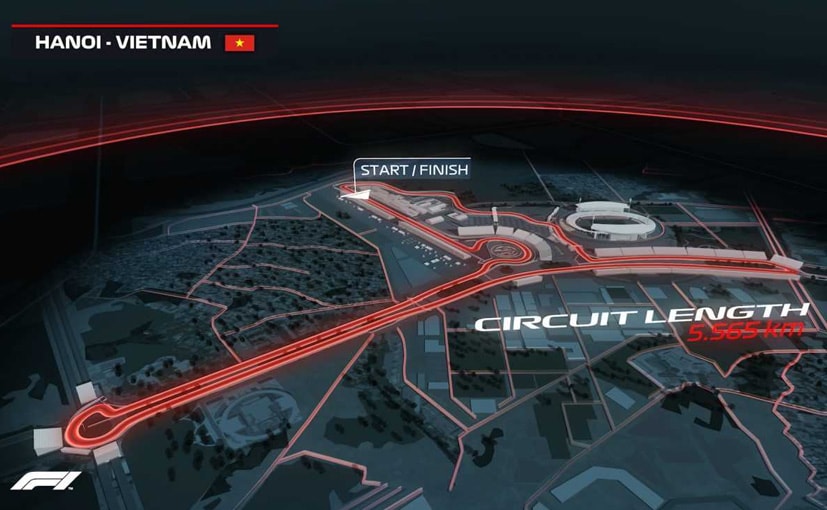 Adding a new venue to the calendar, Formula One has announced that the city of Hanoi in Vietnam will be hosting an F1 Grand Prix from April 2020. The Vietnamese Grand Prix is part of new F1 owners Liberty Media's commitment to the Asia region. The sport already hosts races in Singapore, China and Japan across the largest continent. The move is also expected to broaden the appeal of F1 and reach new audiences across the globe, the promoters said in a statement. Hanoi promoter, Vingroup, has signed a multi-year deal to host the Grand Prix. Vietnam will also become F1's fourth street race joining Monaco, Singapore and Azerbaijan with its unique 22-turn, 5.565 km track.

Speaking on the new venue, F1 - Chairman and Chief Executive, Chase Carey said, “We are delighted to announce that Hanoi will host a Formula 1 Grand Prix. Since we became involved in this sport in 2017, we have talked about developing new destination cities to broaden the appeal of Formula 1 and the Vietnamese Grand Prix is a realisation of that ambition. We are thrilled to be here in Hanoi, one of the most exciting cities in the world right now with such a rich history and an incredible future ahead of it. This is the perfect formula for Grand Prix racing and I look forward to this becoming a real highlight of the F1 calendar. Our motosport team, working in collaboration with the City of Hanoi and promoter Vingroup, has worked to enable a circuit that will not only test the drivers but also ensure that our fans enjoy the racing spectacle. We are really looking forward to seeing Formula 1 cars speeding around the streets of this fantastic city from 2020.”

Nguyen Duc Chung, Chairman, City of Hanoi said, “We are proud to be hosting the Formula 1 Vietnamese Grand Prix, and showcasing the city of Hanoi to the world with its special combination of ancient and moden beauty from 2020. It's a further demonstration of Vietnam's ability, as one of the fastest growing economies in the world to host events on a global scale and attract tourism to the country. It provides an opportunity for inward investment to Vietnam and importantly to bring the exciting wheel to wheel racing of Formula 1 to the people of Vietnam.”

F1's Motorsports team have worked with popular circuit design company Tilke to create a semi-permanent street track, which includes both existing and purpose-built roads. The track has taken inspiration from several renowned circuits across the globe including the Nurburgring, Silverstone, the Monaco street circuit, Japan's Suzuka circuit and Sepang circuit in Malaysia.

The circuit features a range of corners from a high speed esses, slow-speed hairpin bends and high speed long straights including one that is 1.5 km in length. The track is expected allow F1 cars to reach speeds up to 335 kmph through the speed trap. Construction for the circuit has begun and will be completed in a phased manner, running up to the inauguration in 2020.