The 2018 Ford Aspire facelift comes with a host of updates, both cosmetic, as well as mechanical. The car is offered with new petrol engines, and array of new and updated features. 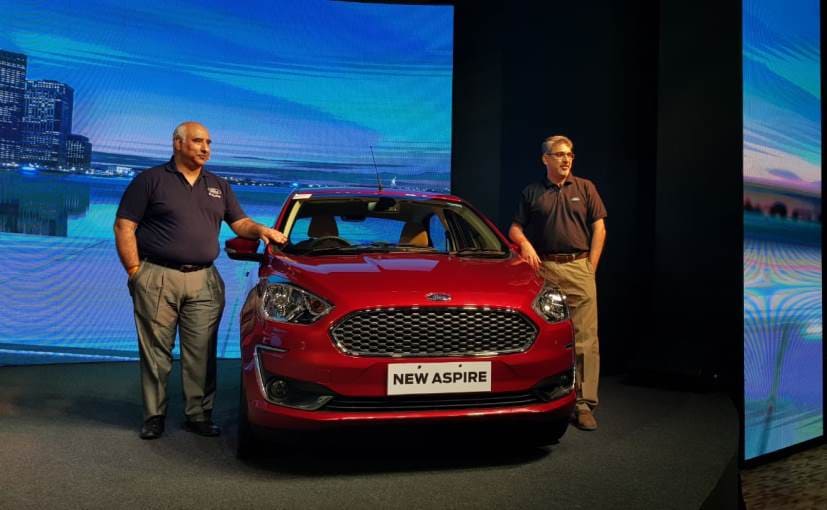 The 2018 Ford Aspire facelift has been launched in India at a starting price of ₹ 5.55 lakh (ex-showroom, Delhi). Available in both petrol and diesel engine options, the 2018 Aspire is offered in a total of five variants - Ambiente, Trend, Trend+, Titanium, and Titanium+, with the top-end model being priced at ₹ 8.49 lakh (ex-showroom, Delhi). Bookings for the car have been underway for over a week now and deliveries will commence from today onwards. In India, the car will rival the likes of the Maruti Suzuki Dzire, Honda Amaze, Volkswagen Ameo, and the Tata Tigor, among others. 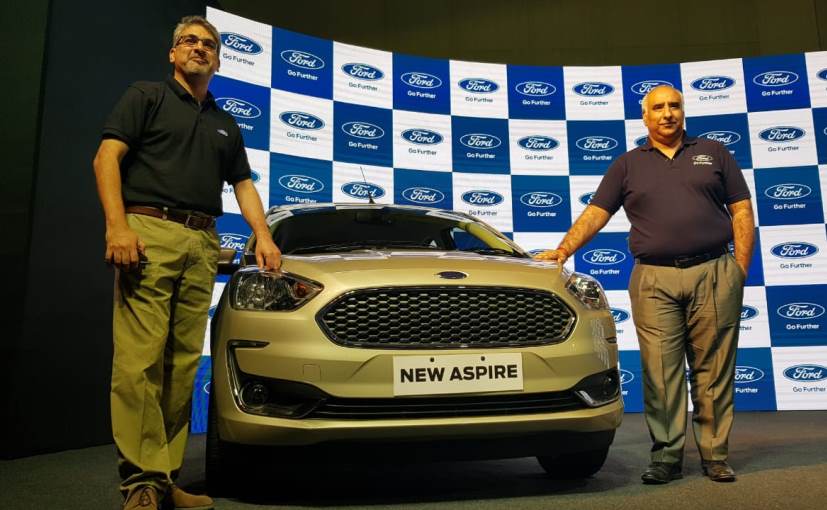 The former makes about 95 bhp and develops 120 Nm of peak torque, while the bigger 1.5-litre unit offers 123 bhp and 150 Nm of torque. The 1.2-litre unit comes with a 5-speed manual gearbox as standard, while the latter comes equipped with the 6-speed torque converter. 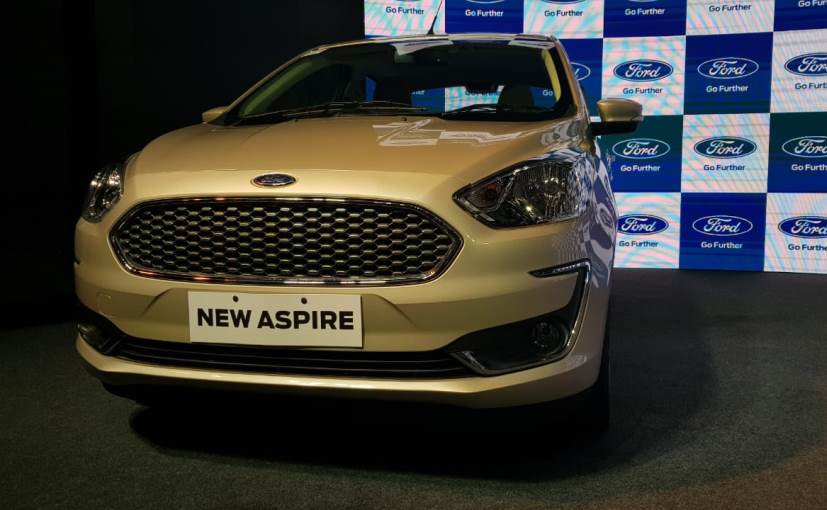 The diesel variants of the car will come with the tried and tested 1.5-litre TDCI engine that powered pre-facelift model. The 1498 cc, four-cylinder oil burner makes 99 bhp at 3750 rpm and develops 215 Nm of peak torque between 1750 to 3000 rpm. The diesel engine comes paired with the same 5-speed manual gearbox as standard.

Visually the 2018 Ford Aspire facelift comes with a new face sporting a honeycomb pattern grille with revised headlamps cluster. The front bumper is also new and comes with a handlebar-moustache-like black design element housing the central airdam, round foglamps and C-shaped chrome elements on either end. The Aspire facelift also comes with new multi-spoke alloy wheels, updated ORVMs, while the rear features a pair of revised taillamps with a thick chrome slat on the boot lid, connecting the two light units. 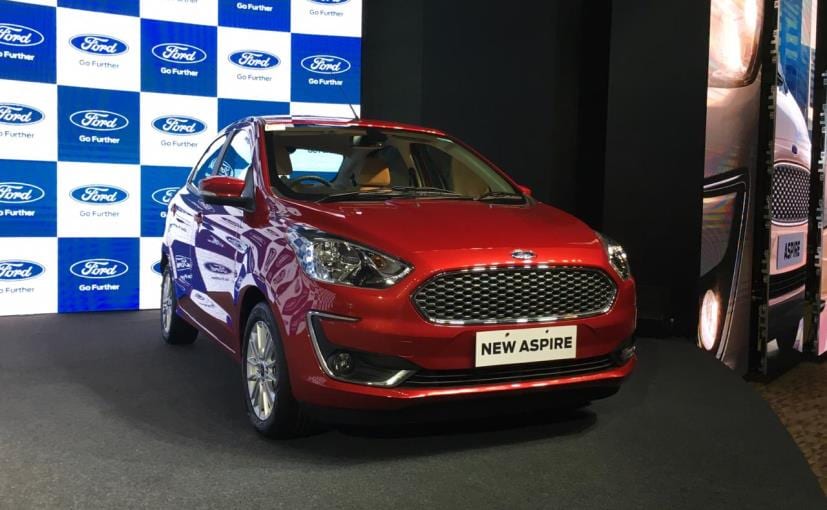 The new Aspire's cabin comes with a similar beige and black dual tone interior with slightly restyled front seats. The dashboard has been updated with a new infotainment system, which is a floating unit similar to EcoSport and Freestyle. The infotainment system comes with an 6.5-inch touchscreen display that will support Ford's in-car connectivity system SYNC3 in addition to Apple CarPlay and Android Auto. The car also comes with new aircon vents along with illuminated USB sockets, auto climate control and a start-stop button.