While in many cities fuel retail prices have even breached the Rs. 90 mark, it is being retiled at triple digits in some parts of Rajasthan.

View Photos
Fuel prices have been hiked by 34 paise.

Fuel prices have been hiked yet again in the country by 34 paise, crossing the ₹ 80/litre retail price mark in the national capital. Petrol is being retailed at ₹ 89.88 per litre in Delhi today while diesel is being retailed at ₹ 80.27 per litre. While in many cities fuel retail prices have even breached the ₹ 90 mark, it is being retiled at triple digits in some parts of Rajasthan. Petrol will cost you ₹ 100.49 per litre in Sri Ganganagar and diesel is being sold at ₹ 92.47 per litre.

Petrol is being retailed at triple-digits in some parts of Rajasthan. 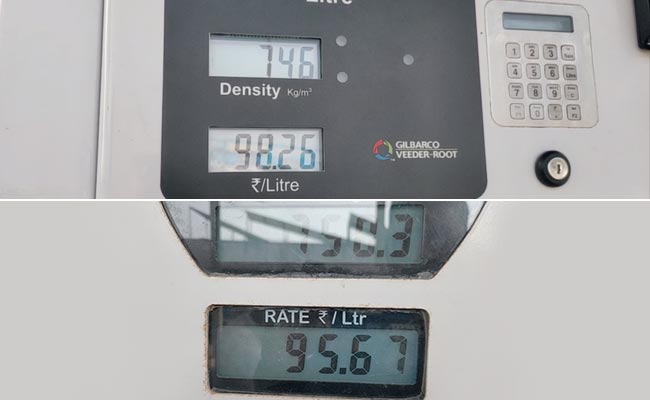 Petrol prices have crossed ₹ 90 mark in many cities.

The perpetual hike in fuel prices is primarily attributed to the soaring rates of Brent crude oil. On Monday, Brent crude oil prices for April delivery reached $60 per barrel which is the highest in a year. It is further aided by economic revival hopes and supply curbs by producer group OPEC and its partners. Rising crude prices are impacting petrol and diesel rates in India and it is expected to continue further, till the fluctuation stabilises. In fact, the Reserve Bank of India had asked the Centre to cut petroleum prices, but the government officials in the know of the development said it is highly unlikely that the Centre will reduce the excise duty.